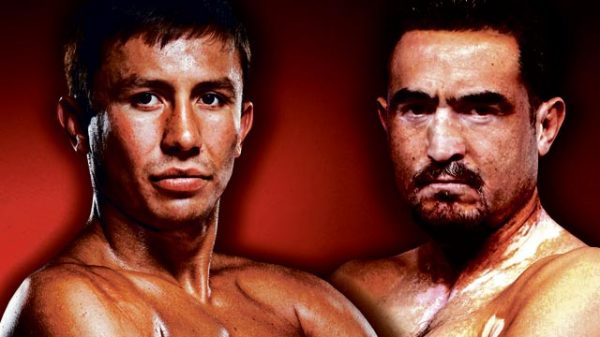 Fight week is halfway through, and throngs of Gennady Golovkin (GGG) and Marco Antonio Rubio fans are counting down the hours until Saturday's middleweight title bout. This fight is on every hardcore boxing fan's can't-miss list, but some out there might be wondering whether this fight really matters. Those unsure about the fight might be asking, given GGG's utter dominance of late, is the ending on Saturday night a forgone conclusion?

For those fans on the fence, here are the top three reasons you will regret not being glued to your couch when Michael Buffer yells out the most famous catchphrase in sports today.

1) The Drama Is In The Numbers

GGG's stats are phenomenal. He's undefeated in 30 fights and riding a 17-fight knockout streak that, although not record-breaking, is impressive because of the quality of recent opposition and the frequency of his bouts. Everything about his in-ring performances matches up with the rumors and hyperbole about his dominance in the gym — and that almost never happens.

But it's Rubio's numbers that really bring intrigue to this matchup. Rubio is taller, by three and a half inches. 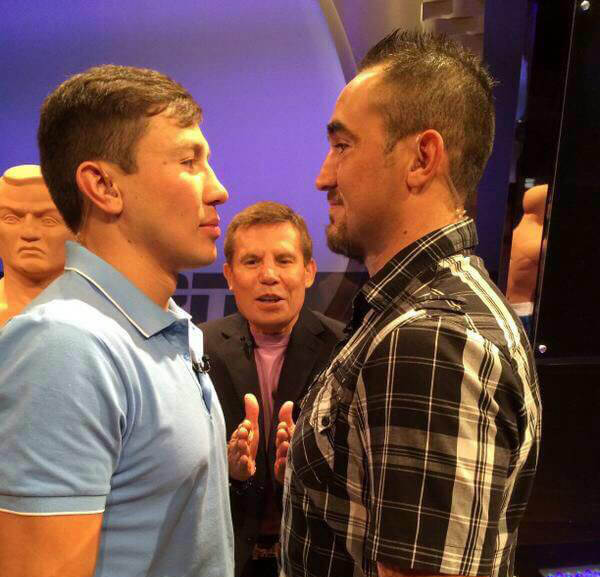 Although they have the same reach, Rubio is a naturally the bigger man, clearly evidenced by the picture above and reports from the WBO tracking both fighters' mandatory 30-day pre-fight weigh-ins. GGG was only five pounds off the limit for fight night a month before the weigh-in, while Rubio was almost double that. Rubio also has 51 knockouts to his name! In essence, Rubio's power, physical size and heritage are an estimation of what fans wanted to see in the GGG vs. Julio Cesar Chavez Jr. fight that fell apart earlier this year.

What largely intrigued fans about that fight was the huge size disparity between the fighters. The question they wanted answered was could GGG's skill and power fell a freight train the size of Chavez Jr.? We'll likely never find out the answer (although you can entertain yourself with their sparring sessions), but Rubio offers a worthwhile substitute. What he lacks in size in comparison to Chavez Jr. he most certainly makes up in work ethic. Ultimately that might offer fans more of what they really want to see.

2) It's Called "Mexican Style" For A Reason

All too often the name for a fight card is barely grounded in reality, far exceeding the reasonable expectations for the actual drama the fight will produce. Then there are those special times when the fight card is named something that perfectly captures the significance of a fight, as with "The Fight" between Muhammad Ali and Joe Frazier, which was simply titled because on the night those two undefeated heavyweights stepped in to the ring for the first time, the only fight that existed in all the world happened in the boxing ring they were standing in. Other times the name is eerie foreshadowing of what will be, as with "The War" between Thomas Hearns and Marvin Hagler, who delivered arguably the greatest and most action-packed three rounds of boxing ever fought.

The fight between GGG and Rubio has been dubbed "Mexican Style." On various occasions in the buildup to this fight and before, GGG has praised the Mexican style of come-forward fighting, and on even more occasions he has shown a penchant for doing just that — with expert precision and brutal power in tow. Rubio, true to his heritage, has said he's coming into the fight ready to die if necessary.

One fighter will come into Saturday's bout a longtime admirer of the grit and courage it takes to fight like the quintessential Mexican fighter. The other will come in not weighed down by the expectations of his heritage but honored and empowered by it. Both have shown how entertaining the Mexican style can be. Knowing that, you can bet that while it lasts, fans will be on the edge of their seats. This is as close as you can get to guaranteed drama.

3) A Bright/Lucrative Future Hangs In the Balance

GGG is a star. He's a prized commodity at HBO, fans love the action he brings to the ring and critics universally recognize him as the most feared man in boxing. This matchup is likely the final hurdle between him and what could be his best and most financially rewarding year in boxing.

He was never going to get a shot at Floyd Mayweather or Manny Pacquiao, but in 2015 he might just get to face off against the two other biggest draws in boxing, Miguel Cotto and Canelo Alvarez. Cotto and Alvarez are almost assuredly meeting to fight on Cinco de Mayo weekend. Canelo Alvarez has made no secret that he wants to reclaim that Mexican holiday, as well as Mexican Independence Day, from Mayweather. The only way to do so effectively is to fight Cotto and GGG. Cotto is likely first, but if for whatever reason he isn't available, the only realistic fight that can outshine Mayweather in May is a matchup against GGG. The only way Mayweather can hope to measure up against the appeal of either matchup is by finally getting in the ring with Manny Pacquiao, but that looks less and less likely every day.

GGG is the natural opponent for the winner of Cotto vs. Canelo. After that GGG could take on the loser — probably on the same night if he wanted. He could even add Jermain Taylor's belt to his collection, assuming Taylor is crazy enough to want to face that kind of firepower after being on the wrong end of so many devastating knockouts. After unifying the belts at middleweight, GGG might then finally be ready to face Andre Ward. What a magical 2015 that would be: Cotto, Canelo, Ward.

GGG is keenly aware of just how important this Saturday is for his future. Pressure is an amazing thing. It can mold diamonds or collapse bridges. What will GGG be after Saturday? A diamond ready to shine or a broken ruin? We'll have to tune in to find out.