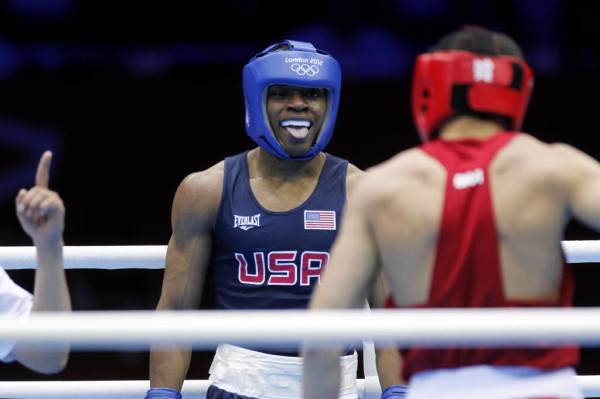 Errol Spence Jr., 2012 boxing Olympian. You probably haven’t heard of him. You’ve got to be a boxing fanatic for him to even register on your radar. But in the week leading up the Floyd Mayweather vs. Roberto Guerrero fight, everyone in the boxing world was saying his name in hushed tones. What were they saying? Why does it matter? To really understand it, you’ve got to understand gym rumors have a special place in boxing. Seldom do rumors about practice games in basketball or football ever make it into the news. Maybe it’s because there are too many variables involved for match-ups on the practice field or court to really matter. But in boxing, where one competitor stands alone in front another, gym rumors can hold serious weight. And sometimes, they can foretell the future.

Before we get to the rumors surrounding Errol Spence, let’s remember a few special rumors from yesteryear. 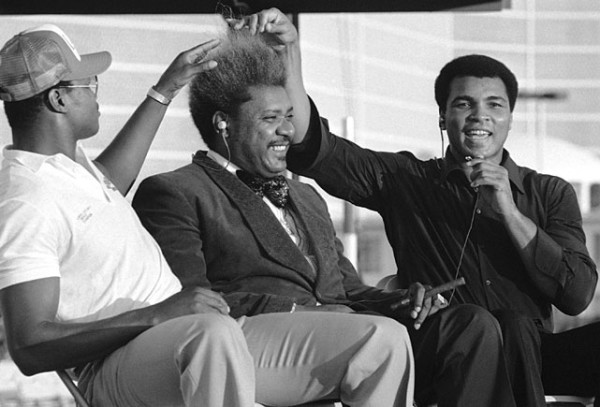 In October 1980, Ali came out of retirement to fight his former sparring partner Larry Holmes. At the time, Ali had lost much of the weight that he had gained in his time off, which seemed to have convinced him that the clock had been turned back. But as he prepared for Holmes, there were whispers about brutal sparring sessions. Rumors that Ali was taking punishment in the gym that belied the marketing of his triumphant return. Years later, in film provided by the Maysles brothers — two documentarians — the world was able to see how bad Ali looked against his sparring partners, and sadly, how bad he sounded as the beginnings of his Parkinson’s started to set in. For anyone who watched the Holmes fight live in 1980 and who had heard the rumors, they could not help but be reminded that often gym rumors carry much truth. 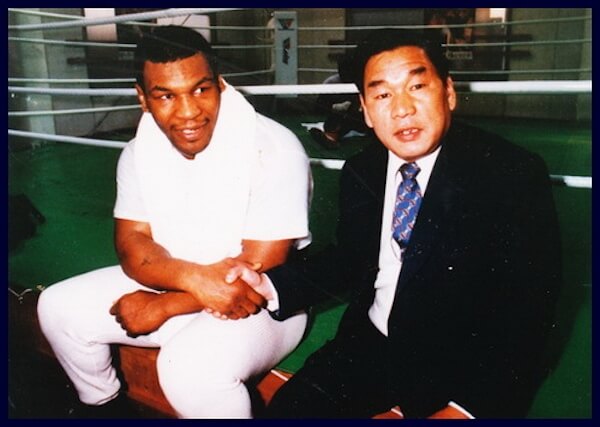 The gym rumors surrounding Iron Mike span the two major epochs of his career, the meteoric rise and precipitous fall. At the outset of Tyson’s career, the boxing community was ablaze with rumors about his momentous power. Sparring partner after sparring partner fell despite the extra padding and headgear. Tyson was that strong, the rumors ran. Tyson’s first 30 fights were a testament to the mythic power whispered about in boxing gyms. Then came Buster Douglas. In lead-up to Tyson’s fight with Douglas in Japan, stories about Tyson’s partying and lack of fitness leaked out steadily, although they did little to affect the nearly 100-to-1 odds that favored Tyson in many sports books. When Tyson fell in the 10th, the stories of his lack of focus rang so much truer. 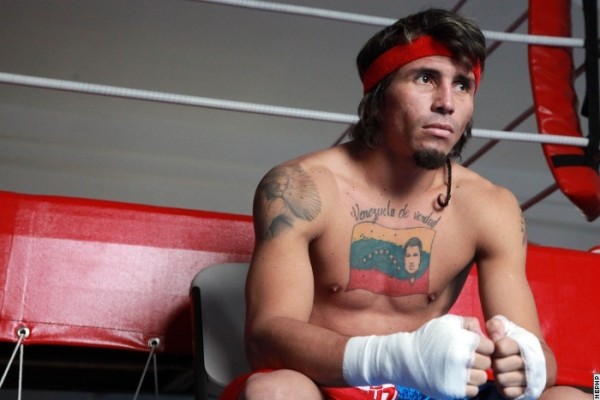 In the past 10 years, of those fighters south of the welterweight division, only Manny Pacquiao’s gym rumors rival those of Colombian power-puncher Edwin Valero. Valero was a hard-hitting lightweight that quickly earned a reputation as a knockout artist. As he grew in popularity, boxing scribes started recording the stories about his epic gym wars and gym KOs. He was a ferocious beast inside the gym, with one-punch knockout power even with extra-large sparring gloves, the rumors went. Near the end of his career, as he locked in his 27th KO in his 27th fight, people even started comparing him to the greatest lightweight of all time, Roberto “Hands of Stone” Duran. For his short career, the rumors mirrored reality. Might the rumors have foretold all-time greatness? Sadly, we’ll never know. Valero took his own life in 2010. 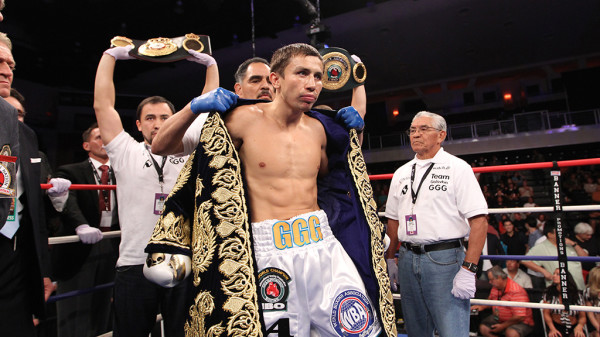 The rumors about GGG are more a part of the present than the others I’ve mentioned, but they’re so grandiose I can’t resist. Few fighters since Tyson or Tommy “The Hitman” Hearns have had their power touted as much as Triple G (26-0, 23 KOs). The rumors of in-sparring KOs are commonplace for Golovkin. What has shocked boxing enthusiasts, and encouraged the growing Triple G faithful, is that even as a middleweight, Golovkin routinely drops heavyweights in sparring! Golovkin is the current WBA and IBO Middleweight champion but has an open challenge to anyone from 154 lbs. to 168 lbs. With Golovkin’s impressive KO record, he seems to be making good on the gym rumors following him around. Sadly, I have serious doubts that Canelo Alvarez's, Sergio Martinez's or Andre Ward’s handlers will let them anywhere near Golovkin. Still, Triple G has plenty of other challengers out there he can add to his résumé. On June 29, he will face Matthew Macklin, who a year ago fell to Sergio “Maravilla” Martinez (the lineal middleweight champion) after 11 rounds. I’m betting Golovkin gets the job done a lot faster. If he does, Golovkin may force a meeting date with Martinez — the best way to turn gym rumors into marketing gold. 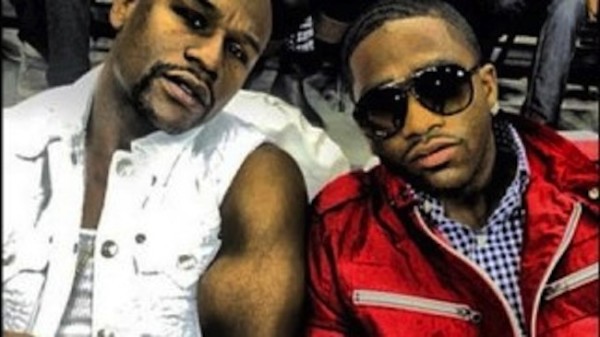 Gym rumors can hold important kernels of truth and sometimes foreshadow the future. When the rumors started flying about all these great fighters, they were past their nascent stage in pro boxing. That’s part of what makes Errol Spence so special. He’s only got a 5-0 record with 4 KOs — nothing to write home about. But recently, he walked into the Mayweather Boxing Club in Las Vegas, Nevada, and everything changed.

Enter rumor #1: Like Mayweather, Spence is managed by Al Haymon — the most powerful manger in boxing and one of the most influential people in the sport. As a part of the Haymon stable, it made sense to have this young, talented fighter as a part of the growing boxing community that is setting down roots in Las Vegas.

Then came the Mayweather press day on April 18. More than 20,000 people stopped by the gym to watch Mayweather ply his trade. Countless others, like myself, watched the live feed of Mayweather’s press day on Ustream. Reporters and fans alike couldn’t help but notice an odd sight on Mayweather’s right eye — a shiner. Some reporters tempted fate by asking him directly about the surprising black eye, only to have Mayweather characteristically avoid the question. Then, a few days later, the name Errol Spence started to fly around.

Errol Spence gave Floyd Mayweather a black eye. That’s what the rumors said. Mayweather was so angry at the blemish that he supposedly kicked Spence out of his gym and training camp, only to later cool down and say Spence could stay. Alone, the rumor was interesting but not worth writing about.

Enter rumor #2: In sparring, Errol Spence knocked out Adrien Broner (two-division world champion, 26-0, 22 KOs). The rumor ran like wildfire throughout the boxing community. Broner’s next opponent, Paulie Malignaggi, got wind of it and used it as fodder against Broner in an interview taken at the Canelo vs. Trout press conference. Within a month’s time, Errol Spence may have blackened the eye of the greatest defensive fighter since Pernell “Sweet Pea” Whitaker and knocked out Adrien Broner!

Candidly, I must admit that I don’t know what happened. Accounts are all over the place. Spence said he didn’t even spar Broner in Las Vegas, which directly contradicts an account by trainer Barry Hunter, who is working with Broner and admitted that Spence hit Broner “with a good” a shot. Spence’s denial would hold more weight if it hadn’t happened so late, and it didn’t have the beneficial side-effect of keeping him in the good graces of big-name boxers who ultimately have the power to exclude him from training camps that will help the young boxer grow.

Regardless of the objective reality, the fact that one man is associated with hurting the pound-for-pound champion of boxing and his heir apparent at a time when he (Spence) is just getting started in the pro fight game is reason enough to speculate and hope. I love boxing. I tire of hearing people ring the death knell of this historic sport, but with the aging of greats like Manny Pacquiao, Floyd Mayweather and Bernard Hopkins, I do find myself wondering who will wear the mantle next. Who will make the sport relevant in an age where MMA is devouring the demographic historically loyal to boxing?

No one can say for sure, but with gym rumors like those now following Errol Spence, I have hope yet that boxing has brighter days ahead, that tomorrow may still bring a new face to enter in debates about all-time greatness, that the drama of sport still thrives inside the square circle.

4 Replies to “The Rumors And Secrets Of The Boxing Gym: The Rise Of An Olympian”