Times are tough for everyone right now. Even if you have a good-paying job, shelling out for every single pay-per-view (PPV) fight can seriously affect your bottom line. And with the stock market in near freefall these days, your retirement fund isn’t looking good either. But that doesn’t mean you need to stop watching the fights; it just means you need to choose carefully when it comes to PPV events.

So if you’re a fight fan, where should you spend your hard-earned cash? We’ll be putting out a few articles in the coming weeks, breaking it down. First up, boxing PPV.

The late, great Smokin’ Joe Frazier once said, “Boxing is the only sport where you can get your brain shook, your money took and your name in the undertaker book.” Well, it often feels like that for disappointed fans who’ve dished out a day’s wages on a PPV event of no significance with even less entertainment. So here is the list of the four remaining PPV boxing events this year and a quick breakdown of which ones you should consider buying. 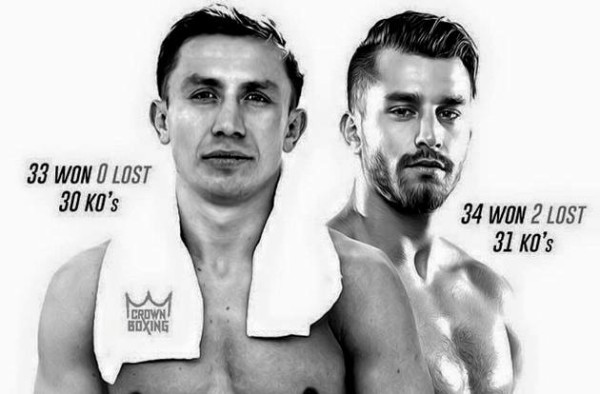 If you like boxing at all, or if you simply like entertainment in general, then you should save your pennies and pony up for the HD option of this spectacular PPV. On October 17, boxing fans will get a repeat of the amazing double-header of action Gennady Golovkin and Roman “Chocolatito” Gonzalez delivered May 16. There is no way this night disappoints.

Golovkin is easily the most exciting and sure bet in boxing today. With the longest knockout streak of any active fighter, he’s can’t-miss television. And this time, a man with a belt, star power and credentials has finally stepped up to face him. David Lemieux is the most exciting fighter from Canada today. Watch any round — hell, any minute — of his throw down with Hassan N’Dam, and you’ll know why you need to buy this fight.

This card tops the list because it’s supported by easily the best undercard fight left this year. Chocolatito delivered on all the much-deserved hype he received coming into his HBO debut back in May. Now he’s matched up against a hyper-aggressive, big-punching and granite-chinned Brian “The Hawaiian Punch” Viloria. Haven’t heard of him? Watch this. Win or lose, after his fight with Chocolatito on October 17, you won’t forget Viloria’s name. 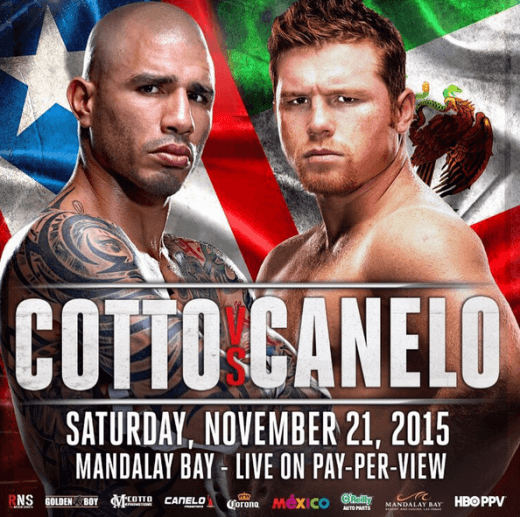 There’s no bigger or longer-lasting rivalry in boxing than between Mexico and Puerto Rico. Wilfredo Gomez vs. Lupe Pintor. Jorge Arce vs. Wilfredo Vazquez Jr. Antonio Margarito vs. Miguel Cotto. All are epic match-ups in this historic rivalry.

Now, the young, hungry lion from Guadalajara, Mexico, Canelo Alvarez, will step into the ring against seasoned, first-ballot Hall-of-Famer Miguel Cotto for the middleweight championship of the world. Not only are these two guaranteed to deliver an entertaining fight, but they might also make history. No Mexican has ever held the lineal middleweight championship of the world. If Canelo can beat Cotto (and I’m betting he will), the young Mexican star will be the first, and you should watch history unfold live on November 21.

As good as this fight is, it’s only one fight. Head-to-head with the main event of GGG vs. Lemieux, it would lose a close decision. However, given that little to no attention has been paid to the undercard, I don’t hold out hope that it will deliver anything as exciting and meaningful as Gonzalez vs. Viloria on the undercard. There were rumors about Andre Ward joining this PPV, but if that happens (which I doubt) there will be so little money on the table for Ward’s opponent that he’ll likely be matched against a chump who makes Paul Smith (Ward’s last victim) look like Joe Calzaghe. 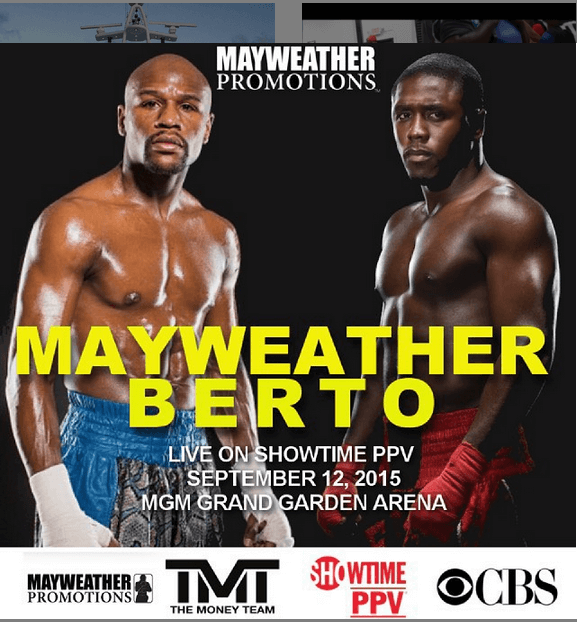 Now we’re getting to “save your pennies” territory. Floyd Mayweather, the pound-for-pound best fighter today (and for the last decade), is stepping into the ring one last time. Many believe there’s no way Mayweather will step away from the limelight he seems to clearly love, not to mention the fat paychecks, after this next fight. In recent interviews, however, Mayweather’s vow to retire after this fight has seemed more credible. He’s talked about how the rapidly declining heath of his former trainer Roger Mayweather is motivating his exit from the boxing game.

So if you believe Mayweather will never fight again, then there is an argument for shelling out what will undoubtedly be a $70 or $80 fight. But if you caught any of the melodrama that played out in the weeks leading up to Mayweather finally selecting an opponent for this last fight, then you might feel cheated. You might feel that Andre Berto, who’s 3-3 in his last six fights, is a fighter who, despite his speed and power, never lived up to his potential — a fighter who entertains but offers no realistic threat to Mayweather on what might be his last time in the squared circle.

On the positive side, the undercard is stacked. The rematch between Roman Martinez vs. Orlando Salido will deliver fan-friendly action. The title bout between Badou Jack and George Groves is another exciting match-up. But should you pay for this and forgo one of the two previous fights? No. Although this undercard will deliver entertainment, some fighters are a bit long in the tooth, while others just solidly B-class. In both PPV events at the top of this list, there’s only the cream of the crop. There will be fight parties galore for this fight so find a friend who’s buying it or watch it in a theater.

4. The Grudge Match: Mosley vs. Mayorga 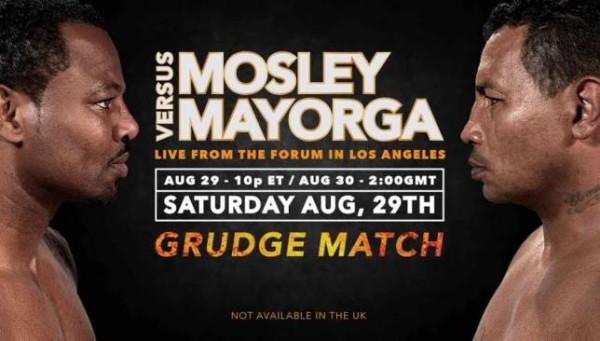 This fight might be over before it even gets started. Infamous boxing promoter Don King has his talons in Ricardo Mayorga by way of a renewed promotion contract from 2014, which means that he can’t just fight anyone he wants without King’s permission or getting his cut.

Assuming that Mosley’s legal team can’t find a way to push this fight forward, it looks like the rematch between Mosley and Mayorga isn’t happening on August 29.

Look, these guys are old. Mosley is 43 and Mayorga 41. I wouldn’t pay for this fight regardless, but now that it’s in danger, and Mosley might bring in some unknown last-minute replacement, there is no way I’m paying for it, especially because I’ve already bought tickets for the brawl between Leo Santa Cruz and Abner Mares. PBC has gotten a lot of flack for its hit-and-miss (with all too many misses) match-making, but it’s hard for anyone to criticize this fight. So on the same night Mosley is charging about $50 to watch him fight a mystery opponent, two of the best featherweights and action fighters in the sport will throw down on free Tv. Not a hard decision to make, folks.

The PPV Hustle: Where To Spend Your Cash, PPV Boxing Edition 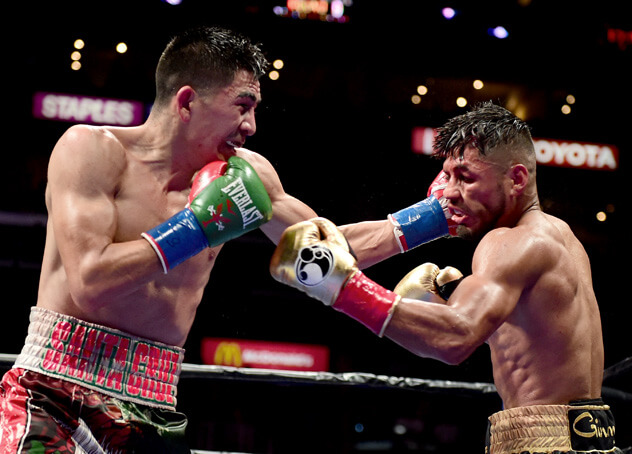