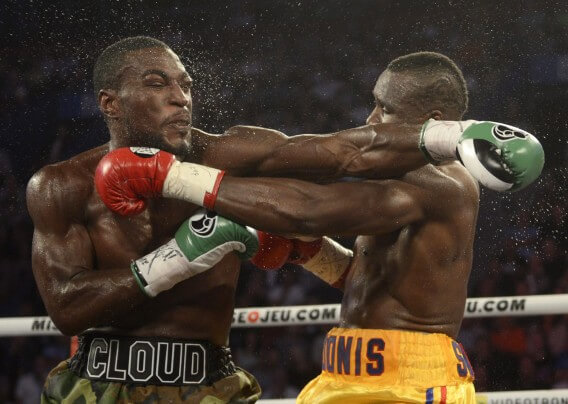 On the same night that Adonis Stevenson showed the world he’s more than just a knockout artist, Julio Cesar Chavez Jr. proved that his claim to the Chavez legend his father started is only name-deep and certainly doesn’t extend into the ring.

HBO kicked off what will certainly be a boxing fall season for the ages with Saturday night’s split-site doubleheader in Montreal and Carson, California.

The Montreal fans were treated to an exciting bout between Adonis “Superman” Stevenson and Tavoris Cloud. Stevenson came in hoping to legitimize his spectacular one-punch knockout victory against lineal Light Heavyweight Champion Chad Dawson. Cloud just wanted to get back in the win column after a loss to Bernard Hopkins.

From the opening round, Stevenson showed he has more boxing craft than most sluggers with heavy hands. He moved around every inch of the very large ring with surprising ease. Stevenson didn’t look like he was a slugger trying to pick up a new skill but rather a natural boxer with explosive hands. Stevenson’s lateral movement was a nightmare for Cloud from the get-go. Cloud couldn’t cut off the ring or find anything to hit. The same movement that Bernard Hopkins had used to confound Cloud proved doubly effective on Saturday because Stevenson’s has much more power than the aging Hopkins. After six one-sided rounds, Cloud’s trainer had seen enough and called an ended to the beating. It was clear to anyone with eyes that Superman was running away with the fight, and Cloud was just in it for punishment at that point to help Stevenson put on a show.

In a performance like the one Stevenson put on against Chad Dawson, there’s often little to be learned about a fighter — it’s even difficult sometimes to concretely assert that the fighter is truly heavy-handed. The truth is that many fighters are susceptible to flash knockdowns and knockouts in the early rounds of a fight. So it could have been that Stevenson was the beneficiary of a lucky punch. But there’s no faking the balance and footwork Stevenson put on display on Saturday. Put that in combination with the power that he’s demonstrated throughout his career, and you’ve got a dangerous fighter boxing fans will be eager to see time and again. 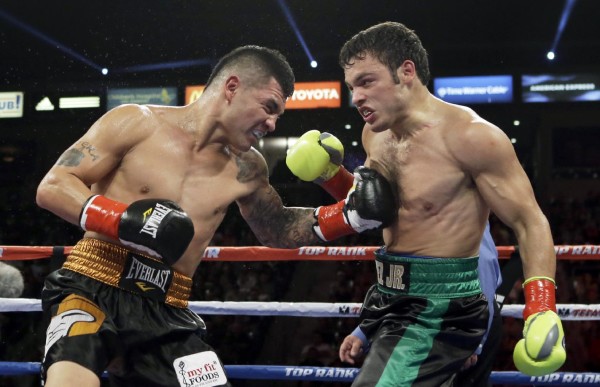 Julio Cesar Chavez Jr. was the perfect foil for Adonis Stevenson on Saturday night. They fought thousands of miles away from each other, but those tuning inbto the HBO boxing telecast got to see one explosive, busy, aggressive fighter earn his stardom with a repeat impressive performance, while another betrayed his strong fan base, and family name, with a lazy performance that left fans wondering why they’d bothered to tune in.

There was a time when the Chavez name was grit incarnate. It was Mexican boxing personified: heart, guts and body punches. Now the name is marred by one fiasco after another — from the no-show training regimen documented on HBO’s 24/7 show leading up to the fight between Chavez and Sergio Martinez, to Chavez’s positive test for marijuana on fight night, to his refusal to make weight for Saturday’s bout with Brian Vera.

Chavez’s antics are possible when you’re the A-side in boxing. When you’re the draw, the one bringing in the cash, you can get away with a lot. But after Chavez’s performance this weekend, he may have lost the fans that made his spoiled attitude possible. They had a right to be incensed.

Chavez came into the fight flabby. For 12 rounds he fought off his back foot in a clunky counter-punching style that isn’t usually a part of his repertoire. At no point during the fight did Chavez ever show any sign of urgency. I’m not talking about fighting with a panicked urgency of inexperienced boxers. I’m talking about the kind of urgency that shows you care about the task at hand. That was absent from Chavez. He seldom threw punches, either because he didn’t have the energy to string them together or because he simply knew he’d win with his minimum effort. Either is a far cry from the legend of the Chavez name.

In boxing, the stories of guys like Brian Vera, Chavez’s opponent, are legend. They’re stories about “the almost was,” “the could-have-beens,” the short-lived comeback. Seldom do these guys ever get a title shot. Vera had six losses on his record coming into the fight — guys like that don’t usually get a title shot. Forty years ago, yeah, but not these days.

Today, these guys are cannon fodder for the stars of HBO and Showtime. They know it and all to often are content with a big payday, taking their losses and moving along. Brian Vera didn’t get the memo. He came into the Home Depot Center in Carson to win. He was aggressive and mobile, showing that he’s got a great chin and a big heart.

Even though he weighed at least 15 pounds less than Chavez, Vera was the aggressor the entire fight. He stalked Chavez from post to post, outworking him, but never landing anything that wobbled the larger man. Even still, he earned himself more respect and more rounds than what the judges gave him credit for. One judge only found two rounds to give Vera — an absolute joke.

Nonetheless, it seems that Chavez won the fight on his one or two hard potshots every other round. He says he wants to fight in December and that he’s hunting for a Super Middleweight title — the kingdom of Andre Ward. Although he doesn’t deserve the title shot, because Ward would like to share in some of the money guaranteed by a fight against Chavez, these two are likely to meet sometime soon. When they do, Chavez will receive a long-awaited and much-deserved reality check.