Showtime’s boxing card on Saturday epitomized much about what there is to love about the sport. Devon “The Great” Alexander and Lamont Peterson are classic examples of the rags-to-riches stories that are common in the sweet science. Lee Purdy’s ability to take a beating, although difficult to watch for some, is the stuff that year after year shocks and oddly amazes crowds, leaving onlookers wondering, “How is he still standing?” And Argentine Lucas Matthysse is the power-punching knockout artist that everyone hopes to see, the kind of fighter that imbues every second of a fight with a sense of danger, a sense that this second, this punch, might end the night. As these fighters put on an entertaining show they were also auditioning for the fight of their lives.

Devon Alexander stepped in the ring against last-minute replacement, former British boxing champion Lee Purdy. Alexander was originally scheduled to face Kell Brook, but Brook pulled out with an injury only four weeks before the fight. While few gave Purdy a chance, the real question behind the fight was whether it would be good enough to earn Alexander a shot at Floyd Mayweather. Sadly, Purdy didn’t come to fight so much as to test the strength of his chin, so we learned precious little more than we already knew about Alexander.

Purdy’s style in the fight might best be called mummy-esque. He walked forward for nearly the entirety of the fight, with his arms stuck in a high guard, while Alexander punched him unendingly. For seven rounds, Alexander threw a spectacular array of one-handed punches with his lead right hand (Alexander is a southpaw). He landed often and what looked to be hard. Yet, Purdy seemed quiet undeterred and furious when his corner threw in the towel before coming out in the eighth.

Unfortunately for Alexander, it turned out that his one-handed boxing display was caused by a broken left hand sustained after the first round. So even though he came out with the win, his chances of facing Mayweather decreased precipitously because of the injury. If Mayweather fights in September as he has stated he will, Alexander’s injury may not heal in time. Even if the break is only minor, it will surely not have healed sufficiently to test it against the best fighter in boxing. Alexander’s punching power is modest to begin with; any hesitation due to a tender hand bodes poorly for his chances should he be lucky enough to land the appointment against Mayweather.

4 Replies to “Showtime Boxing: Lucas Matthysse Auditions To Be The King Of 140 Pounds”

Showtime Boxing: Lucas Matthysse Auditions To Be The King Of 140 Pounds

Boxing Al Haymon: The Most Powerful Quiet Man In Sports 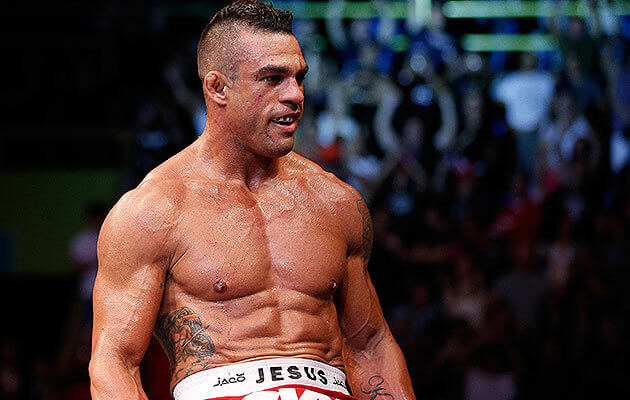 Fight Like Sugar UFC on FX 8: Main Event Debuts End In A Bang And A…
4