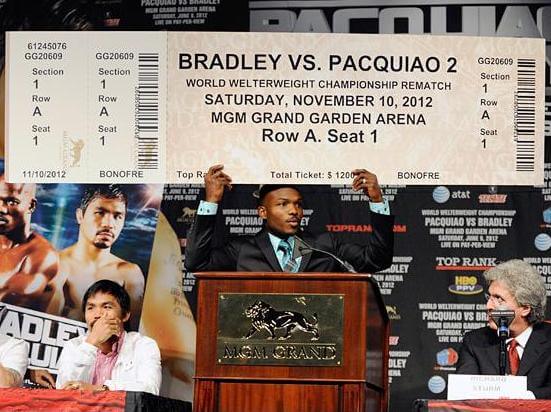 Boxing is a business. Before any heroics can happen inside a ring, contracts have to be signed, money for the fighters found and, of course, the opponents agreed upon. Who decides that? Who decides which contender gets a title shot and which wallows in obscurity? How do you choose one C-level club fighter over another to face a blue-chip prospect? That is the art of matchmaking. And in today’s boxing news, there is probably no better study of the mysteries of matchmaking than the rematch between Manny Pacquiao and Tim Bradley.

To be a great matchmaker, you have to be part chess player and part fortune-teller. Even though today there aren’t as many pieces on the boxing chess board as there were back in the 1950s, there are still enough that keeping track of every fighter’s record is still a daunting, if not impossible, task. Matchmakers must know how an average pug is progressing, whether a prospect is living up to his promise and where a champion is in the arc of his reign. All the while, the matchmaker must understand how these fighters fight. Which fighters fight face-first with a granite chin? Which are defensive wizards, and which have thunder in their right hands and lightening in their lefts?

A matchmaker needs to know these things in order to use his fighters (or himself) like pieces on a chessboard, knowing which hold strengths over others and the limitations of each. That’s the only way to protect a fighter on the way up, to position a prospect correctly for a title shot and to make sure a champion walks away from the sport with enough cash to have made a lifetime of sacrifice worthwhile.

But all the planning in the world only goes so far. In an age where fighters’ records are only a few keystrokes away on the Internet, matchmakers have advantages over those of years gone by, but numbers aren’t enough. At some point a matchmaker must rely on his otherworldly powers to see into the future, to divine how his fighter will fair against heavy favorite or whether a potential opponent will still be there a year or two down the road when his fighter is actually ready for him.

In mid-2011, the hottest fight in the light welterweight division was between Amir Khan and Tim Bradley. At the start of the year, Bradley earned his first million-dollar payday against Devon “The Great” Alexander in a fight marred by the ugliness that comes in bouts between southpaws and orthodox fighters. Despite the clumsiness of the fight, Bradley showed that the sum of his skills was greater than any single aspect of his boxing game and that he was certainly a star in the making. Six months after defeating Alexander, however, there was nothing on the table for Bradley. No dance partners in sight.

Then came the talks with Amir Khan. After months of posturing, negotiating and a career-high payday offer for Bradley, the best fight that could be made in the division fell apart. Instead, Bradley went on to demolish an old and shot Joel Casamayor, who later tested positive for marijuana, which might explain his lethargic look that night. Bradley’s pay was, unsurprisingly, magnitudes lower than what was offered Khan. Pundits and fans turned on him. They branded the Palm Springs-native as greedy and scarred. Cameron Dunkin, Bradley’s well-respected longtime manager, also faced the critics. Everyone asked him, “How could you let Bradley pass up on the biggest fight of his life?”

Fast-forward three months and rumors surfaced that Manny Pacquiao was considering Bradley as an opponent. Then the fight was quickly signed and delivered. Leading up to the fight, many still weren’t convinced of the matchmaking skills of Bradley and Dunkin — thinking that Bradley was merely an expensive lamb for the slaughter. After 12 rounds, however, when Bradley was announced the victor in the biggest fight of his life, he and Dunkin had gone from the suckers of the boxing business to the savants. They had wagered big by giving up the Khan fight and won even bigger. 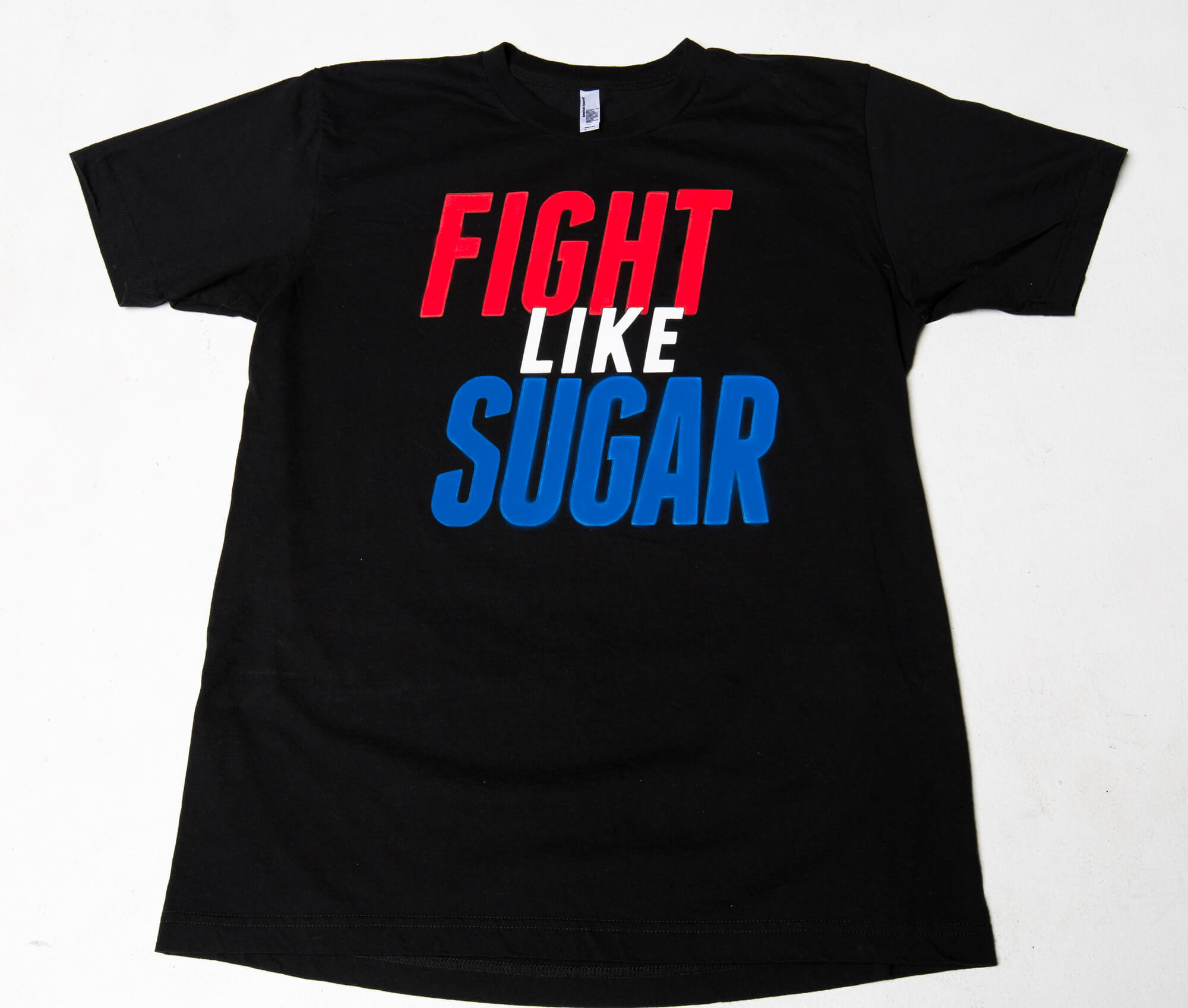