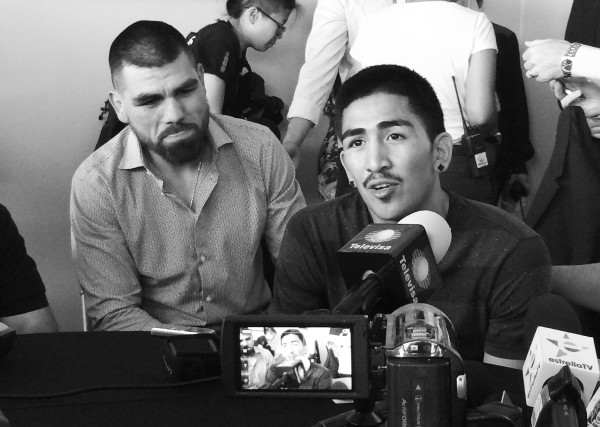 There are those in boxing who firmly believe fighters, because of their nature, never fear other fighters. Apparently those people didn’t follow the Mike Tyson vs. Michael Spinks fight.

Plenty of ringside observers noted that Spinks looked absolutely terrified in that ring. Those people have probably also forgotten — if they ever knew in the first place — what the “Bum of the Month” club was. A manger for one of the subpar professionals who belonged to that club and stepped into the ring with Joe Louis is said to have remarked, “Enter the ring? My man had to be helped down the aisle.” In boxing as in life, fear can play a powerful role.

In the super bantamweight division today, the illustrious boxing virtuoso and WBA/WBO champion Guillermo Rigondeaux is claiming that fellow title holder Leo Santa Cruz is scared of him. Not because he has Tyson’s devastating power, but because only 11 fights into his career, his smooth boxing skills made three division champion and pound-for-pound standout Nonito Donaire look absolutely silly. Rigondeaux thinks Santa Cruz is afraid that his Cuban boxing style will nullify the seemingly never-ending offensive attack that Santa Cruz is known for. What does Santa Cruz think about that? Check out the video.

Whether you believe Santa Cruz or not, there’s little question that the most significant fight that can be made at super featherweight is Santa Cruz vs. Rigondeaux. For a young Mexican already popular among his countrymen, a victory against a smooth boxer would bring his stardom to new heights.

Since Santa Cruz has already contemplated a move up to the next division, can you imagine the storyline if Santa Cruz were able to defeat Rigondeaux and then would move up to 126 to face another two-time Olmypic gold medalist Vasyl Lomachenko? That’s likely a pipe dream, but boxing has ever been filled with the unlikeliest of dreams.

To get to Rigondeaux and Lomachenko, Santa Cruz must first get through Manuel Roman (17-2-3, 6 KOs) on the Maywather-Maidana “Mayhem” undercard. The fight is less than a month away.

Leo Santa Cruz Is Keeping An Eye On Guillermo Rigondeaux 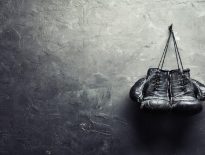