Before Pierce Egan coined the term “The Sweet Science of Bruising” and before there were titles and sanctioning fees, boxing was intimately intertwined with the American Dream. The classic rags-to-riches myth that first gained steam in the stories of Horatio Alger during the Civil War has always been deeply imbedded in boxing. Why? Because in the United States boxing has always been a testing ground for waves of new immigrants hoping to prove the honor and courage of their home countries and in so doing, at least for the best-schooled pugs, helped a special few climb out of poverty and into social ranks otherwise impossible to achieve.

Today, although more marginalized than it was decades ago, boxing remains a clear avenue for social climbing and earning respect. No immigrant ethnic class is more represented in the boxing scene than Latinos. In the early 1940s, the Bracero Program brought in tens of thousands of Mexicans every year to fill much-needed manual labor positions. 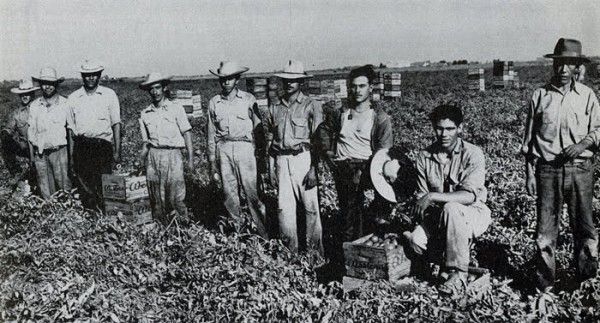 Given how much boxing had done for other immigrant classes, it’s no surprise that shortly after the Bracero Program began in1942, boxing gyms around the country filled with Mexicans and their progeny. In 1952, an article in the American Journal of Sociology looked closely at the demographics of boxers. The article found that the Irish dominated the sport’s numbers until 1916; by 1928, “Jews” (yes, that’s how old documents referred to some fighters) had taken over the list; Italians took the top in 1936. Only six years after the Bracero Program kicked off, a new category of fighter landed on the demographic list: “Mexicans” (a category that likely included any Spanish speaker). In 1948, Mexicans comprised the third most boxers in the country. Interestingly, that same year another new category of fighter arose, the “Negro,” who took the top spot.

Since those long-ago years, the Latino population has not only exploded in boxing, but in the United States generally. And despite the countless titles and immortal pugilistic boxing moments Latinos have earned and provided, one accolade has been elusive: once the most prized title in all of sports, the heavyweight championship of the world. 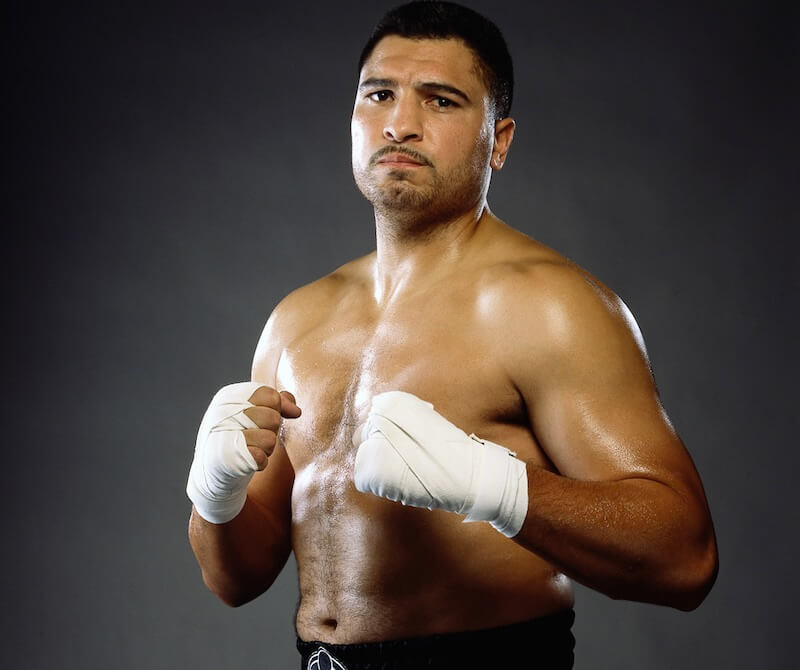 Of course, there’s John Ruiz, a two-time heavyweight champion with Puerto Rican heritage. In the history books, he’s recognized as the first Latino to ever wear the crown. Yet, largely due to his well-earned nickname, “The Quietman,” and lethargic fighting style, he never earned the acclaim or approval of his Latino brethren the way immortal heavyweights like Jack Johnson and Joe Louis did for African-Americans. So for many Latinos, they’re still looking for their dynamic heavyweight champion.

Now, as the heavyweight division seems for the first time in decades to be on the cusp of widespread relevance again, there appears to be the greatest opportunity for a Latino heavyweight to rise — if only there was one ready for the spotlight. 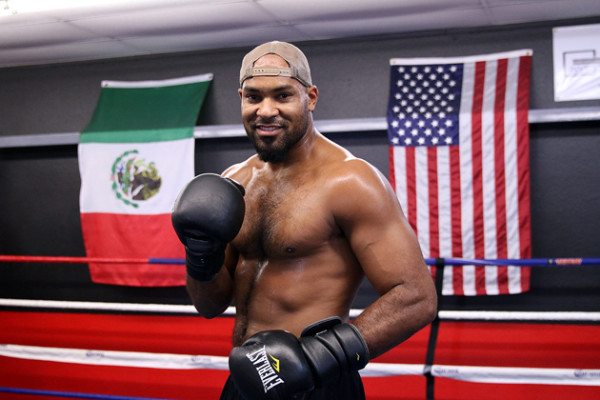 In a time when the business of boxing has undergone so many significant changes and a piece of the heavyweight crown has finally, once again, found a home in the USA, Washington has all the attributes to become a star. He has the glitzy undefeated record that shows he’s got power (15-0, 11 KOs), the build (6’6’’ 250lbs) to compete with the big men that dominate his division, the support and guidance of boxing’s premier advisor, Al Haymon, and on top of all that, his Latino heritage and Spanish skills potentially give him purchase with the largest audience in boxing.

Washington grew up with his mother, who was born in Mexico. At an early age, his mother wanted to immerse him in the culture and language of his roots, so she sent him to live with his godmother in San Juan de los Lagos, Jalisco, Mexico. There, he lived and went to school, learning to speak Spanish fluently, and gained a deep appreciation for where he comes from.

“[I’m] very grateful for the experience … to take in some of that culture,” Washington said in a recent interview with The Sports Fan Journal.

“I got it because my father is African-American and my mother is Mexican.”

But it’s also in homage to his time in Mexico, to when he saw live cockfights and the training and grooming of the fighters. He remembers:

"I got spend some time with [the roosters] and fell in love with them and what they do. I see that in me, that spirit in me, the warrior.”

Eventually, Washington would return to the States and quickly turn to boxing and tennis. For a man of his frame, and with three Rose Bowl victories under the great Pete Carroll, it’s surprising that he wasn’t a standout football player in high school. In fact, he only played his senior year, where he received one pass and one touchdown.

From there, he enlisted in the Navy, where he spent the next four years of his life.

When he got out, he went to a junior college, joined the football team and won JC All-American honors, earning him the opportunity to play alongside Reggie Bush and Matt Leinart. But he wasn’t starstruck by the names on his nationally recognized team. He went to USC thinking, “If I go there then I can go to the NFL.” The “Southern California weather” also helped in that decision.

After three years of Division 1 football, he signed with the Buffalo Bills as a free agent in 2009. In 2010, he found his way back to Pete Carroll at the Seattle Seahawks. While trying to make the team, Washington rediscovered boxing.

“I fell back in love with boxing. That was my first love, my first passion … that was one of the first sports I choose as a kid … I loved watching Mike Tyson and Julio Cesar Chavez.”

Barely reintroduced into the sport, Washington was soon sparring with ex-world champions and doing very well. In doing so, he quickly realized how unique his size and athleticism were in the ring.

“I can do things at this size that I was doing as a little kid, and heavyweights can’t move the way I do."

As he was deciding what to do with this realization, Al Haymon walked into his life. While sparring standout amateur super heavyweight Dominic Breazeale, Washington caught the eye of Sam Watson — the face of Haymon’s boxing machine. Watson was so impressed with Washington’s performance that got the ball rolling on signing him to Haymon’s ever-growing stable of fighters. The rest, as they say, is history.

“I was there ringside with my brother … It was a wonderful opportunity to take all that in, all the energy, and just see how it all takes place, all the fans that are there, the environment … to touch it and feel it so that when my time comes it's not like my first time. I can already envision that. I can see my self [being there]. I’m close … I’ll be knocking on that door soon.”

He has a keen understanding of just how unique his story is.

“I represent a lot … my mother being from Mexico. My father being from Detroit … going to the military, growing up in a single-parent home, [being] bilingual, going to junior college and earning a scholarship to go to USC … and being able to just touch the NFL … The next thing is going to be the heavyweight championship of the world.”

He doesn’t think that WBC champion Deontay Wilder also being managed by Haymon will affect his chances to challenge for the belt in the near future. In fact, with the slate of excellent fights from Haymon’s stable coming to NBC and Spike TV, Washington is convinced that Haymon isn’t “scared to fight [his] top guys against each other … We’re all on one team but … there can only be one king of the hill … Any way I can get it, looking for [Wladimir] Klitschko or Deontay Wilder … I’m working my way up.”

Against both champions, Washington is convinced that his size, power and athleticism will make it difficult for either to fend him off with just a jab, the way either could to do with a smaller, less athletic fighter like Stiverne. And with only 15 victories, Washington believes he’s ready today to take on either Wilder or Klitschko.

“I’m prepared to fight anybody in the world. I know how to win. I know how to compete, I know how to train and lock on to an opponent … to prepare. Throughout my career … my life has taught me how to deal with different situations.”

Washington speaks with a calm confidence. He doesn’t have the bombast that is often associated with Wilder. When your life has been defined by beating the odds through talent made true by hard work, there’s little need for that. Keep an eye out for Washington. His next fight comes in March. You don’t want to miss it.

2 Replies to “Gerald Washington: The Best Latino Heavyweight You Haven't Heard Of”