Almost 35 years ago, hall of fame promoters Don King and Bob Arum found enough middle ground to broker one of the most significant fights of the 1980s: Sugar Ray Leonard vs. Roberto “Manos De Piedra” Duran. That marked the beginning of a trilogy that indelibly colored the legacy of both fighters. There are echoes of that historic matchup in the super-fight boxing fans are clamoring for today: Floyd Mayweather vs. Manny Pacquiao. Many believe that if the super-fight happens it will finally provide an answer to an old question about who’s the better fighter, but a close look at Leonard-Duran shows that we might already have the answer.

When Leonard met Duran at the Olympic Stadium in Montreal, Canada, on June 20, 1980, he was an undefeated (27-0) starlet, only four years removed from an Olympic Gold medal. Since turning professional he’d charmed the boxing world. His mix of flashy showmanship, speed and grace in the ring was the most unique blend of boxing skills seen since before Muhammad Ali had been stripped of his title in 1967.

At the time, no one in boxing stood in more stark contrast to Leonard than Roberto Duran. Duran had also captivated large swaths of boxing fans but not with his charm. Where Leonard would flash a toothy smile, Duran would scowl. Where Leonard’s boy-scout demeanor shone through, Duran’s machismo was on display. Leonard won and won decisively, but even the fights he ended with concussions seemed like performances alongside Duran’s in-ring ferocity, which delivered beatings and personified rage. It appeared to everyone that Duran genuinely wanted, even enjoyed, crippling his opponents.

By the time Duran walked into the ring against Leonard for the first time, he was 71-1 and a menacing force that unsettled even legendary fighters who didn’t have to face off against him in the ring. As Duran stepped between the ropes that night, a New York Times columnist, Dave Anderson, sitting ringside asked the great Joe Frazier if Duran reminded him of anyone. Frazier responded:

“Yeah. He reminds me of Charles Manson.”

Staring into Duran’s cruel eyes was like staring at rage itself. In part because of that intensity, his thorough training regiment for the fight and Leonard’s willingness to engage, the odds makers ended up paying out large sums of cash to those who bet on Duran — who ultimately won an upset unanimous decision, handing Leonard his first loss.

That would be the last time Duran got the best of Leonard. In their next two fights, Leonard decisively defeated Duran, leaving little doubt that when Leonard played to his strengths he could effectively defang Duran.

Despite his two victories over Duran, Leonard is not (by most in the know) ranked better than Duran on the greatest of all time (GOAT) list.

Duran started his professional boxing career at only 16 and ended it at 50. He was a monstrous puncher at the lighter weight classes and a solid one even when he got too tired of abusing his body to cut weight. In all, he had 70 knockouts, 21 in the first round — a top 10 feat among all champions in boxing history. He also has the odd and memorable distinction of having knocked out an opponent in every round, from 1 to 15.

The terms “throwback” and “old school” get used far too often in boxing because boxing fans, more so than fans of any other sport, revel in the debates of past versus present. It’s an example of their acknowledgment and sensitivity to the sport’s history. Duran deserves both adjectives. He is a modern marvel of the ring, a man who fought with the frequency and ferocity of fighters that threw thunderous punches before there was celluloid to capture them.

Leonard’s no slouch. His name is properly revered because he beat legends, time and again. Among his collection of defeated all-time greats there’s Wilfred Benitez (top three Puerto Rican fighter of all time), Tommy “The Hitman” Hearns (top 10 welterweight of all time), Marvelous Marvin Hagler (top 10 middleweight of all time) and, of course, Roberto Duran (top 10 fighter of all time). Leonard’s patented flurries won rounds and excited fans. He was always conscious of the entertainment factor of the sweet science, which builds icons and grows bank accounts.

Ultimately, however, he doesn’t edge Duran on the GOAT list because his sample size of fights is just too small. He tested himself in the ring 40 times, just a hair more than a third of what Duran accomplished, who fought 119 professional bouts. Anyone who caught Guillermo Rigondeaux’s last fight in Japan, against the little known Hisashi Amagasa, has a clue as to why the number of fights matters in the over all equation of measuring greatness.

Rigondeux, after only 14 fights, established himself for many as one of the smoothest boxers to ever lace up gloves. At the rate he secures fights, however, chance are he’ll never be in the conversation about being in the top 50 or even top 100 fighters of all time. Why? He’s barley fought more than a dozen times. Even if he put on 14 of the greatest performances in history we couldn’t be sure that he could fight like that until he reached the numbers that others on the GOAT list have. As Hisashi Amagasa proved with two knockdowns of Rigondeaux in only Rigondeaux’s 15th fight, even the best defenses can be cracked. Being brilliant for a handful of fights isn’t enough to supplant fighters on the GOAT list like Kid Chocolate (131-9-6, 50 KOs) or Jose Napoles (77-7, 54 KOs), both Cuban like Rigondeaux, who proved their magic wasn’t fleeting. For the same reason, Leonard’s great performances can’t top Duran’s.

Mayweather-Pacquiao Through the Lens of Leonard-Duran

The similarities between Leonard-Duran and today’s hoped-for super-fight aren’t along racial or national lines. Although Leonard and Mayweather are both black American fighters recognized for their speed and boxing intelligence, Leonard was beloved by his era of boxing fans, whereas Mayweather is as notorious as he is admired, if not more. Duran and Pacquiao are both international stars who’ve garnered widespread adulation in their home countries, but Pacquiao is a media darling in the U.S. and has attracted Hollywood celebrities (Mark Wahlberg and Peter Berg) and presidential hopefuls (Mitt Romney) into his locker room, while Duran’s image as a villain denied him that type of widespread approval.

The true similarities between the old legends and the current ones are found in their fighting styles and legacies. Mayweather and Leonard are slick boxers with records much less sullied by losses than those of Pacquiao and Duran. The longevity, openness to risk, power and explosiveness of Pacquiao and Duran, however, make them candidates for higher rankings on the GOAT list than Mayweather and Leonard, respectively.

Mayweather is rightfully recognized as his generation’s best pure boxer and defensive wizard. His shoulder roll, technical perfection, superior reflexes, speed and timing combined to create a once-in-a-lifetime fighter. Even still, measured against every fighter in the annals of boxing history, Mayweather’s recurring hand injuries, middling power and inactivity make it difficult to place him ahead of Pacquiao on the GOAT list.

Pacquiao has never had Mayweather’s defensive abilities or technical refinement. From early in his career Pacquiao was defined by his explosiveness, ferocity and power. Miraculously, Pacquiao has been able to carry those attributes, which often diminish with time and across weight classes, over the course of a 19-year career, spanning 49 pounds worth of divisions (he’s fought from minimum weight to junior middleweight). Like Duran, Pacquiao has tested his skills against far more opponents than his contemporary rival, and that counts for a lot.

Boxers are in the business of pain and injury. They are paid to brutalize anyone who steps across the ring from them. Each time out, win, lose or draw, a fighter is likely to take some punishment, thereby slowly but surely shaving off a bit of his or her skills, resilience and time left in the sport. Joyce Carol Oates captured this truism beautifully:

“If boxing is a sport, it is the most tragic of all sports because, more than any human activity, it consumes the very excellence it displays: Its very drama is this consumption.”

For that reason, when measuring where fighters belong on the GOAT list, we must be careful not to weigh too favorably low-loss or no-loss records, like those from Mayweather and Leonard, against champions who’ve tasted defeat a bit more often (Pacquiao has five losses and Duran seven losses). In a sport that immensely taxes its participants physically, mentally and emotionally, both inside and out of the ring, it’s presumptuous to suggest that Mayweather or Leonard could have even fought as much as Pacquiao and especially Duran, let alone win as many times.

Business is sometimes the enemy of history. Mayweather has often and loudly declared his point of view on matchmaking in boxing:

Mayweather’s position is completely understandable and to many admirable, but it comes at a price. If money is a fighter’s prime motivator, then at some point that fighter will necessarily make decisions at odds with his legacy. Unlike some, I neither villainize nor criticize Mayweather for his approach. After all, my health and well-being are not on the line every time I ply my craft behind a keyboard. Every time Mayweather laces up the gloves on fight night, or even when he puts them on to train, his health is indisputably in jeopardy, and therefore he, and he alone, has the right to dictate when to take on new risk.

Yet, as a result of Mayweather’s approach, he has not fought the most dangerous legacy-building opponents at the right time. The same can be said of Leonard, who shamelessly avoided fighters like Aaron “The Hawk” Pryor, despite Pryor’s mighty efforts to secure a fight with the Sugar Man. What sane man would seek a fight with Pryor — possibly the greatest junior welterweight of all time, who had terrifying punching power and equally shocking resilience? Then again, immortality is not a goal for the calculating; it’s an accomplishment of the bold.

If Mayweather meets Pacquiao in the ring, boxing fans may finally be able to answer who was the better fighter in this generation. But that answer will be muddied by the reality that the fight comes about four of five years later than it should have. Then, too, fans and pundits should know that a Mayweather victory does not automatically put him ahead of Pacquiao on the GOAT list. In fact, like Leonard-Duran, a victory for the slicker boxer (Leonard/Mayweather) might only be a laudable notch in a hall-of-fame career because a reluctance to take on more fighters, and at appropriate times, may ultimately relegate the slick boxer to a place farther down on the GOAT list than the more flawed but active fighter (Duran/Pacquiao).

7 Replies to “Mayweather Vs. Pacquiao: Lessons From Sugar Ray Leonard Vs. Roberto Duran” 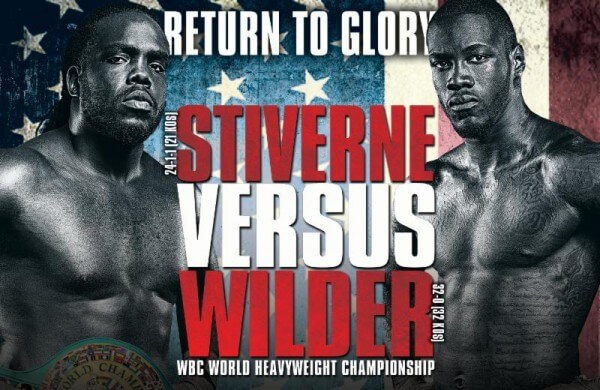