Former welterweight and middleweight champion, Emile Griffith, died this week at the age of 75. He left behind his adopted son and caretaker Luis Rodrigo Griffith, and a complex legacy about the violence inherent in all combat sports, and an example, if one is necessary, that shows a person’s sexuality has nothing to do with their athletic ability.

Some will simply say that Griffith was gay. They’ll point to rumors that ran through the boxing community in the 1950s and 60s and to the brutal beating in 1992 Griffith suffered outside a gay bar in Time Square New York. But Griffith wasn’t one for labels. In 2005, Griffith told Sports Illustrated, “I like men and women both. But I don’t like that word: homosexual, gay or faggot. I don’t know what I am. I love men and women the same, but if you ask me which is better… I like women.” Griffith was his own man—a man on his own terms, without apology or explanation.

He came into his first championship fight with a record of 24-2, and as the darling of New York City. He was a former New York and National Golden Gloves Champion. At age 15, recently arrived from the Virgin Islands and having never stepped into a boxing ring, he met hall-of-fame trainer Gil Clancy and after only a few months of training made his way to the finals of the New York Golden Gloves. He won his first professional welterweight championship bout with a spectacular 13th round knockout of Benny “Kid” Paret, a Cuban fighter who’d also made his home in the states.

It wasn’t until after Griffith lost his rematch with Paret, and slowly earned a rubber match, that the narrative surrounding Griffith started to focus more on his life outside the ring. At back-to-back weigh-ins, Paret called Griffith a “maricon”—a Spanish slur used against homosexuals.

6 Replies to “A Complex Tale Of Emile Griffith, His Sexuality And His Reign As World Champion”

A Complex Tale Of Emile Griffith, His Sexuality And His Reign As World Champion 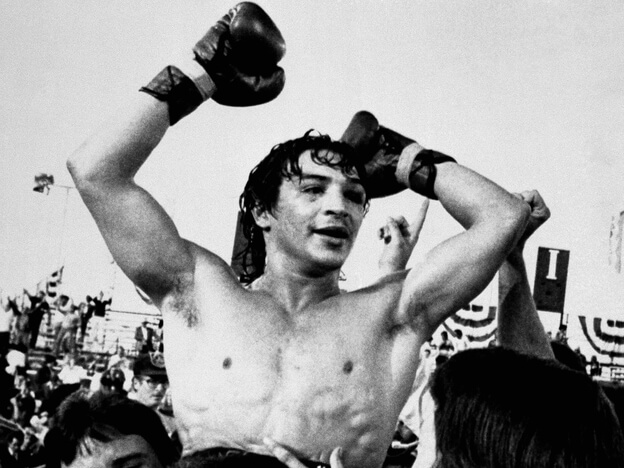