Over the last week now, the boxing heavyweight division has been very up in the air, with American Deontay Wilder looking to get his trilogy fight with Tyson Fury.

With all four world titles held by British heavyweights Tyson Fury (WBC) and Anthony Joshua (WBA, WBO & IBF), the unification bout was set between the two Brits. However, now that looks to be in doubt, with the ‘Bronze Bomber’ Wilder winning an arbitration ruling.

Since the news broke publicly, everything has been questioned. No one really knows the final answer as to what will happen next at the top of the boxing division, but there are situations that are looking much more likely than others.

In February 2021, as rumours swirled that Fury would be setting up a bout with AJ, Wilder started an arbitration process to get his hands on the trilogy fight with Fury, who dethroned him from his WBC crown in 2020.

An injury to the Bronze Bomber, before the coronavirus pandemic impacted the world, complicated the deal for a trilogy fight. This prompted Fury to move on and negotiate other fight deals, based on the assumption that the third fight with Wilder would not go ahead.

There have been reports that the Gypsy King would have to pay a substantial fee to convince Wilder to step aside, so Fury could fight Joshua next. However, Wilder was clearly unhappy to do that, and has now forced the hearing to set up his contracted bout.

The initial reaction from the current WBC heavyweight champion was a direct dig at who is looking like his next opponent. In a post on social media, Fury seemed to call out Wilder, branding him a “joke”.

On Instagram, Fury wrote: “What a joker @bronzebomber has become. Asked for $20million to move over #joker. Looks like I’ll have to crack his skull again!”. Strong words from the Gypsy King.

Arguably the biggest all-British showdown in years was set for August 14 in Saudi Arabia. After a lot of back and forth, and both accusing the other of dodging a unification fight, the stage looked to be set.

The fight is now in jeopardy, and may have to be put on hold. Now with Fury and Wilder looking to set up their third bout, it leaves Joshua to likely fight a mandatory challenger. One name that is popping up is WBO challenger Oleksandr Usyk.

With the breaking news that the Gypsy King would have to complete a trilogy with the American heavyweight, there was a lot of reaction from around the world – including from Anthony Joshua.

AJ spoke out about Fury, saying: “@Tyson_Fury the world now sees you for the fraud you are. You’ve let boxing down! You lied to the fans and led them on. Used my name for clout not a fight. Bring me any championship fighter who can handle their business correctly”.

Of course, it didn’t take long for Fury to hit AJ with a reply: “your more full of s*** than Eddie, Spouting absolute s****! Your full team knew there was an Arbitration going on, it was out of my hands! But I tell you what if I’m a fraud let’s fight this weekend bare knuckles till 1 man quits? Let’s put up 20 mill each!

There was a bit more said in the aftermath, but you can understand the heat between the two. Both boxers will definitely be stepping between the same ropes soon. The war has only just started. 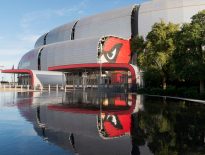 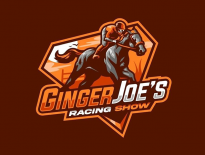