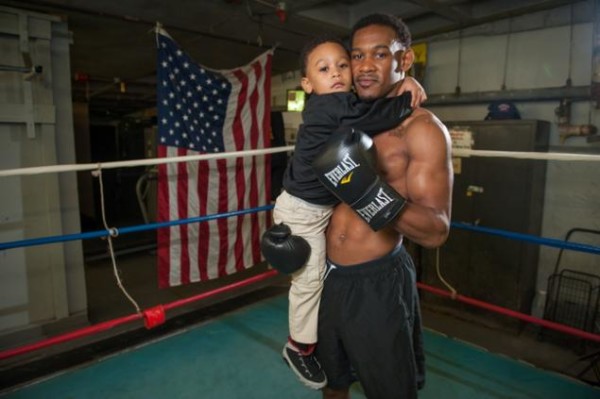 The cinderella story of Danny Jacobs almost has its fairy-tale ending. The Brooklyn native made a name for himself on the amateur boxing circuit by winning big-name tournaments and awards, including the National Golden Gloves and Junior Olympics. In the pros he won his first 20 fights, with 17 KOs, before running into Dmitry Pirog. He was two fights into his comeback, both victories by knockout, when he was diagnosed with osteosarcoma, and exams revealed that a giant tumor had wrapped around his spine. Next came major surgery, 27 rounds of intense chemo and a fight for survival. Jacobs beat the cancer only to be faced with the challenge of whether he'd ever walk again.

The former blue-chip prospect spent over a year and half recovering. Since then he's faced five men and taken them all out by KO. On August 9th, he'll kick off Showtime's triple-header against Jarrod Fletcher for the vacant WBA "regular" middleweight belt. Should he defeat Fletcher, Jacobs will likely soon get a crack at one of the real belt holders in the division. The Cinderella story is almost complete.

Talking about that journey, and trying to express the many transformations he underwent in the process, is undoubtedly difficult. Especially for athletes who escape rough neighborhoods like Brooklyn's Brownsville, where Jacobs and Mike Tyson are from, it is often difficult to find interviewers they can relate to that make the process of expression easier. Therein lies part of the brilliance of Vice Sports' recent interview of Jacobs.

Who better to interview Jacobs than another native son of Brooklyn who also used sports to find his way toward a better life? VICE Sports enlisted the help of Carmelo Anthony, who is from the Red Hook neighborhood in Brooklyn, which Life magazine once named one of the 10 worst neighborhoods in the U.S. and called it “the crack capital of America." The shared background and prior history between between Jacobs and Anthony help make the interview seamless and natural. This is definitely not to be missed by any sports fan.

One Reply to “Danny Jacobs And Carmelo Anthony Talk Cancer, Entourages And Championships”