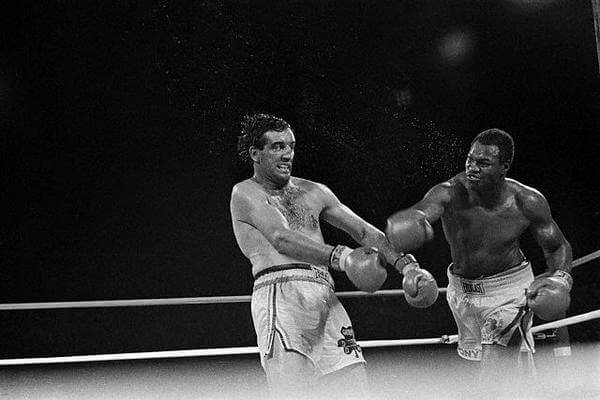 “It’s hard being black. You ever been black? I was black once — when I was poor.” - Larry Holmes

Since he came out with Bring the Pain in 1996, Chris Rock has been comedy’s most keen commentator on race in America, matched only — depending on your style — by the immortal Dave Chappelle. While his fans have been waiting for and reading semiannual rumors about his next comedy special, they’ve had to content themselves with Rock's brief late-night interviews and appearances on shows like “Comedians In Cars Getting Coffee” in order to get his latest views and twists on everything from kid bullying to Barack Obama.

For his entire career, Rock has been able to peel back the layers of complex issues to reveal the simple truths hiding underneath, all the while crafting his message in compelling stories that resonate and, obviously, make you laugh. As with one of his idols, Richard Pryor, the best of Rock’s work has come from something deeply personal that he transforms into something universal.

Back in 2008, Rock starred in HBO’s documentary series “The Black List,” which featured interviews of several African-American leaders of various walks of life. Rock’s interview is powerful, especially the section below, which focuses on a lesson his father taught him that is funny, poignant and insightful all at the same time. Rock talks about what it takes for black people to succeed in America. When it came down to explaining the difficulties black people face, it was no surprise that he turned to a story about boxing.

“You can’t beat white people at anything. Never. But you can knock them out.” – Chris Rock

For Rock, Larry Holmes vs. Gerry Cooney is the perfect metaphor for what black people need to do to succeed in America. By the time these two men stepped into the ring on June 11, 1982, Holmes had defended his title 11 times, 10 by knockout. Cooney had fought mostly pretenders, bums and washouts, but earned his title shot with a ferocious 54-second destruction of Ken Norton.

Norton had once been the champ but lost his belt in one of the greatest heavyweight fights of all time against Holmes. Few fights deserve mention in the same sentence as the Thrilla in Manilla. Holmes vs. Norton definitely deserves that honor. Holmes took the belt by a narrow split decision. Cooney demolished Norton. On that alone, a compelling fight narrative could have been weaved, but Don King (Holmes’ promoter) and Dennis Rappaport (Cooney’s manager) wanted something much grander.

King and Rappaport turned Holmes vs. Cooney into the biggest black vs. white heavyweight match-up since Jack Johnson fought Jim Jeffries. Rappaport pulled no punches when asked about Holmes, saying, “I don’t respect Larry Holmes as a human being. I don’t think he’s carried the belt with dignity.” King did no better. Their antics were well-documented in the press. The New York Times even ran a piece entitled “Racial Hype for a Title Fight,” providing insight on just how a fight between undefeated heavyweights turned into a “color war.” 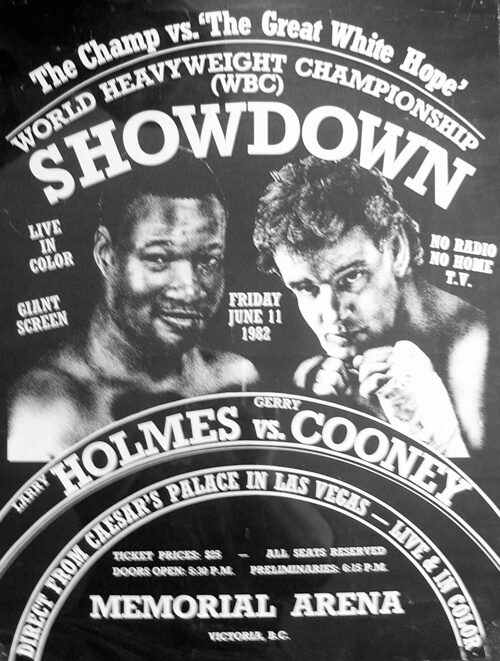 Rock was 17 when all this was unfolding, and like much of the U.S. at the time, he tuned in to the fight. The fight announcers made references to the racial tones of the promotion leading up to the match but ultimately dismissed the chatter. Cooney’s corner men, on the other hand, would reiterate the racial aspect of the fight.

In the second round, Holmes landed a stiff one-two combination that sent Cooney to the canvass. He went back to this corner still visibly dazed. After a brief resurgence in the fourth and fifth, Cooney started to take more punishment, got cut, and one eye started to swell shut. Cooney's corner urged him to rough Holmes up and to crowd the champ's jab. Adding to the encouragement, one of Cooney’s corner men yelled, “America needs you!” It’s not difficult to figure out what part of America the corner man thought needed Cooney more than it needed Holmes.

Cooney’s corner ultimately did very little to change the direction of the fight. As the rounds went on, Holmes demonstrated clearly that he was a complete fighter, while Cooney, despite an iron chin and steely resolve, was just a class below the champion.

In the 13th round, Holmes landed a series of punches that dazed Cooney, who fell back into the ropes and held on to avoid going down. Seconds later, Cooney’s trainer stepped into the ring to stop the fight. The man who Cooney called “Pop” came in to save his fighter from any more punishment.

The stoppage was unsurprising. The real shocker was the scorecards, and therein lies Rock’s point about what it takes for black people to succeed in America. Two of the three judges, Dave Moretti (whom the Holmes camp tried but failed to have replaced) and Duane Ford, had Holmes ahead by only two points, 113-111. That was after the referee had taken away three points from Cooney for repeated brutal low blows.

In other words, had the referee not take away those points, Ford and Moretti would have had Cooney ahead on points going into the 13th round, even though Holmes had not just controlled the majority of the fight, he’d knocked down Cooney in the second round!

The third judge, Jerry Roth, had Holmes winning the fight, 115-109. Roth was a last-minute replacement for judge Herb Santos, whom the Homles camp objected to.

As Rock puts it, Holmes couldn’t beat Cooney; he had to knock him out to win. Holmes put it slightly differently, "I've seen so much bad scoring out here I knew what I had to do." Indeed.