All good things must come to an end. With Bernard Hopkins, pundits and fans have been expecting to write and read about his ending for over a decade. But Hopkins, contrarian to his core, refused to give them the pleasure.

On Saturday night, Hopkins wanted so dearly to show the world that his boxing game still had some magic in reserve, that he had one more surprise for the doubters. Sergey "The Krusher" Kovalev refused to play along. 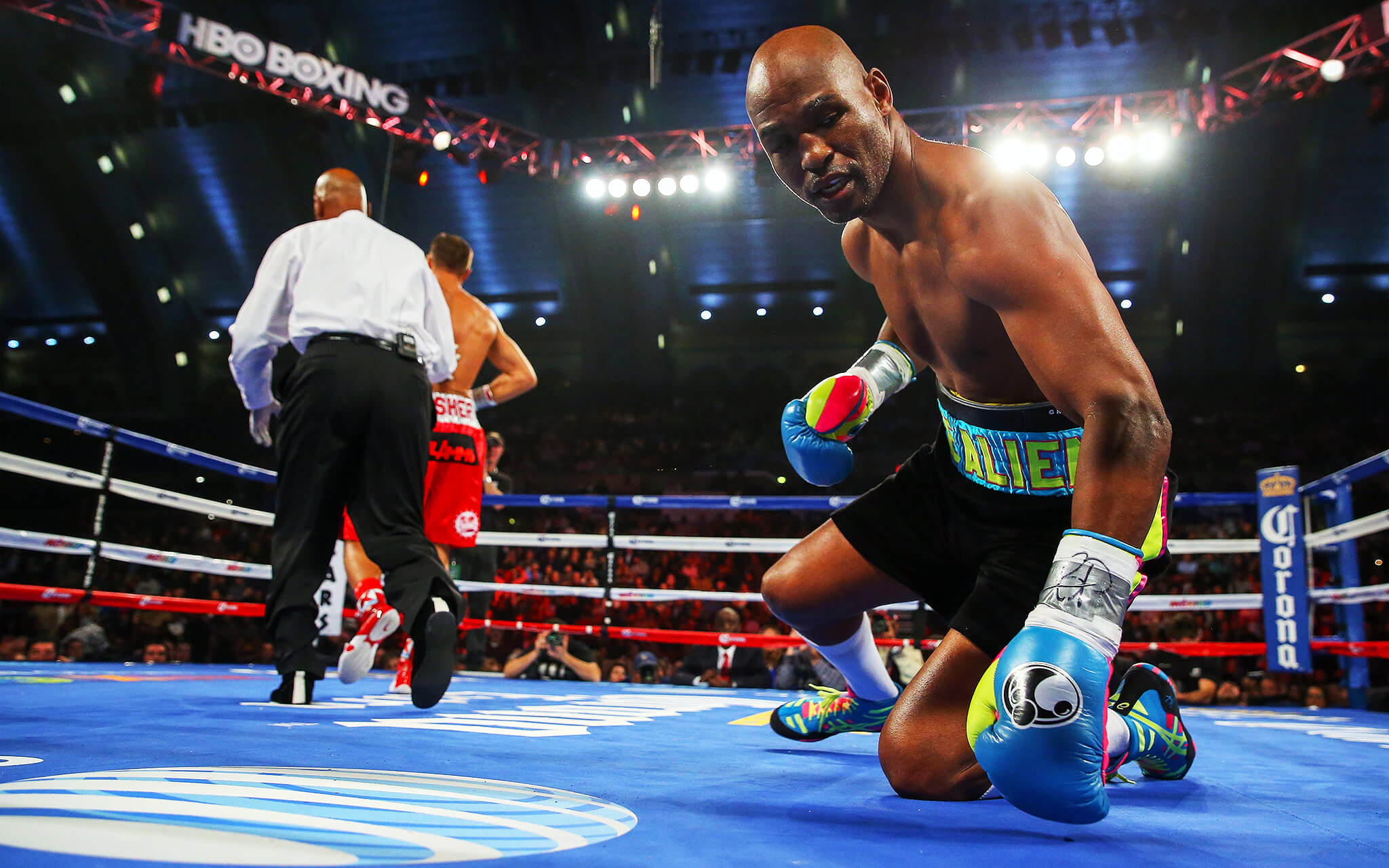 By almost any measure that a fight is judged, the younger, bigger, stronger champion, Kovalev, dominated  the fight against the older, wiser and surprisingly slower Hopkins. Kovalev did not treat Hopkins "like an old man" as his trainer, John David Jackson — a former assistant trainer in Hopkins' camp — said he should. Kovalev paid Hopkins the respect of pacing himself, using a jab and controlling distance. The fight everyone expected Hopkins to lose was a matchup of Kovalev's raw physicality against Hopkins' cunning. And perhaps if that fight had developed on Saturday night, Hopkins' guile could have led him to a victory. But that's not what Kovalev brought to the table.

For 12 long rounds, fans saw Hopkins out-maneuvered — something I never thought I would write. That approach, more than Kovalev's brute strength, made Hopkins look his age. Even so, Hopkins accomplished what no man to face Kovalev has done: He endured 12 rounds. Hopkins broke Kovalev's knockout streak, despite having the courage and lack of common sense to stand right in front of Kovalev in the 12th round, absorbing some of the hardest punches that he's ever likely taken — punches that no other light heavyweight could have withstood without going to sleep.

When asked what had happened, Hopkins answered truthfully and simply:

"The better man was Kovalev tonight."

Although true, for the first time in a long time, Kovalev wasn't an exciting man. He clearly dominated the aged fighter but could not, or would not, capitalize on the instances where Hopkins seemed hurt. That may have been a function of Kovalev's decision to respect Hopkins and apply a consistent, measured pace and distance. Regardless, younger boxers with high ring IQs, like Andre Ward, may have seen the fight as an undressing of the boogeyman. When Ward finally returns to the ring, and when he finally makes the decision to move up in weight, a fight with Kovalev makes all the financial sense in the world. In every instance where Hopkins found a way to sneak in a right hand lead, turn Kovalev or avoid a punch, Ward will be able to do that fourfold.

For now, however, Kovalev stands on top of the light heavyweight mountain with few credible names to challenge him. Adonis Stevenson (the lineal champion of the division who brutally knocked out Chad Dawson to win the title) is tied up in an insignificant fight on December 19th. After that, a fight with Jean Pascal seems likely. So it will be a long while before Kovalev gets another marquee name to put on his ledger. Like Gennady Glolovkin, Kovalev might have to satisfy himself with B+ and A- fighters until another man of Hopkins' bravado is willing to take on the ever-developing, ever-broadening set of dangerous skills that Kovalev brings to the table.