Next weekend, on September 25, Anthony Joshua will put his world heavyweight titles on the line against undefeated Ukrainian Oleksandr Usyk. It’s a highly-anticipated bout, main eventing the night full of boxing talent!

After his latest fight back in December 2020, British heavyweight Anthony Joshua will step between the ropes and go toe to toe with a new challenge – in the form of an undefeated Oleksandr Usyk. The Ukrainian last fought in October 2020, where he beat British boxer Derek Chisora in London, and now has his sights set on another Brit.

Defending his WBA, WBO & IBF heavyweight titles, Joshua will face a tough test when he steps into the ring with Usyk. The eagerly-awaited bout comes after talks of a unification showdown between Joshua and Tyson Fury were delayed, as the ‘Bronze Bomber’ Deontay Wilder got his rematch for the WBC crown.

Therefore, the WBO mandatory challenger, Usyk, made sure that the world champion knew his presense was felt, and a fight was agreed. Now, the Ukrainian has his opportunity of dethroning the Brit, and extending his undefeated streak.

In an interview, Joshua spoke about how excited he is for the upcoming bout. AJ said: “September 25, Tottenham Hotspur Stadium, I put it all on the line again and it’s time to defend my crown. We are two Olympic gold medallists who have fought our way to the top and never avoided challenges.

“The stadium is exceptional, the atmosphere will be electric, I’m honoured to be the first person to fight in such an awe inspiring venue. The stage is set and I am ready to handle business!”. The boxing event, promoted by Matchroom Boxing, sold out within 24 hours of tickets going on sale.

Before we get to the main fight of the night, there’s plenty of high-quality boxing talent and action on the undercard. Just before AJ and Usyk battle in the ring, WBO cruiserweight champion Lawrence Okolie will defend his title for the first time, since winning it in March earlier this year. He will face challenger Dilan Prasovic – expect a heavy hitting brawl in this one.

As well as that, Callum Smith will make his return to the ring following his defeat to Canelo Alvarez back in December of last year. Now, he will make his light-heavyweight debut against Lenin Castillo – the start of a new chapter for Smith, as he attempts to become a two-weight champion.

If that wasn’t enough, Campbell Hatton – son of former super-lightweight Ricky Hatton – will also be in action, in what will be just his fourth professional fight. He will box in a super-featherweight bout against Sonni Martinez.

Elsewhere in the Heavyweight Division

Meanwhile, Tyson Fury and Deontay Wilder are set to complete their trilogy next month in another heavyweight clash. This battle is for the WBC heavyweight belt, the only one that Joshua has not got his hands on. The Gypsy King dethroned Wilder back in February 2020, and now will look to defend it on October 9.

The winner of Fury & Wilder will certainly look to the winner – especially if AJ successfully defends his belts – and could set up for a super showdown! However, there are a couple of other heavyweights in the division wanting a look in at a title shot.

Undefeated ‘Juggernaut’ Joe Joyce has made his way up the heavyweight rankings, and is definitely in the conversation for a world title shot. On top of that, Dillian Whyte has expressed his interest in fighting for a world belt one more time. There’s also New Zealand’s Joseph Parker & Andy Ruiz Jr also included in the potential world title bouts.

Are you looking to place a bet on next weekend’s action? Will AJ retain his belt? Will the challenger cause an upset & be crowned world heavyweight champion? Well, thanks to our bookmaker reviews at CaptainGambling.com, you can find plenty of betting sites that offer boxing betting markets! We recommend BetMGM – today’s leading online US sportsbook – check out our BetMGM review & sign up here!

Anthony Joshua vs Oleksandr Usyk | Dare To Do 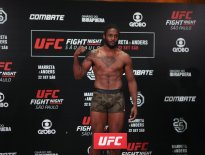 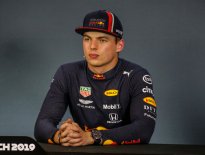