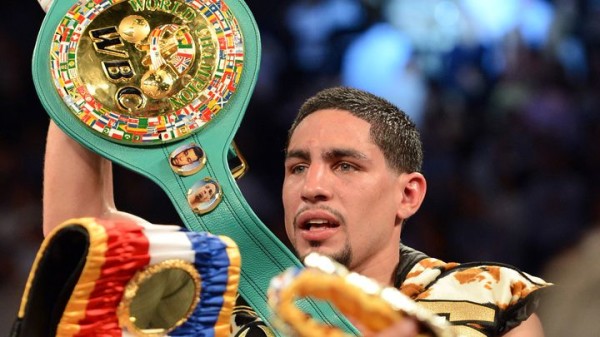 It's not because we got all the fights we wanted — that obviously didn't happen. In fact, that's likely never to happen, and that's okay. If we don't have anything to complain about, then we have probably just stopped caring.

It has been a fantastic year because in spite if the enduring Cold War between Showtime and HBO, Top Rank and Golden Boy, it's undeniable that the fans have been treated to the kind of big and exciting fights that produce drama and awe that resonates long after the hot lights on fight night have been turned off.

As in any year, however, there are standout fighters. And in years like this, picking them is harder than ever, but someone has to do it. We must give credit where credit is due. So here they are, in no particular order, the five standout fighters of 2013.

The Haitian-born fighter now living in Canada catapulted onto the radar of casual boxing fans on June 8, 2013. That night Stevenson was matched up against lineal light heavyweight champion, "Bad" Chad Dawson. Stevenson was supposed to be the respectable comeback opponent for Dawson, who'd recently been knocked out by Andre Ward at 168 lbs. One right hand changed that storyline with emphatic punctuation. Stevenson's explosive knockout put him on the map, and the subsequent boxing clinic he put on against Tavoris Cloud legitimized his new acclaim. With a fourth knockout in December, Stevenson capped off an exciting year — one filled with more craft and better opposition than his hard-hitting opponent to be, Sergey Kovalev. 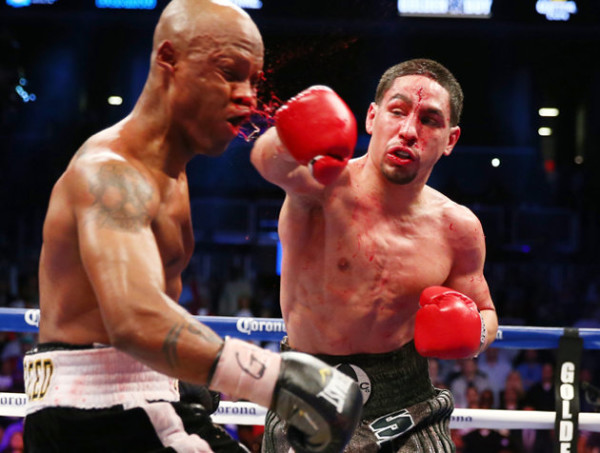 It's hard not to like Danny Garcia. He's a well-rounded fighter who just can't seem to be in a boring fight. He's affable in interviews and surprises his dad/trainer with gifts on YouTube. He's the neighborhood fighter who made it, and you want to see him continue to kick ass.

Garcia kicked off the year with a fan-friendly fight against a determined version of Zab Judah (which was very different from the version that showed up to fight Paulie Malignaggi). Judah tested Garcia's mettle in way that further legitimatized the strength of Garcia's character and chin. Then, Garcia took out one of the most feared punchers in boxing, Lucas Matthysse. After his devastating knockout of Lamont Peterson, Matthysse quickly got put on several fighters' "must avoid" list. Everyone except for Danny Garcia, that is. Garcia met the heralded Argentine banger on the undercard of Floyd Mayweather vs. Canelo Alvarez, and some say stole the show. He approached the Argentine the way that Adrien Broner should have approached Marcos Maidana — with care, with smarts and with patience. I expect some big fights for Garcia in the new year — something that will keep boxing fans happy.

Not only did Mikey Garcia win two titles in two different weight classes this year, he also showed the boxing world that he deserves a spot in the pound-for-pound discussions. Trained by his father and older brother in Oxnard, California, this young boxer has shown class and poise beyond his 23 years, likely because he comes from a fighting family. Against top quality opposition, he's earned flashy knockouts.

He outclassed the always determined Orlando Salido while showing he's got serious power. Then, even as he was struggling immensely with his weight, Garcia managed to knock out former champion Juan Manuel Lopez in devastating fashion. In his third fight of the year, Garcia stepped up in weight to face Rocky Martinez, who introduced Garcia to the canvass for the first time. In true championship form, Garcia recovered, adjusted and dominated. Look for Garcia to have another standout year in 2014 and move up in the pound-for-pound rankings.

With four fights and four knockouts this year, GGG maintained his aura of invincibility. With each knockout, the power puncher from Kazakhstan has been slowly building up his fan base while earning the praise of boxing pundits.

Golovkin deserves his newfound notoriety not just because he's shown a rare blend of power and boxing skill, but because in a time when every champion seems to wait for the big-money fights, he has decided to put his title on the line to all comers, consistently and with unusual frequency. No one else on this list defended their titles four times. With the exception of maybe Stevenson, no one else would probably even think of doing so.

Golovkin's boxing success has made it more difficult for his promoters and managers to get big-money fights. Until they lock one down, Golovkin continues to impress fans and pundits alike with his destruction of foes like Matthew Macklin and Curtis Stevens.  The more he wins, the more difficult it becomes for the big names to avoid him. By the end of 2014, I expect Golovkin may get his crack at one of the big fish in boxing, and then we'll get to see just how good he really is.

It cannot be denied. It cannot be questioned. Mayweather is a force of nature in boxing. Inside the ring this year he delivered two picture-perfect performances that remind people that he's as good as he ever was, if not better.

Coming into 2013, many fans, trainers and analysts were ready to label Mayweather's legs past their expiration date because of an admittedly sub-Mayweather performance against Miguel Cotto in September 2012. They failed to recognize that: 1) as with the Victor Ortiz fight, Mayweather had made a conscious decision to stay in the pocket to add another level of excitement, and 2) as with all of his fights, to the extent Mayweather was slipping, he would find a way to adjust. What's kept Mayweather at the top for so long hasn't been his hand speed or boxing skills. Plenty of fighters with just these skills sets have been beaten and beaten badly. Mayweather's true gift is his boxing intellect. His ring IQ usually keeps him two steps ahead of his opponents, and when necessary, he changes course of direction and finds a new path to victory.

In 2013, he beat a determined Robert Guerrero, who was coming off a career best victory against Andre Berto. Mayweather also beat the Mexican star Canelo Alvarez. In both fights, he recorded near shutouts on multiple scorecards, leaving the boxing world once again asking, "Is there anyone who can beat Floyd Mayweather?"

The big question for 2014 will be whether there are any credible threats out there (cough, umm Manny Pacquiao, Timothy Bradley,Golovkin, Erislandy Lara) Mayweather is willing to fight. Only time will tell.

Regardless of whom Mayweather fights, the most exciting thing about 2014 is that the sport does not hinge on one man. The sport is thriving. Boxing dominates the pay-per-view market, has brought together more than 40,000 fans to a single fight, both HBO and Showtime have reported repeated viewing audiences in excess of 1 million people on various fight nights, and after a long hiatus, boxing has returned to network TV. With the bevy of exciting and promising fighters flashing their skills and currently climbing the ranks, boxing is poised for another strong year.

Happy holidays. Until next time, keep those hand up.