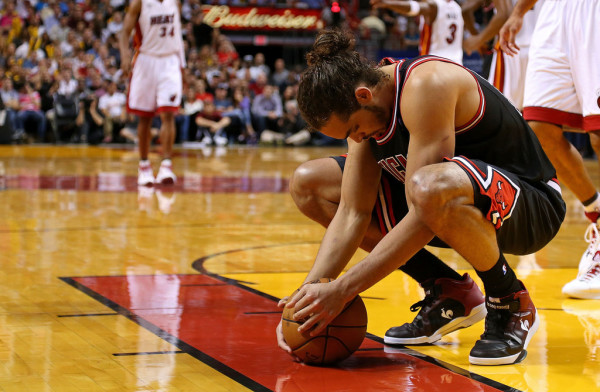 I won’t front, I’ve largely ignored the Bulls for much of the year. Don’t be upset. Why on Earth would I want to watch a team missing their mvp and most exciting player? How much enjoyment could I possibly receive from watching Carlos Boozer yell profanities while failing to box out or rebound? Why would I want to see Joakim Noah, a former Gator, run up and down with his stupid messy bun swirling all over the place like a 14 year old cheerleader?

As it turns out, it’s because the Chicago Bulls are good.

I first took notice of the Bulls toward the end of the regular season. While Miami was steamrolling everybody on a path to history, the Chicago Bulls were next on the schedule. I assumed Miami was going to roll over them as they did everybody else during that time period, but Chicago has always played them tough. As it turns out, the Bulls had given Miami just the 2nd loss in the previous 40 some odd games.

When Brooklyn and Chicago were matched up for the playoffs, I largely ignored the Bulls then too. With Westbrook less OKC team, a Golden State/Denver matchup, the Clipers and the Grizzlies getting ready for a fight to the death, watching the Jay-Z Nets and the Bulls were the last thing on my mind...

That is, until I watched Nate drop 23 in the 4th quarter in an eventual triple overtime win.

That’s when I started to pay a bit more attention.

Fast forward to the Bulls beating Brooklyn in a game 7 (in Brooklyn no less) and now we see the “point guard who’s injury was listed as muscle memory” team gearing up to take on the Heatles. I was reading Twitter when a Knicks fan said, “I’m glad we don’t have to play the Bulls. Let Lebron and the Heat deal with that bullsh*t.”

After Game 1, I understand those sentiments.

On paper, the Bulls shouldn’t have stood a chance. After playing an emotional game 7, Luol Deng not traveling with the team, Kirk Hinrich taking a seat next to “that other guy,” and having a total of about 18 minutes of rest, the Bulls had every excuse to mail this one in. 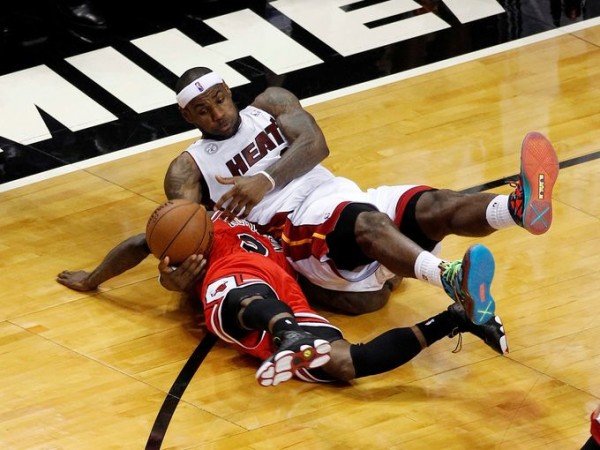 I don’t know how they managed to pull this off, but a backcourt featuring Marco Bellineli and Nate Robinson managed to out play, out hustle, and out tough the Heat. I’m not going to make any proclamations about the series as a whole, as I still believe Miami will be going to the Finals, but that was a helluva gutsy performance by this Bulls squad.

It seems as if the narrative for the entire year is “when is the other guy coming back?” I think focusing so much on one person is doing an incredible disservice to this Bulls team. After largely ignoring them for most of the season, I’ve definitely watched game 1 in amazement at the sheer will to win and heart displayed by this team. They seem to play well  (I’m judging by their 45 wins and playoff victories) no matter who is on the floor, which is likely a testament to the coaching and the organization overall.

The Bulls as an organization has been overshadowed all year by off the court news that shouldn’t matter. Maybe ESPN and the press should stop focusing so much on that guy and start focusing on what the team is doing on the court. I know I will.