By now, NBA season previews are rolling out. Countless basketball sites, podcasts, and television shows are breaking down all 30 teams; projecting how each will fare based on additions and subtractions. I would like to do something different and focus on teams through the fish-eyed lens of their respective most-intriguing player or players. I continue with the Los Angeles Lakers.

D’Angelo Russell might have learned a thing or two over the summer. Sometimes, young adults start the maturation process after doing something so boneheaded and publicly embarrassing. Last year’s #2 overall pick had a rollercoaster rookie campaign in more ways than one. Not only did he have to take a side seat to Kobe’s self-serving farewell tour, the invasion of teammate Nick “call me Nicholas or maybe Swaggy P” Young’s privacy via recorded conversation damaged his trustworthiness in the locker room. Despite not shooting well (41% field-goal percentage), he still made the All-Rookie team. The Lakers, however, were an awful team, despite Kobe’s best efforts to make the year all about him.

Kobe has thankfully retired. The Lakers, the sport’s most glamorous franchise, has begun the dreaded rebuilding process. Not only that, it appears the idea of wearing purple and gold no longer attracts big name free agents like it did even a few years ago with Dwight Howard and Steve Nash. The franchise’s name is not as persuasive a selling point as it once was, as superstars can be marketable superstars anywhere in the country. The spotlight that surrounds the Staples Center isn’t anywhere close to fading, but there are some slight electrical shortages in the marquee.

The Lakers are a project, but they are fixable. Think of them as a vintage car that requires a lot of maintenance. The paint has oxidized, it needs an entire engine overhaul, and the radio is busted. And those are just the issues than can be readily identified. Russell is the teenaged kid told by head coach Luke Walton that if he helps put time into rebuilding this lost treasure, the car is his. There will be a lot of hard work. There will be some setbacks. But if the right pieces come along, they’ll be able to restore the Lakers’ brilliance.

The caveat to this scenario is that Russell nor Walton have experience rebuilding near-scrapped antiques. Though Walton was a super subsitute head coach last year in Golden State, that team was experienced, talented, and loaded with chemistry. This Lakers team is young, inexperienced, and learning how to win through lots of losing. Walton and Russell must learn who they are as coach and franchise player, then teach themselves how to drive this historically legendary team. I think it is understood that a restored product doesn’t happen overnight. But it better not take too long–otherwise the job may be deemed too much for Walton and Russell.

The keys to the car are D’Angelo Russell’s, and he will be major component in just how much value the Lakers will have going forward, as well as its performance. That is a lot to ask of someone who turns 21 October 28th. But if he is up to the challenge, the results will be worth it. 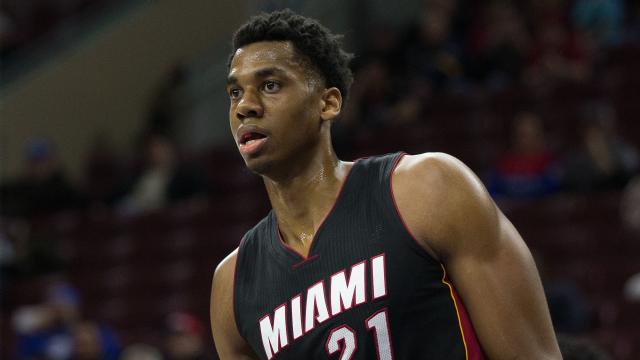