By now, NBA season previews are rolling out. Countless basketball sites, podcasts, and television shows are breaking down all 30 teams; projecting how each will fare based on additions and subtractions. I would like to do something different and focus on teams through the fish-eyed lens of their respective most-intriguing player or players. I finish with last year’s champion, the Cleveland Cavaliers. I end with Lebron James.

Let’s set these moments and factoids aside: seven straight Finals appearances, winning Game 7 on the road, being the first to lead a team back from a 3-1 deficit, leading all players in the Finals in the five major statistical categories, the block, the almost dunk, bringing Cleveland a championship, chuckling at Klay Thompson calling him sensitive, back-to-back 40-point games, his stats in elimination games, and a third Finals MVP. Do you want to know what fully validates LeBron’s legacy?

There are two lines of thought which meet at a singular point. First, the team that had the best regular season record of all time–the team that had seen the best of LeBron James the season before and still won a title–actively recruited the game’s best scorer to join their already potent offense. Second, said scorer–after nearly beat said best regular season team ever in the playoffs–chose to join this already potent team so basketball could be fun again. I’m not saying anything is wrong with either idea. However, I will present an idea that I believe is true.

Kevin Durant and the Warriors are afraid of LeBron James.

It is human nature for us to downplay miraculous feats because we cannot fully grasp what we saw. Our brains refuse to accept things we cannot understand as better than us. We don’t like to be shown our mortality, especially by another mortal.

LeBron James is a different mortal. He’s the closest iteration of being superhuman we have in a professional athlete. There is no one who anyone would consider a contemporary to him who deserves to be called such. LeBron James has no on-court peers, including his actual friends. He is something above the gold standard.

If the Warriors were nonbelievers after the 2015 Finals, and defiantly blasphemous after four games in last year’s Finals, signing Kevin Durant proves they are more than witnesses. They are former heretics who’ve now seen the light and are deathly afraid of LeBron’s divine wrath. LeBron went from a great king resigned to the inevitable end of his empire to a celestial harbringer of revelation. He transformed into Jules Winnfield, Samuel L. Jackson’s character in Pulp Fiction, except his righteous fury was triggered by the notion he was too sensitive. He has been nothing but righteous, yet there are constant attacks aimed at LeBron by those who shouldn’t dare try to beset a man on a righteous path. The fact James has more Finals losses than wins is so minuscule compared to the lengthy list of accomplishments that go beyond what’s listed in the first non-italicized paragraph.

I reiterate that it is human nature to dislike what cannot be explained, especially if it is amazing. A lot of people think LeBron reverted back to 2012, when he went to a place only gods can go in order to exorcise the Celtic demon. He knew he had to overcome that obstacle on his own. Last year’s Finals was different. He didn’t need everyone to clear the way and let him be awesome. He had to inspire his disciples–namely, Kyrie Irving–to believe that the team across from could be beaten. Then, as the rest of the Cavaliers began to have faith, he took his game to a level of holiness that even a 73-win team could not refute, tried as they might during the summer.

I am not hiding the fact that I’m canonizing LeBron James. I will not. Greatness needs to be celebrated, exalted and revered. LeBron James is flat-out hater-proof. The shine on his legacy cannot be tarnished by anyone or anything. Detractors were just haters before 2016. Now, they’re just utterly wrong and disrespectful. He is so great that a team that won 73 games and the unquestioned second-best player in the world felt compelled to join forces in order to hopefully ensure a championship. That is the trump card that trumps all trump cards. Hell, LeBron James is a stacked deck by himself. That’s why the Warriors tried to stack the deck.

So what’s next? What does the man who needs to prove nothing do while still close to the height of his powers? What does Hercules do the day after he becomes a demigod? The regular season does not move him, as he noticeably conserves his energy. A fifth MVP for him is unlikely, though he is the de facto most valuable player, commodity, and source of income in the Association. LeBron’s place on Mount Olympus is waiting for him. I both feel he will not retire before he is ineffective and he’s not close to being ineffective. He is something different. And I can’t explain it, but I’m glad to be a witness.

So that’s it. A season preview for every NBA team, written by me. Whether you read just this one, a few or all of them, thank you for giving me any percentage of your time and attention. What’s Next for me? I’m going to enjoy this basketball season. Look for more things from me throughout. Happy NBA, people. 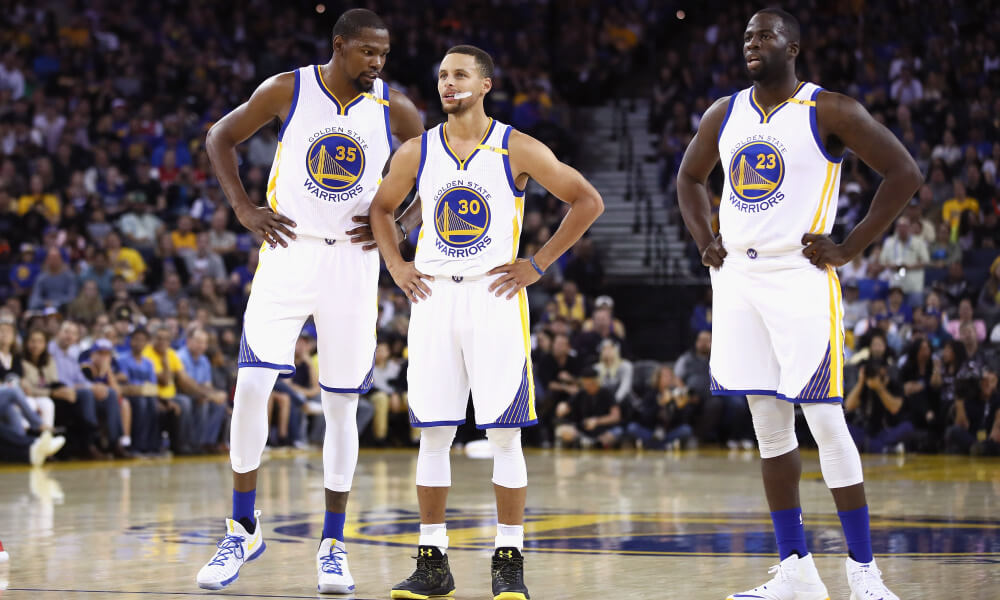