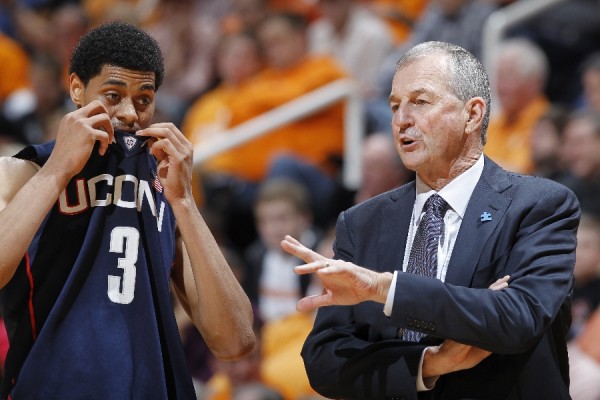 Before this season, the Huskies were ranked number four in both the AP and coaches polls.

After a home win over St. John’s on New Year’s Eve, Connecticut extended its winning streak to seven games and moved to 12-1 on the season.

Then, the Huskies fell off.

They lost by 12 at Seton Hall and by seven at Rutgers. After that, they got back on track by beating West Virginia and Notre Dame.

The next two results were both losses (to Cincinnati and Tennessee by three points each), but relief was on the way. Guard Ryan Boatright was cleared to play by the NCAA.

Boatright’s ineligibility had been a dark cloud over the Huskies not once, but twice this season. With the star guard back in blue and white, it was a foregone conclusion UConn would right the ship. 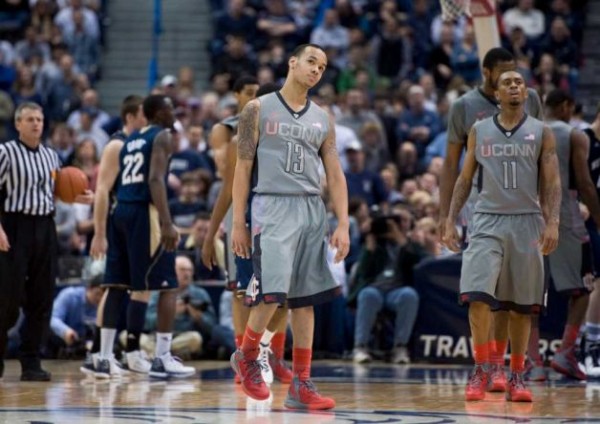 They fell by two to Notre Dame and then got blasted against Georgetown by 14 in a game where the score was closer than the result.

That was all for Coach Jim Calhoun. The three-time national championship-winning coach took an indefinite medical leave, due to back problems. It looked like no problem for the Huskies, as they slammed Seton Hall by 23 in Storrs Saturday.

Louisville took a five-point lead into halftime. Just 2:30 into the second half, the lead was 13. The Huskies hung around and got to the under-12:00 timeout down just 12.

Eventually, UConn quit. The announcers (Bill Raftery, Jay Bilas) knew it. The players knew it, judging by their postgame comments. Louisville knew it, too. They quit playing defense, and they quit running offense.

They quit contesting open three-pointers, and they quit attempting to take care of the ball. One thing about UConn has always been their tough-minded attitude. To see them whimper and quit seemed preposterous.

When everything was said and done, Pitino’s bunch chased the Huskies out of the arena and onto the Louisville/Northern Kentucky tarmac with their tails tucked between their legs.

But the tail-tucking happened long before the flight home.

It was gut-wrenching to watch a team filled with top talent quit on each other. It was torture seeing a team that won last year’s title act like they didn’t know what it took to do so. It was pathetic.

So what does anyone make of UConn? They sure don’t pass the eye test at this point, and it doesn’t get any easier.

Next, they travel to Syracuse to play the second-ranked Orange. After that, they host Depaul and Marquette. The end of the season will do them no favors; at Villanova, home against Cuse, at Providence, and a home game with much-improved Pittsburgh.

When the dust settles, the Huskies will probably be looking to make a long run in the Big East Tournament to get back to the dance.

They’ll wish they had a shot at defending their national title.

If that happens, don’t weep for the Huskies and their foxhole prayers. Remember the night when they quit in Louisville.

Hopefully, they will, too.

2 Replies to “What A Difference A Year Makes. The Fall Of The UConn Huskies”