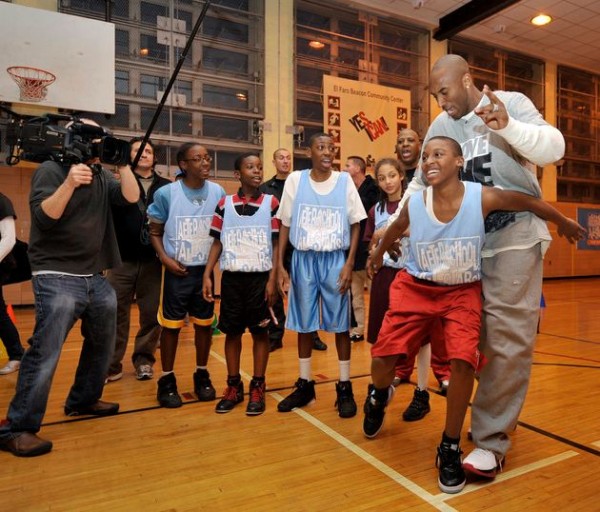 Last fall, the NBA lockout had hoops fans drowning in their tears, civic leaders fretting about arena lease payments, and television cameras feeling bare without the suits of Craig Sager and Walt Frazier. It was certainly bad when you consider everything within a stone’s throw of the action, but there was one other place where the effect was close to the nuclear winter, as Kobe Bryant theorized.

Where I live, love and learn. Yeah, that place.

You see, a professional sports organization is supposed to be neutral when it comes to its fans. There’s not supposed to be an inkling of a preference for what types of people choose to watch the games in person, but no matter what, every league would love the people with the fattest pockets and largest of appetites. After all, the money teams make in their games comes from a mix of corporations, mid-sized businesses, suburban families, after-work "bros," visits from nonprofit groups and anyone else willing to throw down a minimum of $200 for a few hours.

Yet, what truly makes a sport go is how it’s spoken of away from stadiums and arenas. And in a lot of cases, it’s how it’s spoken of by people who don’t dole out the cash to attend the games, but will park in front of the TV and strike up a conversation as soon as the game ends.

Oh, sure, football dominates wherever it’s discussed, but there are probably far more discussions at work because of office pools and that annoying guy blabbing about his fantasy team. Baseball can somewhat lay the same claim, but with the diminished national profile and the exhaustion of the PED/steroids cloud, it just seems as if it’s a sport that’s taken a concert feel – the buzz waits until fans converge at the park. Hockey and soccer aren’t dissimilar to baseball, and unless you’re a passionate fan of the individual sports like tennis or golf, it’s not often that those games can capture your friends’ attention spans for months.

Basketball, on the other hand, takes on something more when you walk through city streets. You’re never too far from any outdoor courts, and there’s no question that the nearest recreation center or YMCA has a hoop or two inside. They’re far more prevalent than ball fields or rinks in most places around the country, and to save you an urban planning discussion, it helps that the game doesn’t cost much for communities with shrunken budgets or city dwellers with limited resources to get involved.

Those courts are a constant reminder that the NBA has such a hold. Those courts are where every kid is a dreamer and every adult is trying to channel his or her inner Charles Barkley on the boards.

[Of course, at this point, you’re probably saying to yourself “he can’t mean all the streets!” In fact, you’re probably thinking that there’s some sort of code here, and truthfully, you’re right. An overwhelmingly black sport where the players are far more recognizable because of their height, uniforms and numerous tattoos? Absolutely, there’s a racial angle to the buzz. Yet, there’s more behind it.] 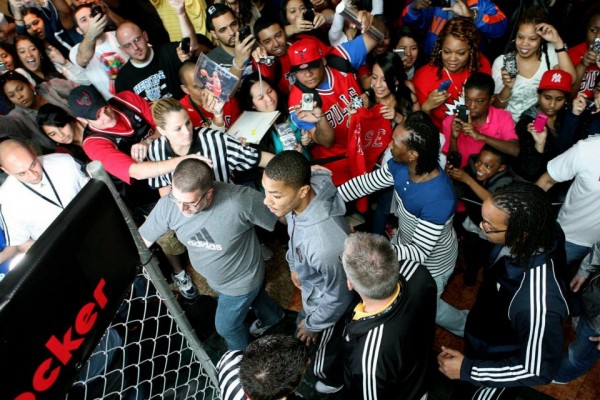 A major reason for this is because basketball is the most intimate of all sports. The size of football fields along with the shielding from uniforms keep fans away from the players, especially the emotions those athletes display during the games. Certainly, hockey partially takes the sheathing from football (helmets) while baseball and soccer share the gridiron size. On top of that, baseball players don’t interact much unless a hitter gets on base and chums it up with the defender.

Basketball features non-stop interaction. And with the NBA, more so than every other level of the game, personalities shine so much more. Even if these guys are abnormally tall, and many take in millions of dollars, it’s easier for a lot of folks in the hood to identify with them because at least these players show their individuality and kinship far more than other sports.

The other matter connects to that very intimacy of the game: Most people who ever attempted to play a sport tried to play basketball. Within the cities, however, there’s a very good chance you’ll run into someone who played with some middle school, high school or AAU squad, or even ran with one of the teams that were essentially fodder for said AAU squads – like yours truly. When you’ve played and been around people who have played basketball with some severity, you take in its culture rather quickly.

The sneakers, the shorts, the drawstring book bags, the smack talk, the measurements of vertical leaps, the bragging about catching the backboard or grabbing the rim, the mimicking of NBA players.

So, during those rough days of the '70s when the league’s games were on tape delay, drugs were rampant – as well as the NFL and Major League Baseball, but how selective memories can be – and the game became "too black," those very streets kept the game alive by building the legend of Earl the Pearl, stayed affixed to Gervin vs. Thompson, and showed love to Wes Unseld for an impeccable afro (it was immaculate).

And during the days where all the mainstream talk was about Magic and Larry plus the ascension of Michael, the streets talked about Isiah, ‘Nique and Clyde. They screamed about the lack of a spotlight on Dennis Johnson compared to his teammates, and wondered why Michael Ray Richardson couldn’t get himself right.

And when Michael officially became Michael, you couldn’t end the day without getting into or at least observing some sort of debate on the block about who was the second-best shooting guard in the game. Run TMC was the squad every kid talked about playing with in NBA Live, the combo guards were the evolution (not the revulsion), and Latrell Sprewell found redemption long before the ’99 Finals.

And when The Decision made it to the morning talk show circuit … well, okay, people from Watts to Wellesley lost their minds.

The excitement may not reach the ESPN/advertising/Budweiser-fueled fever pitch the NFL gets once summer hits, but with every offseason trade, Twitter meme and need to be heard, the NBA takes a hold throughout the city streets that no other sport seems to.

And as exciting as the last few years have been, we wouldn’t have it any other way.

Welcome back, NBA. You’ve been missed around here.

7 Replies to “Welcome Back, NBA - The Streets Have Missed You”