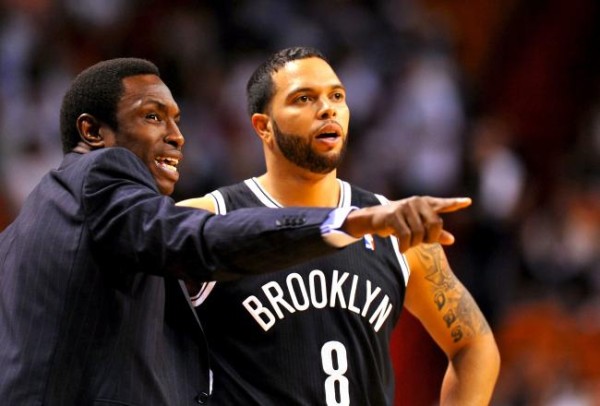 The Nets have been for the majority of the last 20 years the NBA’s longest rebuilding project. It’s like the highway you drive on all the time that’s a pain to ride on and seems like they are never going finish “fixing.” Look at the details, and it is all there. The Nets are the biggest posers in all of big-city sports in America today, mostly because they’re driving along this highway blindfolded and looking in the wrong direction.

Ever since “The Russian” purchased the squad, the self-built buzz around the club has been unreal. The promise was they were going to sign premium free agents and then take to the streets of New York with this club as an equal competitor. No expense was too great, no method too far. To that extent, they even tossed the ultimate corporate mascot, Jay-Z, enough of the squad that the surface level masses believed he was in on the process as well.

Now three years later part of that has actually come true. They did pack their bags and head across the river to BK, but they forgot to bring along the part of that deal that really mattered: anything that resembles a transcendent talent. The type that so many other teams have acquired in the last few years since that dream was first sold. Instead, they’ve collected an impressively lukewarm collection of castoffs and coach killers, spearheaded by Deron Williams and Joe Johnson. So while the Knicks have been building an actual team around a real star in Carmelo Anthony, and even the Lakers have added an extra superstar in Dwight Howard (who the Nets couldn’t deliver on promise with either), the Nets have run out with the most hyped B squad in the game today, while expecting to be marquee in a city they just showed up in. That’s rationality worthy of Arkham Asylum.

So instead of realizing the error in their ways, and knowing that the process still had some progressing to do, they got rid of the only right decision they had made since trading for Jason Kidd (before the Russian crossed over the rubble of the Berlin Wall anyways): They dump Avery Johnson. If there was any hope for this cast to get turned around, that was it. And it was tossed out the backdoor just a month after being heralded as the best in league at what he does.

So if they were wondering why nobody wants to sign in Brooklyn, or why it even took the last second for their one credible star to come back (even if it was a pure max money grab), this is it. And since there’s no sign of any better decision making to arrive in their new borough anytime soon, just expect the Nets to top out at being as relevant to the Knicks as the other pro squad in the city is that rhymes with their name is to the Yankees.

2 Replies to “Wake Up: Why The Brooklyn Nets Will Never Be”