Sorry, I apologize for the singing, but I can’t mask my enjoyment for the start of the 2016-2017 NBA season. Here at TSFJ, Johnathan Tillman delivered a marvelous catalog of NBA previews, while Kyle Madson and Anthony Irwin offered the punniest NBA preview you never knew you needed. Having said that, I am here to give a wish list for the people.

There are lot of things that fans want to see—both good and bad. I’m no psychic, so there is a chance that none of this happens. That’s why it’s a freaking wish list. Enjoy

Golden State vs Cleveland in the NBA Finals Part III

LeBron James is chasing the ghost of basketball immortality in Michael Jordan. It’s no secret that James wants to become the best player to ever play in the NBA, and the only way that can transpire is to continue to win championships. As of now, James has three rings, a fourth ring could further cement his lore in basketball antiquity. Many Jordan apologists feel that it’s unreachable, but at the rate the King is going, it’s not out of the question. The existence of paranormal phenomena such as the legend of Michael Jordan is in a safe space, but if LBJ defeats the alleged “super team” in Golden State, he’ll do more than tug on the G.O.A.T.’s cape.

I’m picturing Russell Westbrook running wildly into NBA arenas all season as if he is the Ultimate Warrior. All eyes will be on Westbrook this season. The menacing point guard with a penchant for egregious dunks will be in go-mode without Kevin Durant. Westbrook is a furious player by trade, but he will play with a gargantuan chip on his shoulder. The nightly manifestation of fury and dominance will be breathtaking, to say the least.

The Draymond, Klay, and Steph Show, added a new co-star in Kevin Durant. KD declared his NBA Independence as he joined forces with the Warriors. The basketball world was up in arms when KD left the familiar comforts of Oklahoma City to join the vibrant scene in the Bay Area.

In the preseason, we’ve seen a glimpse of what can be with adding Durant, but it’s a small sample size. Last season the unselfish play, the disrespect, and the buoyancy was a nightly spectacle, but this year will there be enough balls? Or will Draymond kick them halting the growth of the Warriors?

This is the day when Durant makes his long-awaited return to Oklahoma City. The atmosphere will be bedlam in OKC. Can Russ go into Kamehameha mode to ruin KD’s homecoming? Let’s hope so.

When head coach Fred Hoiberg is the best shooter on the team, there is a problem. Although Chicago needs shooting despite having Doug McDermott and Nikola Mirotic, the Bulls upgraded by adding Dwyane Wade and Rajon Rondo. Having Wade and Rondo team up with All-Star Jimmy Butler makes for a trio that can slash to the paint at will, but can their egos mesh? The hope is that the Bulls make it back to the playoffs, but it’s unlikely with a peculiar roster, no spacing, no defense, and an incapable coach.

I can’t believe I’m typing this, let me pause for a second ……. Dwight Howard has fallen off the map over the past few years. Whether it’s due to injury or the lack of production, Howard hasn’t resembled the player that was dubbed “Superman.” Since leaving Orlando, he’s converted into Clark Kent.

While there have been some flashes of vintage Dwight, they are few and far between. As Howard is back in his hometown of Atlanta, perhaps he can step inside of the phone booth and morph back into the superhero with the cape and unlimited super powers.

Joel Embiid the All-Star and Rookie of the Year

If Joel Embiid stays healthy and is used properly, winning the Rookie of the Year award and a trip to the All-Star Game in New Orleans are not out of the question. Although he was drafted two years ago, he’s eligible to win the award, because he hasn’t played an NBA minute.

In the preseason, the enormous center flashed his arsenal of skills. From nimble footwork to having a deft touch around the bucket, the fans are drooling at his potential.

The NBA point guard gauntlet is real, and this year, a sort of new face will emerge as one of the elite players at the position. For starters, he doesn’t mirror the look compared to other point guards across the league. The reason being is that he’s damn near a foot taller than his competition. His name is Giannis Antetokounmpo.

For those who is reading this, I hope you can finally spell his name as Johnathan Tillman eloquently stated in his previews. If you can’t spell it now, it’ll become easy by season’s end. The soon to be 22-year-old was once a lump of clay, but now he’s molded into an unrivaled talent. The thought of putting Giannis at point guard is forward thinking, and hopefully, the gamble will pay off.

Last year was a small sample size and it was special. Last March, he put up insane numbers by averaging 19.0 points, 7.3 assists, and 7.4 rebounds. What he lacks in shooting he makes up in the other facets of the game.

Defensively he will be a nightmare, and in the open court, he’s a gazelle with a want to euro-step and dunk on opposing foes.

Let’s stay in Milwaukee a little while longer. Parker is more than a dunker, but when he takes flight, it’s exhilarating to see a man his size to soar with such grace. The third-year pro is looking to build on his second-year campaign where he averaged 14.1 points and 5.2 rebounds. On top of his ascension to becoming one of the best forwards in the NBA, a dunk here and there will sit well with NBA fans.

If Chris Bosh decides to lace up his Nikes, I hope that he’s truly healthy. With his recent battle of blood clots, it’s uncertain if he’s going to retire. If and when he returns, we hope that good health is on the horizon.

Before you throw tomatoes at me, the chances of James Harden winning the MVP is higher than what you think. Last season, Harden 29.0 points, 7.5 assists, 6.1 rebounds per game for a sputtering Rockets team. This season, Harden will look to bring his team back to the mountain top to the Western Conference.

In Mike D’Antoni’s seven second or less, three-point happy offense, Harden will flourish. As the point guard of the high-octane system, the smooth lefty has the scoring ability and playmaking prowess to win the award. Of course, he’ll have to fend off competition, but as he does on the court, he’ll Euro-step around them en route to the zenith of the NBA winning the MVP trophy.

The Reoccurrence of Worthy Basketball in the Mecca

The New York Knicks made a complete overhaul in the offseason. Starting with bringing head coach Jeff Hornacek to adding players such as Courtney Lee, Derrick Rose, Joakim Noah, and Brandon Jennings to team up with Carmelo Anthony and Kristaps Porzingis.

To be honest, this team could win the 2010 Eastern Conference Finals, but in 2016, they should be good enough to win 45 games or so. Although they don’t have a championship-caliber team, the playoffs are a strong possibility.

The Rise of the Future Stars in the NBA

The expectations for Porzingis, Karl-Anthony- Towns, Devin Booker, and cell phone aficionado D’Angelo Russell are astronomical. For KP, Towns, and Booker, they look to build on wildly successful rookie seasons.

As for Russell, he’s free from the warden, Byron Scott, and he will be playing under the fun-loving Luke Walton. In coach Walton’s system, Russell gets to create some excitement that should have been at the forefront for the Lakers last season. The quartet of young players will have a chance rise into the pantheon of the NBA elite if they continue to maximize their potential.

Can someone please save DeMarcus Cousins from the Sacramento Kings and trade for him?

Thanks, Tristan Thompson, you screwed that up. 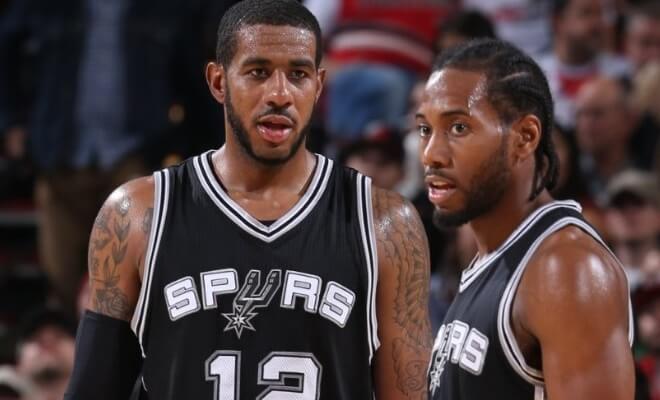 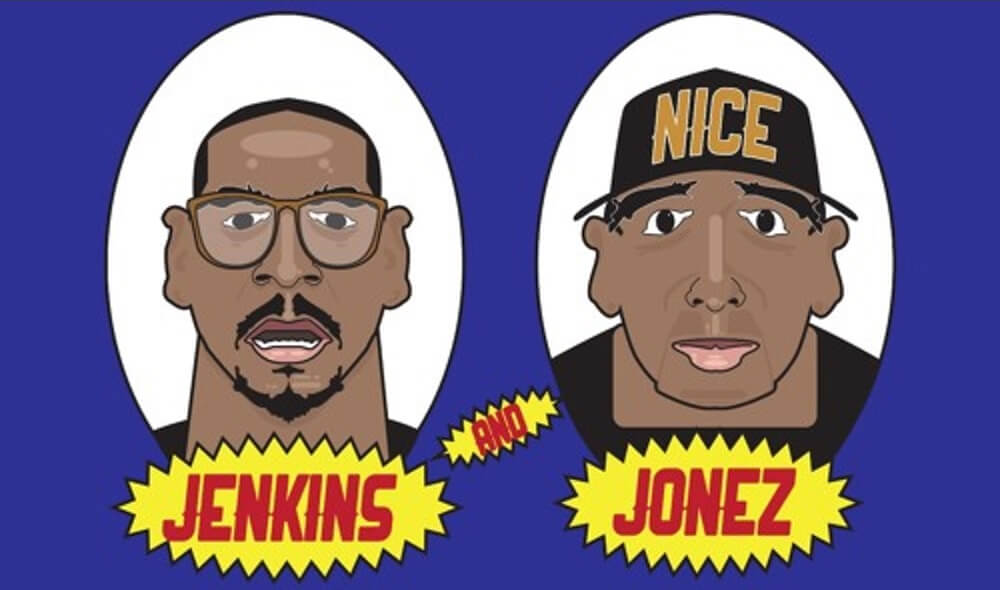