It’s Dirk Week here at The Sports Fan Journal. For no reason in particular, we thought we should take some time to show our appreciation for one of the NBA’s most underappreciated superstars. At some point in his next four games, Dirk will join one of the most exclusive clubs in all of sports, the 30,000-point club, cementing him as one of the greatest players in league history. It’s not just Dirk’s game that we love, it’s everything about his storied career on and off the floor. So this week, we’ll remember the ups, the downs and everything in-between. Happy Dirk Week, y’all.

When Dirk Nowitzki hangs up his Nikes, perhaps, he will leave a legacy of having one of the best signature shots the NBA has ever seen. For as quirky and unorthodox as it is, the one-legged fading jump shot has a special place in basketball history.

In any realm of life, imitation is the highest form of flattery. We’ve seen many players on all levels try to duplicate it, but none can do it quite like the once-skinny kid from Germany.

Long before he bared resemblance of an organic beard butter CEO, he did a lot of his damage from beyond 15 feet. Additionally, he became a pick and pop nightmare alongside Steve Nash. Like many younger players, they don’t reach their peak until they establish a go-to move that becomes second nature to them.

We saw it with Michael Jordan, Kobe Bryant, and Shaquille O’Neal. When players become more cerebral, the game slows down, and it becomes a game of chess. While the young(er) Dirk spent a lot of time shooting three-pointers and taking bigger guys off the dribble, he became a basketball demigod (Yeah, I said it) after perfecting his one-legged fadeaway.

The goal of the fading jump shot is to create separation by drifting back before you shoot the ball. It’s definitive a tactic that sets up the defender to fail in many ways. Being a great shooter like Dirk, a fadeaway can easily turn into an up and under move, or a trip to the foul line. That’s why it’s so tough to guard when Dirk gets in position to use his go-to move. It’s even more dangerous when he’s on the block. From there, he can use his size and length as an advantage. It normally takes one, maybe, two dribbles, and just like that the ball is sifting through the nylon.

Dirk’s playoff struggles shaped him into the legend he is today. (Source: Zimbio)

I can’t say I know the exact time when Dirk implemented arguably the most unstoppable shot in the NBA history, but it culminated after being humiliated in the 2007 NBA Playoffs. Against the Golden State Warriors, Dirk didn’t play up to his MVP billing. Stephen Jackson, Matt Barnes, and Mickael Pietrus would use leverage against him while he tried to post up. He struggled, and the criticism rang for years after a first round exit. He was the first MVP to lose in the first round of the playoffs while having the No. 1 seed in NBA history.

To no surprise, he was called soft, which was common to call European players, but I don’t think it was a fair assessment. It was the second year with Dirk not playing with Nash. Therefore he had to create for himself. After a hellacious summer, the one-legged fadeaway became a weapon, more than an experiment.

Most, if not all great NBA players have a go-to move. Allen Iverson had the crossover, Hakeem Olajuwon had the “Dream Shake,” Kareem Abdul-Jabbar had the skyhook, and Tim Duncan had the bank shot. While it may not garner the notoriety of the players mentioned above, Dirk’s one-legged fadeaway belongs in that conversation.

Dirk toys with Serge Ibaka as he shoots his famous one-legged fadeaway.

As Dirk lit up opponents in the 2011 NBA Playoffs, the better he played, the more people paid attention to the unique shot. As the Dallas Mavericks and Miami were squaring off in the NBA Finals, the Heat took notice of Dirk’s signature move, specifically, LeBron James.

In an interview with the Sun Sentinel, James stated:

Probably, the most unstoppable shot is probably the sky hook, I guess you put Dirk second,” James said. “You have a seven-footer fading off of one leg, there is no one that can block that shot.”

Have you ever seen anyone block Dirk’s fadeaway? I haven’t. Not to say that it hasn’t happened, but it shows how effective it is. As the landscape of basketball continues to transform,  Nowitzki hasn’t changed much.

As he nears the 30,000 point mark, he’s set to enter a terrain where few NBA players have been.

It’s natural to analyze his career to see where he stands among the all-time greats. Many won’t agree with me, but he is one of the greatest players ever to play the game. In addition to his transcendent skills that help revolutionized the league, his one-legged fadeaway has a legacy of its own as one of the sweetest shots that the game has ever seen.

TSFJ Presents Dirk Week: An Appreciation of The One-Legged Fadeaway 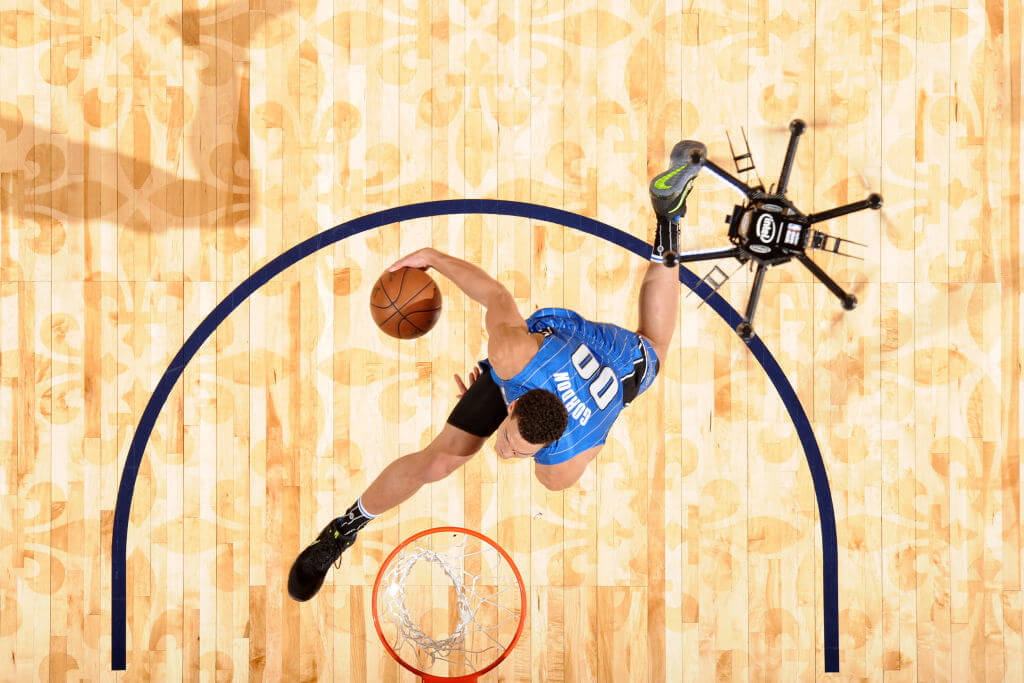