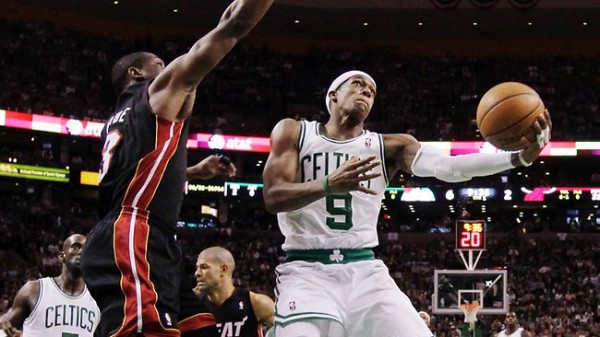 Rajon Rondo's remarkable play this postseason has a growing number of people suggesting that he is the best point guard in the NBA. Rather than go on an extended rant about why he is not, I'm going to take it a different route.

Normally, people demand that great or poor play be sustained in order for someone to move up in the "best player" rankings. However, when the comparisons are so close, when does that moment arrive where Player A definitively passes Player B? So what I will do is present some criteria that I have seen people use when ranking players.

1) Rings/career accomplishments. No. If you are debating which player is better currently, this has no bearing in any argument. Being the "greater" player is not synonymous with being the "better" player. There are a certain group of fans that need to grasp this portion of the sermon, but no names. Moving on...

2) Head-to-head results. In the words of the immortal Ric Flair, "To be the man, you gotta (woo!) beat the man!" While this argument is slightly better than career accomplishments, it also has little bearing on which player is better in team sports.

3) Team success. This brings me to the tangent question: can an elite player in a team sport be on a less-than-great team? While I believe so, a lot of people do not share the same sentiment. For example, Kevin Love moved up the player rankings this year and his team still missed the playoffs. So there's that. However, if a player is a very integral part of his team's success, then his overall play has gotten better. I don't know which end of the spectrum is correct. I'm merely presenting both ends of the spectrum.

4) Sustained greatness. This argument is tricky. While it is the one I subscribe to the most, it's also the most subjective. Who determines the length of time it takes to reach that point where said player levels up? And again, if Player A and Player B are so close in comparison, has one player been better for a shorter time?

I don't know all the answers. What I do know is that there seems to be a differing opinion with each person. That's the beauty of sports. Various perspectives allow for debate, as long as the debate is sensible.

2 Replies to “To Be The Man: The Four Ways To Determine Which Player Is Better”