On Monday, the Villanova Wildcats ascended to the top spot in the AP Poll for the first time in school history. They also grabbed the No. 1 ranking in the Coaches Poll. Teams don’t reach such heights by accident or by being invisible, but Villanova is the least-discussed No. 1 team in a very long time.

All the numbers support the team’s ranking, but there just isn’t a whole lot of buzz around this squad. The Cats aren’t consistently mentioned as a Final Four threat, and they seem to just be flying under the radar in a lot of the big-time college basketball discussions.

There are several contributing factors that have led the Wildcats to becoming a bit of an oxymoron — an “underrated” No. 1 team — but let’s start by looking at how Villanova has climbed to the top of the rankings.

Head coach Jay Wright has his team off to a 21-3 start. All three losses have come against ranked opponents, and among the 21 victories are a road win against then 11th-ranked Providence and a drubbing of another top five team, Xavier. Villanova is second in RPI and third in BPI. The Wildcats are currently third in strength of schedule and seventh in points allowed. If you saw those numbers without a name attached to them, surely you would put that team on the short list of Final Four favorites.

The Wildcats are led by senior point guard Ryan Arcidiacono, who brings energy and a steadying hand, as well as a penchant for knocking down shots in the clutch. Junior Josh Hart is one of the most underrated players in the country, averaging 15.5 points and 7.4 rebounds per game while shooting 52 percent from the field and playing with a reckless abandon that shows no concern for his physical well-being reminiscent of Allen Iverson. Big man Daniel Ochefu gives Villanova something some of Wright’s other great teams have lacked, a legitimate threat in the post. Kris Jenkins and Jalen Brunson provide some depth and balance, rounding out a group of five players averaging nine or more points per game.

Here you have a team with experience, balance and a respectable amount of depth. Nova has a guy to go to when it has to have a bucket in Hart, a guy to take the shot with the game on the line in Arcidiacono, an anchor in the post in Ochefu and a gaggle of other players who can pick up the slack when teammates are struggling. Again, that sounds like a pretty good recipe for tournament success, right?

And yet here we are, with Villanova getting glossed over as teams ranked in the sixth through eighth spots are dominating the national conversation.

So what’s the cause of ‘Nova being overlooked and struggling to be taken seriously? Part of it is circumstantial, and part of it is Villanova’s own damn fault.

The circumstantial, and far less important, factor is the fact that the Wildcats play in the Big East. More importantly, they play in the Big East and the Big East has a TV deal with Fox Sports 1 instead of ESPN. ESPN dominates the sports consumption landscape, thus naturally sets the discussion. With business being business, ESPN spends the majority of its time discussing the leagues it broadcasts, most notably the ACC, SEC, Big 10 and Big 12. ESPN also gets a lot more eyeballs, so teams in those leagues get much more face time.

The second, much bigger factor is Villanova’s own spectacular failures in the past two NCAA Tournaments. Two years ago, as a 2-seed, Nova lost in the round of 32 to UConn. UConn went on to win the National Championship, but that doesn’t erase the failure by Villanova. The Cats managed to outdo themselves last year, losing again in the round of 32 to an uninspiring N.C. State team, this time as a 1 seed.

After two straight incredible regular seasons and two straight spectacular tournament flameouts, the college basketball world has two words for Villanova: Prove it. Until the Wildcats can translate the regular-season success into at least a respectable tournament run, they will be looked at with cynicism and face more questions than affirmation.

Villanova plays a refreshing brand of selfless basketball in which on nearly every possession all five players touch the ball and contribute, similar to what the Atlanta Hawks were doing so well last season. Over the past two and a half seasons, the Wildcats have compiled an 82-11 record and won two Big East regular-season championships and a Big East Tournament championship. A third regular-season conference championship and Big East Tournament run appear likely in 2016.

They have clearly been one of the best programs in the country over that span. Coach Wright and the players deserve respect for the remarkable regular-season accomplishments, but until those accomplishments are paired with a meaningful run in March, they will continue to be haunted by the past two tournaments.

Come Selection Sunday, Villanova will most likely be awarded a No. 1 or number 2 seed, their deservedness of which will invariably be questioned. The high seed will be earned for all the reasons mentioned above and because the Wildcats shouldn’t be punished by the selection committee for past tournament results. But in the court of public perception, Nova can and will be punished for its recent tournament ineptitude, and until Jay Wright’s squad makes a deep tournament run, the impressive regular-season accomplishments will continue to be marginalized.

The Villanova Wildcats: The Quietest Number 1 Team Ever

by Josh Naso time to read: 3 min
Basketball On The LeBron-Kobe Rivalry And The Finals Matchup … 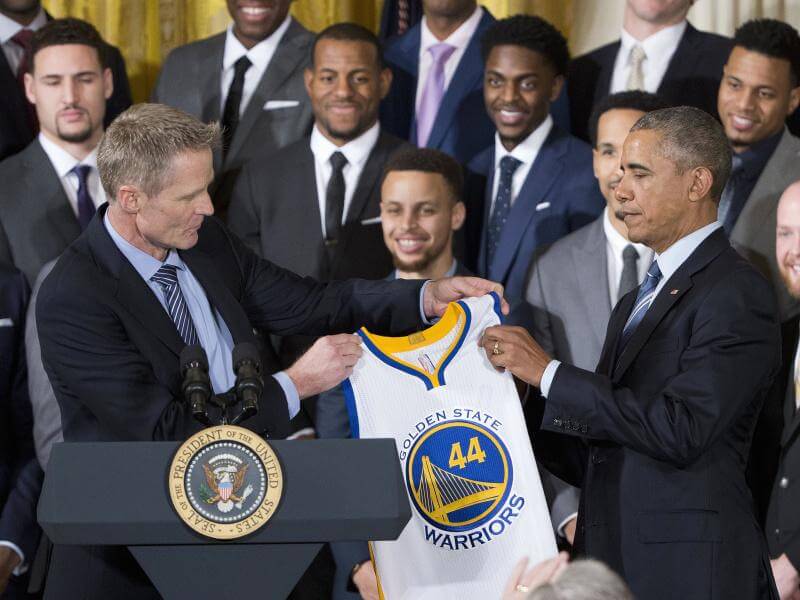 Basketball The Top 5 NBA Performances This Week: Because Russ…
0