The Three-Piece will be an ongoing series where three guests will hop on TSFJ and answer three questions chosen by yours truly. Today’s discussion will focus on Conference Championship weekend as we inch closer to Selection Sunday, along with the due date to fill out those brackets.

Tackling these three questions on Friday are the following: AverageBro of the world-renown self-titled blog of the people, Edwin Powell of Yardbarker’s Ballers Sports and Rick Dowell, co-host of the Filling The Lanes podcast.

1. Who is the most overrated team in America?

A.B.: Baylor. Sorry, but any team with a mental lightweight like Perry Jones III is just begging for a first round upset. Mark that one down now.

Since we’re on the topic, how about an underrated team? Georgetown is pretty highly rated, but also pretty slept on. They’ve got experienced stars (“King” Henry Sims and Jason Clark), athletic freshmen (Otto Porter and Greg Whittington) and they play very smart, disciplined basketball under the tutelage of John Thompson III. Yeah, it sounds silly to call a likely three seed “underrated,”, but this team is going to be trouble in the tournament.

Edwin: Ed wanted a gut reaction, so here it is. The team that immediately comes to mind is the team that everybody loves to hate … Duke. I don’t have any numbers or stats to back this up, but just by being who they are, Duke will always be touted as being better than they really are. Keep in mind I’m not saying this is a bad team, but if any team gets the benefit of the doubt, that team is Duke. Just for the record, I’m not a UNC fan; I’m a Georgetown Stan.

Rick: For my money, it has to be the Syracuse Orangemen.  NOT Orange…Orangemen.  Pearl Washington didn’t throw all those ‘oops’ to Rony Seikaly for us to disrespect their name like that.  Anyway, my reasons for picking the ‘Cuse as the most overrated team stems from their competition.  As of writing this piece, they have only played two teams in the RPI top 25. Boeheim’s aversion to scheduling anything resembling competition out of conference and the fact that the Big East just isn’t all that good this year doesn’t help matters either.  You want your team to be tested heading into the tourney, and Syracuse just isn’t. Oh….they also don’t rebound well, and they play that fercockta zone. (A Yiddish reference, everybody. Think “friggin.”)

2. What’s the best conference in college basketball this season?

Edwin: Again, as a Georgetown Stan, it’s hard for me not to ride with the Big East. Off the rip, you have Syracuse, Marquette, Georgetown, Notre Dame and Cincinnati who are all really good ball clubs. Five solid teams is good for any conference, but  if there was a 1A to my answer it, would be the Big Ten. It’s a shame what’s going to happen to the Big East next year (conference realignment), and I know Iverson, Kittles and Allen will be rolling over in their graves. R.I.P. to the Big East.

Rick: Much to my surprise, I have to tip my cap to the Big Ten…or the Big 12 v2.0…or B1G…whatever they’re being called these days.  After years of being the practice dummy for the ACC/Big Ten Challenge, they have announced their presence with authority. Truth be told, Tom Izzo is the best coach in the country.  His teams play smart, they play tough and they play together.  Morever, although I’d rather watch slugs mate, Bo Ryan is a close second as the conference’s head coach.  You just can’t front on the results; Ryan has a 73% winning percentage in 11 seasons in Madison.

The Big Ten has 7 teams in the top 50 in RPI. Two teams (Michigan State and Ohio State) have legitimate shots at making a run at the Final Four, and there’s been a return to prominence for teams I grew up watching (Indiana and Michigan).  Hell, the nerdy school (Northwestern) even has a shot at making The Dance.  Props to the B1G.

A.B.: With all respect to my beloved ACC, the Big East is far and away the best league in America. Even with Pitt, UConn, and Villanova having down seasons, those are still teams you don’t want any part of. Syracuse has the right mix of shooting, athleticism, and defense to win it all. The aforementioned Georgetown and Marquette are also capable of going far. It’s sad that this conference is essentially being dismantled in a few seasons, but that’ll eventually be the ACC’s gain. 3. How many brackets will you fill out this year, and what is the likelihood you’ll lose to Phyllis in accounting?

Rick: My pride and ego won’t allow me to fill out brackets.  I simply can’t stomach losing to someone who thinks that Murray State is in Nevada.  However, I do have some tips that prove effective for me:

A.B.:  One’s company, two’s a crowd, three’s just ridiculous. Guessing on 15 brackets kinda takes away the fun of predicting upsets and choosing this year’s George Mason or VCU. Seriously, what’s the point? If you’re doing more than two brackets, you might need to find a hobby. Or a girlfriend (preferably, the latter). BTW, I’m pretty good at the bracketology thing. Eff’ a Phyllis in accounting.

Edwin: Being that I won two out of the five I filled out last year  (can you feel the  arrogance), I think five will be the move again this year.  The chances of Phyllis from accounting beating me this year are probably high, but as a bracket champion of 2011, anyone that beats me and talks trash runs the risk of getting put in the sleeper hold. That goes for you too, Phyllis.

One Reply to “The Three-Piece: Conference Champs, Brackets and Selection Sunday”

by The Fam time to read: 3 min
A Sports Scribe Almost Forgotten: The 1994-95 UCLA Bruins 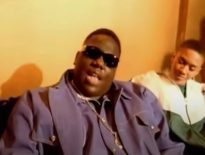