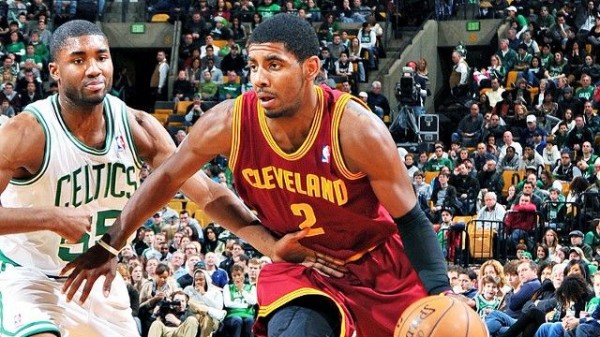 The Three-Piece will be an ongoing series where three guests will hop on TSFJ and answer three questions chosen by yours truly. Our first discussion will focus on point guards in the NBA. If you had to choose between the two savior point guards running wild in Minnesota and Cleveland, who would you take? What about Jeremy Lin; is he worthy of top ten status already? Chris Paul has helped the Clippers attain the third best record in the West. Is he MVP-worthy?

Emile: Had a really tough time with this, but I’d choose Kyrie Irving. Rubio is a much better NBAer that I’d expected, knows how to run an offense and possesses the “hoops genius” gene that I really love while doing so. Irving, however, has shown himself to be every bit as NBA-ready and a greater all-around offensive threat at a younger age. (He won’t turn 20 until March.) I’m not sure enough is being made of how beautifully he’s adapted to the pro game, averaging 18 points and five assists while shooting 49/41/84 on FG/three-pt/FT.

It’s fairly obvious that each has a bright future in the league, but Irving seems to have no glaring weaknesses in his game, while Rubio could face a Rondo-like struggle with his perimeter shot.


Ben: It's tough, because I like both for their own reasons. I love Rubio's ability to see angles and court vision, but I feel that Irving is better. Irving is not as good a passer (though dealing with worse talent in Cleveland) but is a much better scorer. Rubio also might be the better defender, but Irving's no sieve on defense either. Irving's already a fantastic player on offense and should improve even more as a passer, but Rubio's future looks bright as well.


MZ: Ricky Rubio. Rubio's assists make up the disparity between his and Irving's points per game, with most of their other stats being pretty much in line with each other. With the concern being on Rubio being able to score coming into the season, I think he's shown that he is capable, and if he's willing to put in the work, then his shooting percentage should improve going forward.

Not to downplay anything Irving has done in Cleveland, but the infrastructure around him isn't up to code. I don't think Cleveland will be able to put anything around him anytime soon, unless a freak accident occurs in the front office, because they suck in the draft and no one wants to play there. Perception is reality and, in sports, winning goes a long way to shaping how people are viewed. Rubio seem to have the edge now, and the Timberwolves definitely have a brighter future than the Cavs as well.

As of today, is Jeremy Lin a top ten point guard?

Ben: I'm not so sure. He's great in Knicks coach Mike D'Antoni's offense, but that doesn't make him a great point guard. Hell, he made Raymond Felton look outstanding. I've followed Lin for a few years now and am loving what we're seeing , but he's not yet a top-ten point guard. He's great at splitting defenses and dishing, as well as scoring at a respectable clip. However, he's incredibly turnover-prone and not very good on defense. Now, I know criticism of Lin inspires wild emotions, but in spite of all the faults I've listed above, I still think he's a very good fit for the Knicks and can't wait to see how he improves. I'd love to see Lin rein in his turnovers and become the court general the Knicks need.


MZ: No. The only way you could make that argument is to look at the last eight or nine games. Given that he went to Harvard and there's very little game film on him, teams have been completely in the dark about his skill set and it makes a difference. It's kind of like in baseball when a rookie pitcher sets the league ablaze for the first half of the season, because the batters have no idea what to expect. But when they face him for the second time, the batters have some tendencies to look for and are better equipped for what they're facing. Lin hasn't even made it around the block once (so to speak), so it's not even fair to place him in any top ten list, outside of Sportscenter. Now if he's able to do this the second and third time facing a team, then we'll really have something to consider.

Emile: Linsanity has been a blast and given the performances he’s given thus far (the way he torched the Lakers at MSG was incredible – and I am a lifelong Laker fan!), he is a) clearly not a fluke and b) capable of conjuring greatness on any given night. I think he is on the bubble, and depending on one’s perspective, may or may not be one of the NBA’s ten best point guards. He’s still got holes in his game, namely a propensity for turning the ball over and the lack of a consistent (I know, it’s only been two weeks; how can he be consistent yet) outside shot. 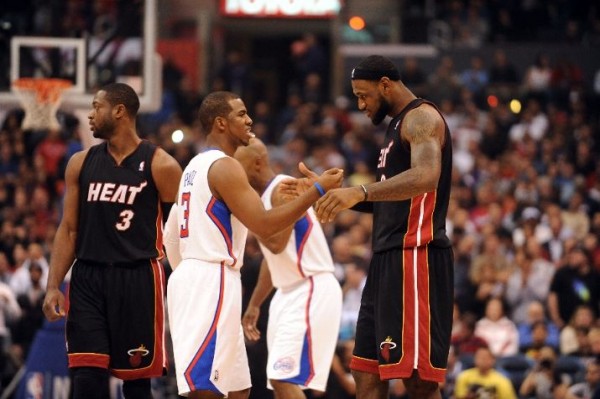 Is Chris Paul the MVP this season?

MZ: Yes.  If the Clippers stay on the same pace for the rest of the year, I don't know who else you could even give it to. Looking at Paul's stat line, it's on par for the rest of his career, but he's made a world of difference in L.A. His leadership and ability to put his teammates in the right position aren't measurable anywhere but in the win column, but it is visible. Out of the usual suspects, Paul's performance has meant the most to his team and with Billups going down, more kudos wil be thrown Paul's way for the team's success. Plus, these are the L.A. Clippers. Expectations and winning percentages haven't been this high since throwbacks and swingman jerseys ruled the world.

Emile: No. There’s certainly a case to be made. He stepped in and immediately made this his team, and the confidence and intelligence with which he runs the Clippers, especially in fourth quarters, has been fantastic. He’s an All-Star, an All-NBA performer and a legitimate franchise player, but to suggest that anyone not named LeBron James is this season’s MVP is sorta silly. LeBron is in full force-of nature mode – I mean 28-7-7 with a 62% TS% and just 3.3 turnover per game? That is obscene. We really are spoiled by this guy’s greatness.

Chris Paul is great and certainly deserves a spot in the top three in the voting, but the MVP is LeBron, and unless voters are still upset with him for being mean a couple of years ago, it shouldn’t be particularly close.


Ben: Nah, it's Bron-Bron. LeBron has been insanely good this season. I'm sure people will bring up RINGZZZ and HE'S NOT CLUTCH as opposing arguments, but I think those are silly. He's just been so incredible. He's yet to get a triple-double somehow, but he's killing it regardless - passing, scoring (more in the post this season!), and even on defense, too. LeBron's easily been the best in the league. There's simply no contest. Sorry, CP3.

8 Replies to “The Three-Piece: A Discussion on NBA Point Guards”