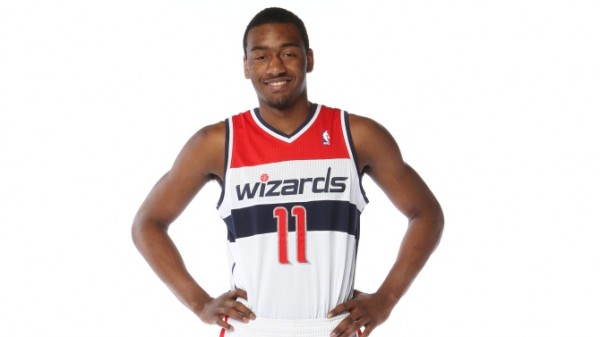 With the NBA season just around the corner, bloggers and professional talking heads are already running the expected plotlines into the ground. Where will Dwight Howard end up? Is CP3 heading to New York? Can Dallas repeat? Will Lebron’s hairline ever come back? Blah. Blah. Blah.

As a guy who’s a diehard fan of a perennial lottery team, all this rich get richer talk is like listening to Watch The Throne. Yeah, I’m entertained, but I can’t relate. So instead of dissecting the usual “rich teams problems,” let’s explore five lottery team storylines…’cause you gotta crawl before you ball.

1) Who’ll win the Monta Ellis vs Mark Jackson cage match?!? – No need to lie; I’m not the biggest Mark Jackson fan. The guy was probably one of the most talented passers this generation has seen, but his questionable conditioning and utter and complete lack of sh*t givingness when it came to defense always irked me. He was a player who was good but, with the proper dedication to his profession, could have been great. In fact, you could argue that he’s been a better color commentator than he was an NBA player. Which is why he seems like the absolute worst person to coach Monta Ellis, another player who probably couldn’t spell the word “dedication.” Ellis, nonetheless, is the Warriors’ best player (eff’ a Steph Curry!) and only hope for escaping the lottery. I just don’t see Jackson, a guy who talks better than he walks, connecting. He’s never coached before, yet he’s supposed to reign in one of the NBA’s most flighty personalities? Uhhhmmm, yeah. Okay. Smart money says the Warriors get off to a terrible start and Ellis gets shipped East by the All Star break.

2) Was John Wall’s summer real?!? – I watched all 82 excruciating Wizards games last year and, boy, were some of them tough to make it through. Still, DC’s only hope for escaping purgatory is John Wall’s seemingly inevitable ascent to the top-tier of NBA point men. His rookie year was up-and-down. Great games, followed by mediocre games, followed by ok games. Much of this had to do with Wall’s year-long knee injury which robbed him of much of the speed and agility that defines his game, and if Wizards fans know anything, it’s point guard with chronic knee problems. Luckily, Wall kept his firearms at home and finished out the season on a strong note. This summer, while playing in a series of admittedly defense-free exhibition games, dude looked like a completely different player. The nuclear athleticism we saw at UK is back, he has confidence (and an modified release) in his jumper and, best of all, his swagger is back. I hate the word “swag” like I hate the words “automatic overdraft protection,” but Wall was drippin’ swag this Summer. Whether that carries over into the season remains to be seen. 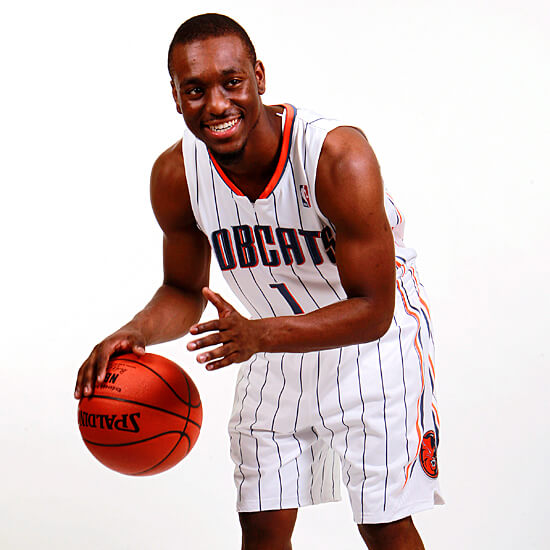 3) Can Kemba play in the NBA?!? – Depending on whom you ask, Kemba Walker is either going to be a perennial All Star or the next Juan Dixon. Just because you win at the college level doesn’t mean you’ve got the skill set to succeed in The Association. This adage holds especially true for shoot-first guards like Walker, who suddenly have to adjust to running a team. Personally, I think he’s going to be fine. Not a star, but certainly not a bust. He’s got a Jameer Nelson-type of future for him, and with the right players around him (which Charlotte, unfortunately, has none of right now), Walker could certainly be a 16-and-six player at some point in his career. The first step is beating out DJ Augustine, a player who is similar in so many ways, it makes you wonder what Michael Jordan was smoking on draft night.

4) But what about Jimmer?!? – Uhhhhh, no. And by “no,” I mean he simply won’t live up to the NBA’s Tim Tebow-level hype he’s inevitably going to get. He’s an awful fit for this Kings squad, splitting minutes with Tyreke Evans and Marcus Thornton. All three are shooting guards who need to ball to be effective. None of the trio could guard his own shadow, much less care to guard his own shadow, and with the always combustible DeMarcus Cousins up-front pouting about his own touches, this looks like a chemistry experiment just waiting to blow up. I think Fredette will eventually find a role as a designated bench gunner on the right team. Three-to-four years from now, think George Hill or Toney Douglas. But for his rookie year, think lots of missed shots and blown defensive assignments. It won’t be pretty.

5) Can Cleveland’s rookies win ten games?!? – If you really think about it, LeBron James’ departure from Cleveland couldn’t have possibly gone worse for the Cavs. They got no compensation in return, and since they’d spent years picking late in the first round or not at all, they had no pieces in place to jumpstart their rebuilding effort. This year, they ended up with the number one pick in arguably the worst draft in recent history and used it on a guy who only played a handful of NCAA games. As a Tarheel fan, I should be morally obligated to pray for Kyrie Irving’s failure, but no point guard can realistically thrive with this roster; a roster which, BTW, already has three well-paid point guards. Even if the Cavs use the amnesty to get rid of Baron Davis, Irving is going to have to fight for minutes with the criminally-underrated Ramon Sessions and Daniel “Boobie” Gibson. By using their other lottery pick on Texas freshman Tristan Thompson, the Cavs are essentially telling their fans to not expect anything for another three or four seasons. I can’t help but think that this team would be in much better shape had they picked the aforementioned Derrick Williams. Speaking of which…

6) Is this the year Minnesota finally makes a jump?!? – I did some work in Minneapolis a couple of winters ago and went to a handful of T-Wolves games. Never once did I pay, nor show up at the game with a ticket in hand; nope. All I had to do was congregate near the ticket window sometime before tipoff and, inevitably, someone, either a team employee or another fan, would walk up and just hand me a ticket. Seriously, this happened so frequently, I started to get self-conscious. Did they think I was some homeless kid or something? Anyways, the Wolves hope to finally turn the corner this season, with an actual, real and legitimate head coach in Rick Adelman taking the reins, as well as hyped rookie Ricky Rubio finally arriving stateside. Rubio’s stock has taken a dive since the Wolves drafted him two years ago and most scouts now think he’ll be a serviceable pass first, non-shooting point guard, at best, and that’s a shame, because this poorly-balanced roster does have a lot of talent. Michael Beasley. Kevin Love. Anthony Randolph. Martell Webster. Derrick Williams. Wesley Johnson. That’s a heckuva lot of talent to shove into two frontcourt forward slots. This being Minnesota though, of course all of these guys will be playing out-of-position, which means another season of wasted Kevin Love talent. If there were actual Basketball Gods, Love’s rebounding talent would be rewarded with a one way ticket outta the Twin Cities. Sadly, the Wolves are managed by David Kahn. Insert your own punchline here.


7) Will Utah and Detroit finally commit to full-blown rebuilding?!? – Few things are worse for a fan than watching a team try and retain a veteran nucleus when it’s clear the window of opportunity has long since closed shut. Detroit and Utah are two teams that simply can’t commit to a rebuilding effort and have grizzled vets playing their hearts out for nothing. The Pistons need to get rid of Rip Hamilton and send Ben Wallace to Shady Knolls. Greg Monroe probably isn’t a franchise player, but I could see his developing into a Lamarcus Aldridge-type down the line, as his offensive game improves. Brandon Knight and Austin Daye look like serviceable rotation players. Everyone else must go. Now. Ditto for the Jazz, who have a second unit of talented youngsters (Alec Burks, Enes Kanter, Gordon Hayward and Derrick Favors) who need floor time. Do a fire-sale on players like Mehmet Okur, Devin Harris, and Al Jefferson. Do not, under any circumstances, resign Andrei Kirilenko! Do not! Rebuilding; learn to love it.

Question: What non-playoff teams will you be paying special attention to this season?!? Any players you’re going to follow via League Pass?!?

Basketball Know the Ledge: What NBA Players SHOULD Have Learn…

Basketball In Appreciation of Doris Burke
10