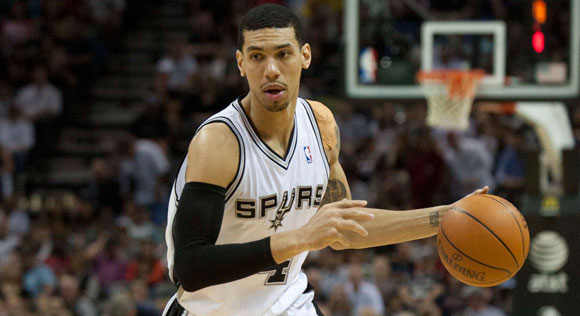 If you were to have asked me what UNC players would be making the biggest impact in the NBA from that 2009 UNC basketball team, my answer in 2009 would have easily been Tyler Hansbrough and Ty Lawson. In fact, I would have bet any amount of money on it.

Upon entering the NBA in 2009, it appeared that I was correct. Lawson played a vital role in his rookie season and is now a star for the Nuggets. Hansbrough became a big part of what the Pacers was doing as a rookie and has become one of the top sixth men in the league.

If you were to look at the remaining draftees, Wayne Ellington and Danny Green, you would have thought that they were on borrowed time in the NBA. In fact, during their inaugural seasons, they were barely noticeable in the league.
From day one, Green started making a name for himself as a goon on the Cleveland Cavaliers roster. Green was notably the hype man for Lebron James and company as he often danced for the team the way that he did at UNC before games.
What a difference a few years make. Now you can argue that Green has become one of the most vital players in the league as his role with the San Antonio Spurs has been clearly defined and he is excelling in a way that no one could have predicted.

We all know Danny Green isn’t going to light up the scoreboard. He isn’t that type of guy. He barely averaged double figures his last season at UNC. So ask yourself what makes him so compelling to the Spurs?

One thing I have learned in evaluating teams is that you can’t develop superstars. They already have everything that they will ever have upon arrival. They either fit or they don't. Middle-of-the-pack players can either turn into players that contribute or, on some nights, they can carry the team. It looks like the Spurs found that guy in Danny Green.

5 Replies to “Who Saw This Coming From Danny Green Besides The Spurs?”