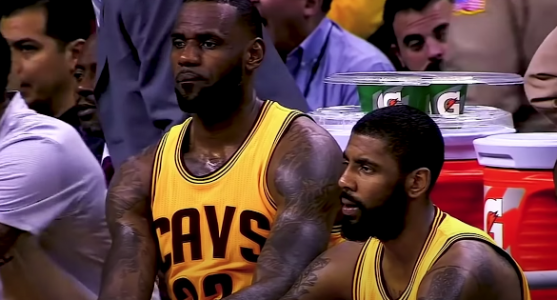 Whether you’re trying to solve a tough problem, handle a critical situation, write an essay or have deliberate but inspired sex with a partner, creative thinking is crucial. The process boils down to changing your perspective and seeing things differently than you currently do.

Earlier last week, I witnessed Duke freshman Austin Rivers perform an act against the North Carolina Tar Heels that I haven’t seen from many freshmen over the past few years. In fact, when I watched the replay of the Rivers’ shot, one thing stood out to me. He didn’t even seem that fazed that he had just knocked down the biggest shot in the biggest game of his career to date. In fact, he looked like it was something that he has done his entire life.

Rivers entered that zone that few players enter in big game situations. He was making all the right passes and all the right plays when he needed to. He had a look on his face that you can’t really compare to anything, but you just see the confidence exuding, because he has been in that situation more times than he can probably count.

This brings me to LeBron James. James is, without a doubt, the best basketball player on the planet. That, in essence, is part of the problem. Since James began playing basketball, he has been different than any other player or star that has played the game before him. See, James is a big that can play like a small, so he has never had to have anyone get him the ball to get his, and he has always commanded control of the game.

In fact, you could argue that James has been at least twenty points better than any of the competition he has faced his entire life. Whether it be pick up ball or school ball, James never really played in a lot of close games. You can bet he hasn’t played many pickup games to ten (where the score was nine to nine) growing up and someone had to take the big shot.

James’s dominance is his own worst enemy. Look at the superstars around the league and even those who came before him. Michael Jordan got cut from his high school team, Magic Johnson had to overcome not being a great shooter, Larry Bird had to overcome his lack of ball-handling, and big guys like Shaquille O'Neal and Kareem Abdul-Jabbar had to have other guys get them the ball to be big-time players. In fact, all great players face adversity at some point in their careers, but James didn't have to face it until recently.

When you browse the league looking at players who are clutch, you can say that gene probably evolved at a young age. Kobe Bryant was always younger than everyone else he played against, and he spent time in other countries, so he had to learn to be clutch at a young age. Dwayne Wade grew up in the streets of Chicago; I really don’t need to say much more about that. Guys like Kevin Durant have had to overcome their lack of size and strength to be clutch and, because they all played for teams that weren’t as dominant as James’s teams were as youth and in college, they were faced with having to take big shot after big shot.

The fact is this: James hasn’t had to enter the “clutch zone,” so he doesn't know how to handle it consistently. What James needs to do is just do what he’s always done and remain dominant. There is no need for him to step outside of himself and try to be something that he is not. He doesn’t need an alter ego or a nickname. All he needs to do is play hard.

People like to say that James can’t “step outside of the box and enter that clutch zone,” which is the wrong way to look at it. Just like Neo needed to understand that “there is no spoon” in the film The Matrix, James needs to realize “there is no box” to step outside of. Everything he needs is indeed inside of him; he just has to learn how to get in touch with it.

10 Replies to “The Reason LeBron James Lacks The 'Clutch' Gene”