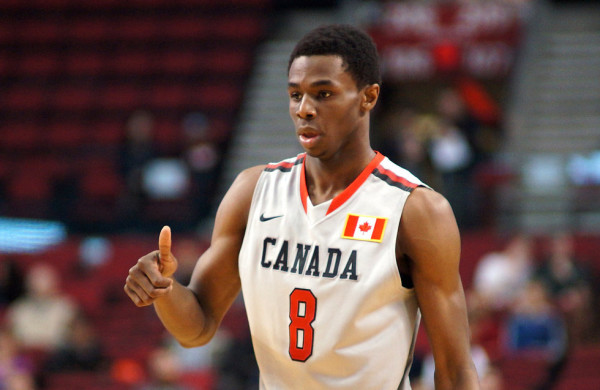 Everyone is up in arms about Andrew Wiggins holding back on his decision on where he will play college basketball next season. The kid is really taking his time, and plenty of people are getting very frustrated about where the high school phenom will land. He has it narrowed down to about four schools, and they are all keeping an offer open because this kid could be the difference between a second- or third-place team and a national champion next season. Personally, I am hoping he goes to the University of North Carolina because I want to be able to see him play and have access to his talent. I also covet the idea of a Wiggins, Jabari Parker match-up for at least a year on Tobacco Road.

However, a part of me thinks that maybe he shouldn't have to go to college at all.

Make no mistake about it, if he comes out this year and is draft-eligible, he would be the number one pick in the NBA draft. His skill set is polished for a kid his age, and he is as ready for the NBA as anyone in this year's NBA draft. The same could have been said about Nerlens Noel before last year's draft, and what did one year of college basketball get him?

I can understand why the NBA would want some of these kids to go to college. It makes perfect sense as every kid isn't going to thrive right out of high school. The hope is that a kid will go to college and enjoy it. Maybe in some cases these kids will enjoy it enough to stay until they graduate. The fact is that those same kids that go for a year are less likely to be on a track to graduate because they already know they are headed to the NBA after one year so they completely quit going to class the second semester anyways.

The NBA is already loaded with stars who didn't go to college anyway. Superstars like Kobe Bryant, LeBron James, Kevin Garnett and Dwight Howard all have thrived without the benefits of a wasted year in college. There are other success stories from guys most people wouldn't even recognize as players who didn't go to college for a year. Look at guys like Tyson Chandler, J.R. Smith, Josh Smith and Andrew Bynum. Each of these guys has been as successful as other players in his class who went to college and played for one or more seasons. 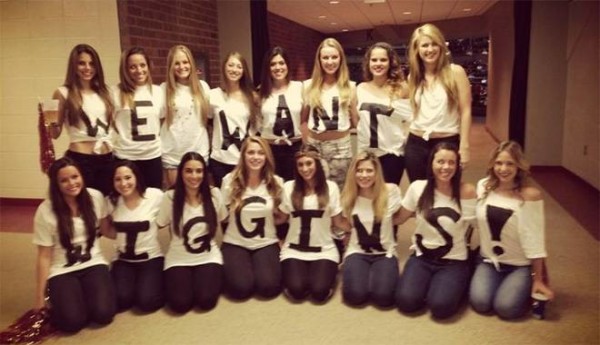 While on the surface it seems to make sense to push these star athletes to go to college for at least a year, in reality the rule seems to make little difference. It's not like the graduation rates in men's college basketball are benefiting from these one-and-done players. The young men who have professional sports aspirations and the skills to meet those aspirations are gone before their classmates can march down the aisle to pick up their diplomas. They are going soon to maximize their earning power. So what’s the point of the rule?

Coaches are pressured by APR statistics and many times suffer because of the one-and-done as well. However, most are willing to risk it because that kid may be the difference in a championship that will give the coach stability and tenure at his university.

The NBA has a few loopholes in the rule that have me questioning why the rule is what it is anyways. Players who come from other countries aren't held to the same standard. This had me thinking that maybe Wiggins was going to test that rule since he is technically a citizen of Canada and not the United States. It's highly unlikely, but it would be an interesting paradigm if he were to pull it off.

I think it's pretty clear though why the kid can't choose where he wants to play next year. It's pretty simple since the choice he wants to make isn't really an option. It's a shame too because he's not going to be able to maximize his earning power this year, all because of a rule that no one really favors but college coaches and the NBA commissioner.

Why would a kid turn away millions of dollars for a chance to play ball every day? Even if the kid turns out to be a bust, he will have made more money in three years than most people will earn in their entire lives.