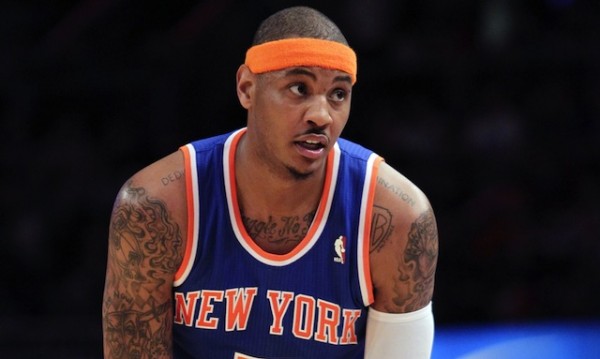 Change was gon’ come; short season or not.

Mike D’Antoni essentially had a season; maybe less, to take the New York Knicks to the next level. Though Donnie Walsh, the architect of the NBA’s biggest reclamation project in years, was shuttered out, three years of D’Antoni’s free movement offensive system were to finally come to fruition.

And then, they didn’t.

It’s easy to lament D’Antoni’s resignation or light a pitchfork to chase Carmelo Anthony with. One can go on the bend about Amar’e Stoudemire being a 6-foot-9 shooting guard playing power forward or wonder when Jeremy Lin is going to work on his handle. It’s tempting to work that trade machine, because it’s as easy as ‘point, drag and save’ to create a title-winning team.

However, Knicks fans have been here before. Too many times before.

When you change parts every half-year, as most of the New York-based teams seem to do, it’s extremely difficult to field a perennial contending team, let alone a championship one. Even the franchise that seemed to have invented that style of management – the New York Yankees – figured out that relative stability breeds success.

Why haven’t the Knicks?

It all starts, swings back around, and ends with James Dolan.

Let’s not get this twisted; Dolan wants to win. Badly. In a city that wears its basketball heritage like a faded, but dear pair of jeans, Dolan is the owner of the one team that brings the Five Boroughs together. If some of these changes in previous seasons worked as planned, he probably wouldn’t be as demonized as he is around here. The problem is that when he became the point man for both the Knicks and Rangers in 1999, he didn’t exactly adapt his management style to the sports world.

Sports franchises are the most famous small businesses on Earth. Yet, unlike the Cablevision empire James and father Charles lord over, there isn’t a large pool of employable talent that can replace ineffective staff members. Few can perform well enough to be called professionals in their field, and even fewer can stay around to make a career of the craft. So, in this highly specialized world of sports, any and all shifts in personnel over a certain period of time will affect performance – for better or worse. The more turnover there is in an organization, the more losses are to come.

D’Antoni didn’t have the opportunity to coach one group of players for a full season. While there were changes to the roster during his Phoenix years, at least he was given a core of players to rely on to run “Seven Seconds or Less.” The revolving door of players is something he could talk to Don Nelson, Jeff Van Gundy, Don Chaney, Lenny Wilkens, Isiah Thomas (yeah, I know), and Larry Brown about.

Of course, some changes were necessary as moving bad contracts were paramount to the team’s resurgence. More importantly, prior to the D’Antoni & Walsh era, the Knicks hadn’t been a young team since the franchise began. Now, Mike Woodson is charged to salvage this season; six more weeks of questions, rumors, and a lack of certainty going forward.

Naturally, there should be pressure on athletes, coaches, and executives, because they’re in professional sports; market size, franchise history, and media attention be damned. Yet, what doesn’t help is having an owner who seems to ignore that so few can succeed if they don’t have the opportunity to build.

6 Replies to “The New York Knicks: Where Instability Happens”