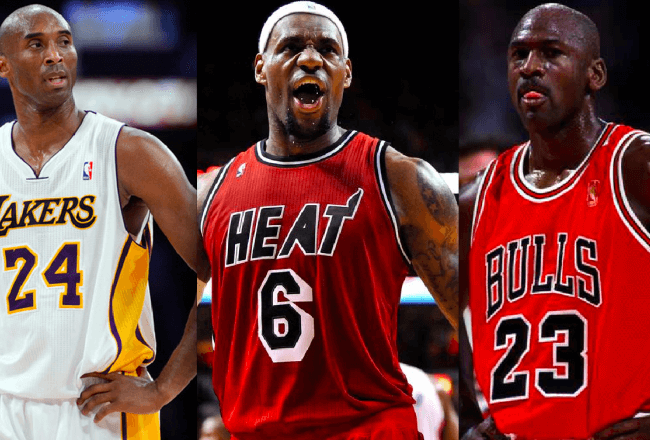 Watching the NBA Finals annually now is as much an exercise in seeing the highest caliber basketball possible as it is watching a sociology experiment gone haywire. Since the Miami Heat have taken to their annual appearance in the Finals, the talk has been about the idea of LeBron James and friends not winning far more than it has them actually doing it. In all actuality, there's been more of a sense of disappointment than there has any celebration from the masses. It was an odd ending to a saga last year, sort of like if you got to the end of a movie and the villain completely defeated hero that the movie was named after. Like killed, buried and stood on top of the grave.

This idea is intriguing and really doesn’t have one answer as to why it's prevailed. But one thing that is for sure is this is the era of the anti-hero. The greatest players aren’t roundly celebrated for being so, rather they are rooted against in a major way. It’s the case with LeBron James, as well as Tom Brady and countless others. In baseball, there’s not as much of a sentiment for the individual to be beaten, but it’s probably because the Yankees fill that role as a group. What are the motivations for this, and what is the real point? Whatever the case, the NBA is on an entirely different level in regards to its fan-based witch hunt.

For one thing, there’s a true generational split that’s at work, and in the NBA’s fanhood, it is at its most divisive. Much like when Michael Jordan rose to power in the early '90s, there’s the pull of the older generation to hold on to its own. And I hate to tell you, but if you were around to see Jordan play in his prime, you are an official part of the older generation. In the same way that Jordan’s rise took the thunder from Magic Johnson, Larry Bird and Julius Erving, and changed the definition of who is not only the best then, but arguably the best all time, it’s happening once again now.

Kobe Bryant’s second championship run and his push towards matching Jordan’s six rings (which has become the unquestioned standard for G.O.A.T. status in the court of public opinion) erupted a strong push by the younger generation for Kobe, the guy they grew up with, to be the all-time man. Now as his career is in its twilight, and LeBron’s is rising, that same Jordan vs. the '80s overlap is happening again. The outrage for Kobe supporters vs. LeBron supporters is the same thing as when either is compared to Jordan, who is the last athlete that successfully overcame the previous generation’s claims to superiority, completely.

The very root of the issue comes into play in a simple, self-rooting need: People want for “their” guy to be the best. The people of my era hold Jordan to be the standard, and in most regards, that is factually correct, more than just an opinion. That’s an advantage that infuriates the younger generations, but not more than the ongoing battle between the relevancy of LeBron vs. Kobe, or the “who’s the best PG” battle or the need to pit Kevin Durant vs. Russell Westbrook to no end … although their interests are mutual.

Even the teams' fan bases are pulled away from the players on them in an attempt to lessen the accomplishments of the players. Lakers, Knicks, Heat and even Clippers fans are regularly criticized for not being “true” to their teams, and thus an attempt to dampen the image of the team/player successes, as well as a way to drive a stake through the heart.

So what it has evolved to at this point is a battle of not just bragging rights for a team, but to a battle of preserving the image of their favorites. The older generations will always think the younger generation has lost its mind (as I am mostly convinced of myself, especially when things like whether the Dream Team could keep up with today’s players and comparing Dirk Nowitzki to Larry Bird still routinely take place). It’s the great battle for making a favorite player also be the greatest that fuels the biggest storyline in the NBA today: praying on the downfall of the anti-hero, which is truly just the customary hero of the past.