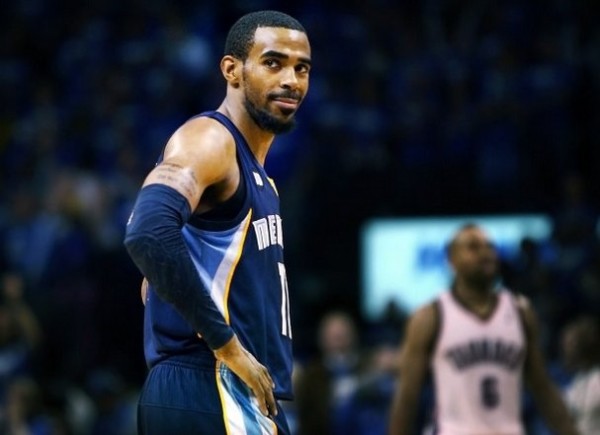 If you've ever encountered the species of former NBA fan-turned-anti-NBA viewer, you've grown familiar with their excuses.

Once Michael Jordan left the NBA, many people shut the league out. Maybe Allen Iverson's tattoos pushed them away. It may have been the game's tick-tack foul calls that sent them packing. If those things didn't shut off the television, LeBron James' televised decision probably did.

One way or another, former NBA fans are former NBA fans for a reason. They have no interest in viewing the highest level of basketball. It's a free country; each and every individual being possesses the right to flip the channel.

It's unfortunate for those who left. But, is it really all that hard to understand where they're coming from?

"There's no parity," they say. It's a valid point most of the time.

"The league is too soft now," others chime in. There's no arguing the game became less physical since Jordan left. The term "prima donnas" isn't far behind.

"Teams with superstars are the only teams with a chance," a griping middle-aged man spits out as he grasps for more excuses.

Former NBA fan, we hear you. Allow us to extend an olive branch in response to your dissatisfaction. Behind the logo of Jerry West, you saw something unfamiliar and you refused to adapt. We can't blame you; we don't like people on our lawns either.

But before you leave forever, please turn on the tube one last time. If you refuse, you'll miss the one team capable of refuting your claims. Yes, there's a team out there for you. This team offers a "get out of anti-NBA jail free" card. A collection of professional basketball players may redeem you yet.

The Grizzlies - despite a Game 1 loss to the Oklahoma City Thunder - have a chance to make it to the NBA Finals. Without Russell Westbrook, the Thunder have struggled. Sure, Kevin Durant can take his team to some pretty significant heights. But, he's a superstar, and if you dislike the superstar attitude, that's even more reason to root for Memphis.

The days of the powerful top seeds running amok could end if the Grizz get their paws on them. Zach Randolph isn't afraid of anyone. His talent dictates that he's a top-flight player. But, is he a prima donna or a highly touted superstar? Fat chance.

Randolph leads a cast of characters who are capable of winning and winning big. The Western Conference might as well be wide open with Westbrook on the sidelines. Think about it, would you bet all your money on one of the teams remaining?

So, why can't a franchise from Memphis make it all the way? It's possible. If you've been away from watching the NBA too long to realize that the Grizzlies winning the West would fall under the category of parity, here's your alert.

What's more is that this Lionel Hollins-coached team does enough to evoke memories of the old days. It's not too far-fetched to imagine a Charles Oakley fitting in with this club. They don't back down, and they back up their words with physical play. 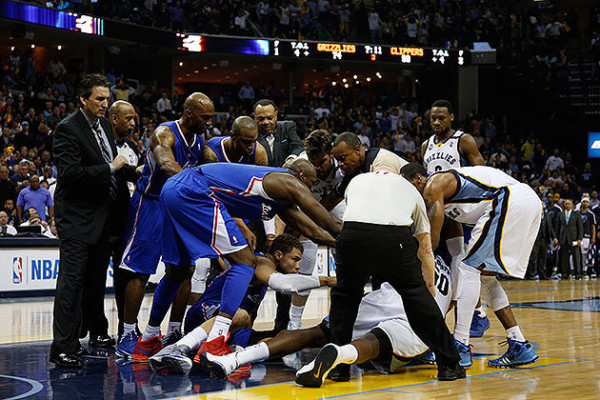 Sure, the days of Oakley and clothesline fouls seem to be long gone. But, seeing Randolph wrestle Blake Griffin in a series-clinching game is enough to bring the former NBA fan out of hiding. We can see those goosebumps on your arms.

The Memphis Grizzlies have an identity that is unwavering and firm. They don't like the opponents, and they'll make that clear. They foul hard at times and they have enough true grit to channel Rooster Cogburn.

When the going gets tough, the tough get going. That's what Memphis does. It's a blue-collar team with big men down low who don't make their money from 20 feet out.

The Grizzlies like ugly basketball. The kind of ball that fights the power of a superstar league and reminds you - yes, you former NBA fan - that some of the game's old secrets are still out there trying to force their way back on the front page.

It's not a problem if you choose to stay away from the NBA. There's always baseball and hockey and golf and Pinterest. But, before you slam the door shut on the Association, remember that there's one team left to give you your wish.

The bandwagon isn't tricked out, shiny or new. But if you want a seat, there's plenty of room. If not, that's fine by the Memphis Grizzlies. They don't give a damn if you're on board or not.

Just like the teams who played in your NBA.