After finishing a gutting read from Pacific Standard yesterday, the boss tweeted this:

That dunk Keon Clark did on Shawn Bradley still remains legendary as far as I’m concerned.

And in that moment, a quick challenge was issued (originally without knowing why the boss mentioned Clark) …

Here’s the thing — to say that a NBA player had no discernible game isn’t intended as complete disrespect. After all, if any of us attempted to play a game against him, there’s a strong chance that he would put up LeBron vs. Charlotte numbers in 10 minutes instead of 41.

Yet, in relation to fellow NBA players, these guys that were supposed to dunk themselves into stardom ended up becoming little more than YouTube highlights. There’s a myriad of reasons, for sure.

Dee Brown – the point guard here – wasn’t a bad player by any means in his early seasons. The third-shortest player to have won the Slam Dunk Contest dazzled with the no-look effort but may have been more known for Dream Job.

Harold Miner was the beginning of the Baby Jordan obsession. We all know how that went.

Darvin Ham – our default small forward – just may have the coaching acumen that could make up for what wasn’t fully realized as a player. He was deemed expendable despite moments like this:

Stromile Swift was Tyrus Thomas before there was a Tyrus Thomas. Swift even told Thomas as such. Sorta.

And finally, Keon Clark. Unfortunately, he went from famous for an aerially gifted Toronto Raptors team in the early 2000s to a convicted felon just three months ago. And within the game, there were demons within that he admitted to publicly in 2007.

Yet, Ed was right — this dunk is legendary:

Each had fatal flaws to his game. Brown could shoot and had incredible hops for a player of his stature, but was a bit of a defensive liability in an era of tough and gritty guards. While he had the ability to attack the rim, Miner never really developed diversity in his offensive game. Ham fouled at about the same clip he rebounded and scored, which means he didn’t do much of the latter to stay on the court. Swift’s mental lapses and lack of consistent perimeter game stunted him as he languished as a reserve despite solid years with Memphis. Clark’s personal despair belied his athleticism.

In the Association, we see these types season after season. You have to wonder if these kind of players were meant to be more than brief flickers in the skies they rose to or if they were forever doomed to just be part of these random highlight reels for those reliving their youth.

Time for the links:

Ric Flair Describes Wrestling in North Korea in Front of 190,000 People — For the Win

Rethinking the D-League — Sports on Earth

A Progressive Argument For Putting an End to Tipping — Policy Mic

The End Of The NYC Strip Club — NY Times

5 Replies to “Starting Lineups: Here’s Our All-Time Greatest Dunkers Who Could Do Nothing Else Squad”

Starting Lineups: Here’s Our All-Time Greatest Dunkers Who Could Do Nothing Else Squad 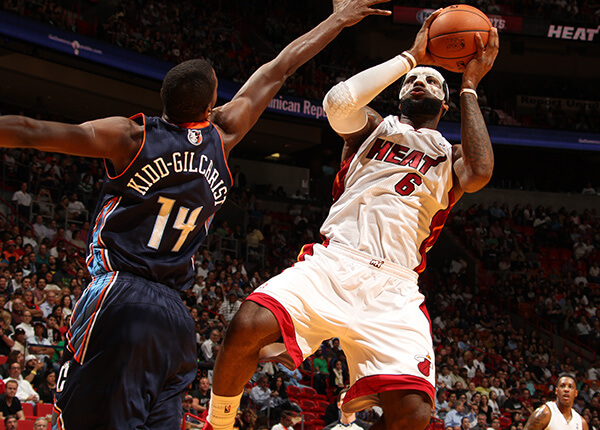