Above was the NBA’s reminder of the least expected stretch of regular season excellence in its history.

In what seems like a league FAR different from the one we see today, the Houston Rockets pulled off an incredible 22-game winning streak from January 29th – March 16th, 2008.

Over the course of this impressive undefeated streak by the defending champion Miami Heat, what those Rockets achieved five seasons ago has been repackaged as an anomaly, a superb fluke, a happy accident en route to another first-round exit for Tracy McGrady. There’s even the always-reliable Google search of “Rockets longest winning streak”, and it’s still all about the current Miami run.

That’s the funny thing about thinking in retrospect; there’s a tendency to dismiss the slow build of excitement that became record local ratings in Houston and a surprise story that wrote itself for mainstream media.

The offensive-minded Rick Adelman replaced defensive-focused Jeff Van Gundy in the offseason in the hopes that the team would have the points needed to run through the resurgent New Orleans Hornets, and their in-state/division rivals from San Antonio and Dallas. To move beyond the first round of the playoffs in a brutal Western Conference, the plan was to build a better offense around McGrady and Yao Ming while retaining the defensive blueprint from Van Gundy.

And then the season began.

Despite the 6-1 start to the year, the offense stalled at critical junctures during a six-game skid in mid-November and an uneven stretch in December. Even after winning five in a row to start January and adding a four-game win streak a week later, the Rockets were a mere 24-20 in the highly-competitive Southwest Division.

And this was the team to make history? What happened over a near two-month span still mystifies anyone that tries to understand greatness in sports. The roster, then and now, doesn’t tell you much except that this was a team led by two injury prone superstars, and a coach believed to still be smarting from his playoff shortcomings. It featured a streetball legend, an unknown Argentinean ‘rookie’, a Michael Lewis-styled demigod, two undersized big men, GEICO’s best athlete since Ed ‘Too Tall’ Jones, and Bonzi Wells.

[There was even the return of Steve Francis! Sort of.]

The Rockets’ run, then and now, serves as a reminder of how electric T-Mac was when healthy as he went on a tear that gave him late season MVP consideration. Shane Battier was his superbly annoying-to-Duke-haters self. Steve Novak hit big shots before coming to New York. As Luis Scola proved why the Spurs were reluctant to let him loose, Chuck Hayes & Carl Landry played bigger than themselves. Rafer Alston proved that he could go from And-1 to the NBA.

And filling in for the injured Yao after the 12th straight win, 41-year old Dikembe Mutumbo was embarrassing players that were in elementary school when he was drafted in 1991.

To the uninformed, what McGrady said a week ago – that his team’s undefeated run was much harder than what the LeBron James-led Miami Heat are doing – may sound like sour grapes, ‘hating’ or whatever the kids call it these days. Yet to those who love a good argument, comparing and contrasting the two streaks is a more nuanced than just looking at the personnel of both teams. As discussed earlier this week on The Exchange, there’s something to be said, however, about expectations. A championship team, as Miami is, is supposed to be dominant, serving notice of who holds the crown every trip down the floor. Motley crew teams in the middle of the pack, as Houston was, have much more to prove not only to the fans and media, but their opponents.

What those Rockets did five years ago was only remembered recently because the dominance expected from the Heat was supposed to make surpassing them a mere formality.  These reflections actually hide a part of an unexpected legacy those twenty-two straight wins left. The 2007-08 Houston Rockets reminded us that on occasion, a team which doesn’t normally park itself in the first segment of SportsCenter or under the menu bar for Yahoo! Sports can break through the sameness of sports media to get our attention. 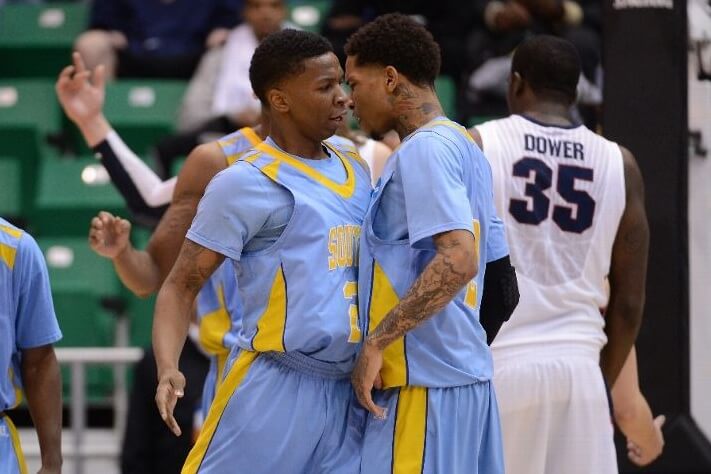 Basketball That Awkward Moment When The Crowd Turns On The Fa…
Basketball Survive and Advance: The Jim Valvano Story
3