The 1990s gave college basketball fans some of the most talented and, at times, ‘controversial’ teams in history. Tark & the Running Rebels. Dook. 48 Minutes of Hell. The Fab Five. The Untouchables. Four Corners full of future NBA stars.

Yet, there’s one team that tends to be forgotten from that era: The 1994-95 UCLA Bruins.

They were another team of the era who pro scouts drooled over, with a slick-haired (read that as shady) head coach who pushed the right buttons. The team boasted three starting seniors – each who had gone through the NCAA Tournament fire every season on campus – and all five starters would be drafted into the NBA after their days in Westwood ended.

Ed O’Bannon was the next great swingman who was going to ascend to the Association on the heels of a sterling regular season. His younger brother, Charles, had the unspoken language with his older sibling on the court. Tyus Edney was the unusually small, but heady point guard that  let the engine roll. At center, Czech import George Zidek had a steadily improved game alongside fellow seniors Ed O’Bannon and Edney. Toby Bailey started as a freshman and seemed to be groomed to take the baton from the departing seniors with a strong March showing.

It had been close to two decades since the Bruins’ last national championship, and considering recent history in the NCAA Tournament, this team couldn’t just run though the Pac-10 (for the most part) to only get bounced in the first round of the tournament… again.

Harrick’s team had to shake off the ’94 upset to 12-seed Tulsa. The second round loss to Michigan in ’93. The Elite Eight beatdown in ’91 by Indiana. This was a team with far more to prove than anyone else in the field.

They didn’t win the national championship with the wire-to-wire dominance; in fact, they almost bowed out in spectacular fashion to Missouri. It was from a mix of superior skill, some demon exorcising, and a couple dashes of luck.

All of that, including Edney’s lucky heave, isn’t what a pro snob like me remembers most about this group. That title team stuck out to me, because it was the first team I can recall where not one player had a distinguished, or remotely memorable, NBA career.

Ed O’Bannon’s greatest post-UCLA contribution was not his five points per game in two seasons with New Jersey and Dallas, but being the face of arguably the most important ongoing lawsuit in American sports today.

Charles, managed to only halve his older brother’s production in the NBA; a ’97 second round pick by Detroit who only appeared in 48 games in two seasons (2.5 PPG).

George Zidek had cups of coffee with the Charlotte (Hornets), Denver, and Seattle before carving out a solid European career.

Toby Bailey’s claim to NBA fame was having his draft rights from the Nets traded with Sam Bowie to the Lakers for Benoit Benjamin. BENOIT BENJAMIN!

Edney is the only player from the title team that could have been considered serviceable in the NBA, despite his 5’10” stature. Drafted by the Sacramento Kings in 1995, he came on the scene with a solid rookie season – a shade under eleven points per game and 6.1 assists in eighty games (60 starts). That year, the Kings made the playoffs for the first time since arriving in Sacramento. However, a season later, Edney was replaced in the starting lineup that season by Mahmoud Abdul-Rauf (the former Chris Jackson). Stints with Boston and Indiana were short, but Edney became a star in Europe.

When recalling the ’94-’95 Bruins, I was reminded about what makes the catch-all craziness of March Madness so profound. In the first days of the month, tournaments with varied levels of talent serve as frenzied prelims to THE tournament. Suddenly, pro factories such as Kentucky, UNC, Duke, and others are mixed together with overachievers and dreamers. Throw in a few teams with discernible future pros dotted on their rosters, and there’s a chance that those deeper, more talented teams could be caught slipping at any given moment.

Those Bruins may have not been as good (or even decent) after college as some of us thought they could be. In retrospect, in four uneasy years as one of the top teams in college basketball, we should have known better. Yet, it’s quite possible that among the lucky ones, the next ones, and the great ones during tournament time, the ’94-’95 Bruins were the biggest overachievers of all.

Tyler Lockett putting himself into the conversatio

The Dodgers are one win away from a World Series t

ALL THE EMOTIONS. #worldseries

Basketball Memo To Harrison Barnes: It’s Time To Put Up… 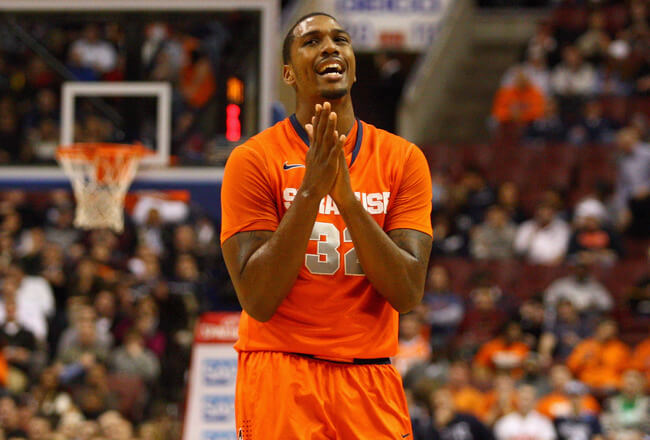