Walter Ray Allen Jr. officially announced his retirement via the Players’ Tribune. In 18 seasons, Allen attained one of the most successful careers in NBA history. Known for his propensity to be a knock-down shooter, he was much more than that. During his time with the Milwaukee Bucks, Seattle SuperSonics, Boston Celtics and Miami Heat, he was a two-time NBA champion, 10-time NBA All-Star and an Olympic Gold Medalist — an perhaps the greatest shooter the game has ever seen.

Despite not playing in the past two years, Allen will be missed from the NBA. Let’s take a look back at some of his best moments during his illustrious basketball career.

The corner three-pointer by Ray Allen will go down as arguably the best play in Miami sports history. At the time, I was sitting on my couch trying to think of ways to defend LeBron James for losing another NBA Finals. Thanks to Allen, that didn’t happen.

Allen’s shot was extraordinary in itself, but his on-court awareness was just as impressive and illustrated his meticulous approach to the game of basketball. A tireless work ethic and familiarity of where the three-point line is located without looking demonstrated that the three-point land was his domain. Let’s not forget, this play never happens without the underappreciated Chris Bosh. And as Allen uttered, get those mother******* ropes out of here.

During the 2010-2011 season, Ray Allen passed Reggie Miller as the Association’s most prolific three-point shooter. As of now, his record stands at 2,973.

Big East basketball was such a staple in the 1980s and 1990s. During the mid-’90s, the matchups between Allen Iverson’s Georgetown Hoyas and Ray Allen’s UConn Huskies will go down in history. In 1996, the two teams battled in the Big East Tournament at Madison Square Garden. Shockingly, UConn’s Ricky Moore held Iverson to 13 points while Allen led the Huskies to victory by scoring 17 points. The battles between Iverson and Allen would continue into the NBA after getting a start on the collegiate level.

This may be fictional, but this is one of the best moments in basketball history. In the movie He Got Game, Jesus Shuttlesworth (Allen) played his father Jake Shuttlesworth (Denzel Washington) in a heated battle of one-on-one. The game had a lot on the line: It was Jake’s goal to get his son to attend Big State to help reduce time off of his murder sentence in which he killed Jesus’ mother. Jesus ended up defeating his father 11 to 5. In the end, Jesus decides to sign to play for Big State but not until after his father’s deadline. As of now, Jake is still in Attica Correctional Facility serving his prison sentence.

In the Game 6 of the 2008 NBA Finals, Allen came up huge against the Los Angeles Lakers. The sharpshooting guard finished the game with 26 points and hit seven threes en route to his first NBA championship. Thanks to Ray’s marksmanship, we later learned that “ANYTHING IS POSSIBLE!”

This highlight is for the people who think Ray was just a three-point shooter.

Allen’s performance against Utah would have made Louis Armstrong smirk. In 2007, he went off for 54 points, including eight three-pointers. Allen’s tenure in Seattle was undermined by some because the Sonics weren’t a winning team, but he played some of his best basketball in the Emerald City.

During All-Star Weekend in New Orleans in 2008, Allen gave a grand performance on one of basketball’s largest stages. While LeBron James walked away with the MVP award, Allen was the real MVP after he finished the game with 28 points off the bench and fended off a deep Western Conference team that starred Kobe Bryant, Tim Duncan and Chris Paul.

The Celtics were without the heartbeat of the team in Kevin Garnett, but it didn’t bother Allen as he went bonkers for 51 points. This performance is along the lines with several big-time playoff performances from Allen. It’s unfortunate that he sort of gets lost in the shuffle when comparing him to clutch players, but over 18 years in the NBA, he showed up when his team needed him the most.

by Ron Hampston time to read: 2 min
Baseball An Open Letter To Uncle Charles, Here’s Ever… 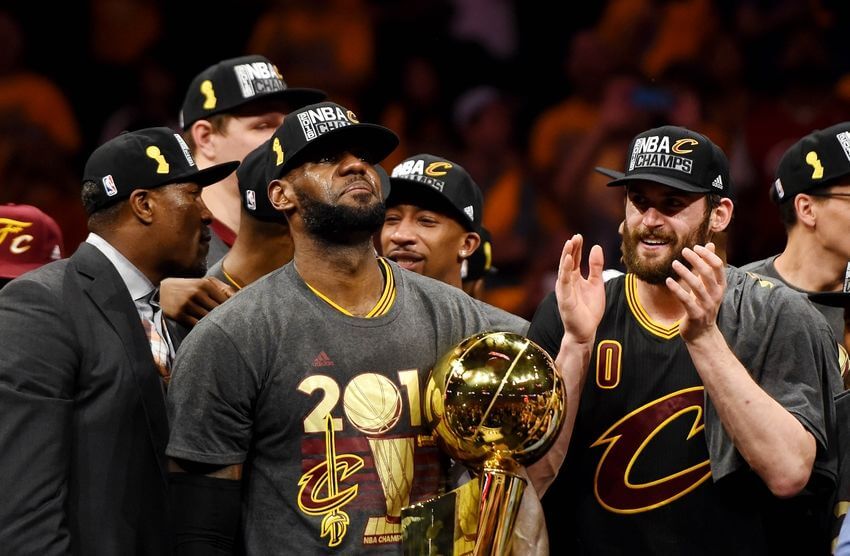