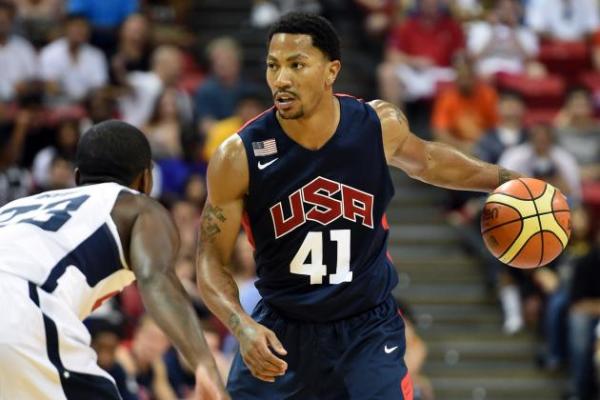 One of the hardest things to cope with in sports is realizing that a beloved athlete may have lost his edge. It’s such a natural reaction to ignore all signs that indicate otherwise, especially when the athlete is a highly favored one. This is especially true in the case of Derrick Rose, who is certainly proving that theory among many NBA followers.

As fans, we convince ourselves that a slight regression is nothing more than a bad game or two. As time wears on, we chalk it up to a down year or start playing doctor and diagnosing the player as unhealthy. More often, the narrative of the player becomes, “If Exhibit A was healthy,” when, in reality, the athlete is likely as up to par as he’ll ever be.

We’ve all made this sort of statement at one point or another. I’ve found myself doing it in conversations about Rose, and a part of me actually believes it is true. I want Derrick Rose to come back in top form. That MVP season is still heavily ingrained in my memory, and while so much has changed since then, I consciously choose to value Rose as if it was still 2011.

The start of the NBA season is a little more than a month away, and training camps around the association commence in just a few short weeks. In preparation for this, the smart minds over at SI.com are rolling out their annual list of player rankings. While any sort of list or ranking should be taken as nothing more than a fun, insightful look at the current state of the game, Rose’s excerpt was spot on.

Let’s keep it real: The only reason that Rose is in this position, or even the top 50, is because he was so scintillating during his 2010-11 MVP season that the benefit of the doubt he stockpiled still hasn’t been exhausted during three years of injuries, rehabilitations, more injuries and more rehabilitations.

If not for the vivid memories of elite play, there would be little to justify his inclusion. Over the past three seasons, Rose has played 49 regular-season games and one playoff game. Over the past two seasons, he’s rarely seen the court and has looked as rusty as it gets. During the FIBA World Cup, Rose regularly looked like Team USA’s weakest link, averaging 4.8 points and 3.1 assists while shooting just 25.4 percent from the field and 5.3 percent (1-of-19) from three-point range. Though he made a number of end-to-end flashes, he never really left his mark on the tournament, no matter how much positive encouragement he received from coach Mike Krzyzewski.

The glaring truths presented here are impossible to ignore. Rose may very well prove he is still a top 10 player in the NBA, but there is no reason to suggest that he should be regarded in the top 50 right now. Nostalgia for the former MVP aside, to suggest he is currently one of the top players entering the season would be to ignore the strides made by other elite players.

The game doesn’t stop for anyone, and while the Chicago star was attempting to return, others were passing him by. It will be one thing to prove that he still belongs. It will be completely different watching how Rose pairs up against his counterparts. Chris Paul is still pretty good at this basketball thing, and players such as Russell Westbrook and Stephen Curry have entered elite status with their unique sets of skills. Then take into account that Rose will have some struggles along the way, and there will be many nights where he isn’t the best guard on the floor, let alone player. The point guard position is overflowing with talent, and he’ll have to reassert himself there before measuring his place in the NBA as a whole. 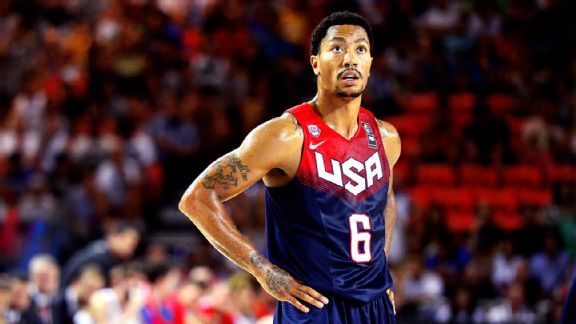 That is why expectations for Rose should be, at best, modest. His FIBA campaign this summer was a success because it proved he could play in consecutive games without setbacks. His production was awful, but that never should have been brought into question to begin with. The key to understanding him this season should be patience and not blind ambition. We all want him to dominate as he has in years past, but simply getting him back on the court is half the battle. How he adjusts to a game that is both physically and mentally daunting will reveal more to us than anything we’ve seen him accomplish prior.

Anyone who’s ever played a sport can tell you that you only get better by playing. Any amount of time off is going to bring a regression to your game, and this is an NBA-caliber athlete who’s struggled to find his way back for two years now. His 10-game stretch last season wasn’t anything close to the Rose we knew, and realistically, it might take this entire season for him to return to form. Say what you will about the exhaustiveness of an 82-game season, but in terms of measuring player development, it provides a large body of work to review.

Watching Rose return to an NBA court is something I’ll be looking forward to, but I refuse to fall into old habits. I’m well aware that he may never be the player he once was, and while that is difficult to fathom, it is a reality. The “Old Rose” may never return, but that is not to say the “New Rose” can’t be a damn good basketball player. Perhaps he returns better than he was before, or maybe he’s relegated to a more subdued role. Either way, we won’t know for sure until time plays itself out. As I said before, patience will be the key here and not irrational excuses to pardon a beloved player should he not perform up to his previous standards.

Derrick Rose understands that his return will be a process. We should accept that too.

by Esau Howard time to read: 3 min
Basketball Caron Butler Talks About Growing Up In Racine, Coc…
Basketball Hexagons And Hairlines: 5 Thoughts On The Nike LeB…
3