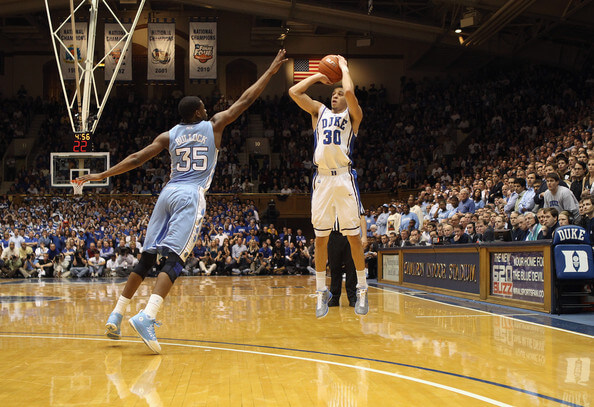 One of the great things about living in the Bull City is the biggest college basketball game on the planet occurs here twice a year. That’s right; twice a year. The fact that the campuses of the University of Chapel Hill and Duke are only eight driving minutes apart makes it great if you live in the area.

This year is no different. The trash talk used to only be face-to-face, but technology gives the average fan a perspective of some of the legendary former players in the battle. See, this battle is intense. There is no secret that there is a HATE-HATE relationship with the two schools. Whether it’s on the field, on the court, or in the classroom, these two schools have no love for one another.

Wednesday’s battle will bring together a prominent list of former high school All-Americans and some of the best young talent in the country.  UNC has experience on its side, as Harrison Barnes has finally started to look like the All-American that everyone made him out to be before he arrived at UNC. It also appears that Austin Rivers has finally found his role with the Devils, as he continues to lead the team in scoring while adding a few assists to his repertoire.

It appears that Dexter Strickland may have been the baffler to the engine that wouldn’t let UNC get kick started, because since his injury, the Heels have looked like a well-oiled machine, taking out its frustrations from the Florida State embarrassment on anyone who lines up in front of them. 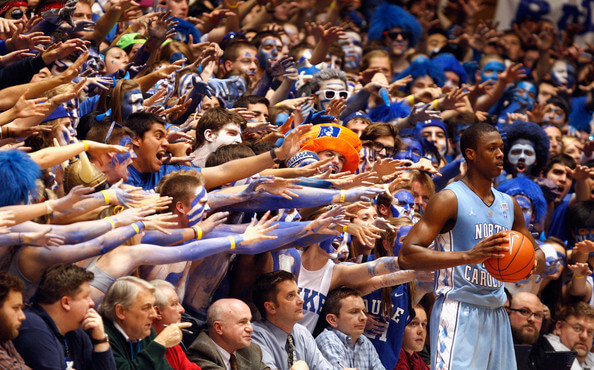 Barnes has been spectacular, but the play of Kendall Marshall and the development of John Henson as a scorer is what has made this team better. Tyler Zeller has improved his play and remained steady, but the other guys stepping up have made this current UNC run more intriguing.

The Devils remain a model of consistency as well, as they seem to keep steamrolling the competition, even with the loss of first round draft picks Kyrie Irving and Nolan Smith. Austin Rivers has stepped in and played well, but the play of Andre Dawkins has proven to be the difference for the Blue Devils this year. When Dawkins shoots well, they are almost unbeatable.

The Devils just find a way to win. They have names on their team that aren’t household names, but they just keep piling up the wins. That says a lot about their program and their kids.

The Facebook junk talk has already begun. (Duck Fook.)  The Twitter noise is hyped. (#FUNC.) All we need is for the game to start, and let’s watch the explosion. This game should be epic. as the number five team in the nation meets the number six team in the nation. Either way it goes, living in the Bull City makes it great. Because there is either going to be a party off Erwin Road or on Franklin Street, and chances are I will be in attendance, if I can find the strength.