Late Tuesday night, ESPN’s annual tip-off marathon ended with Michigan State pulling a mild upset over Kansas. In addition to some thoroughly entertaining basketball and some marquee matchups, the 31-hour marathon provided some early insight into the young college basketball season. Some teams got huge early season boosts to their tournament resumes while others revealed some chinks in the armor. Certain players stepped up announced that they should have our attention for the rest of the season. Let’s take a look at what we learned and who benefitted most from this glorious kick-off of the college hoops season.

George Washington over Virginia. Perhaps the biggest win of the marathon came in its very first game, where George Washington took down highly ranked Virginia, an early pick in many people’s final four. In a thoroughly entertaining game that was close throughout, the Colonials used a solid front line to break down Virginia’s notoriously stingy defense. The Cavaliers gave up 70+ points only twice last season but gave up 73 to GW on Tuesday. Tyler Cavanaugh led the way statistically, but Kevin Larsen was particularly impressive, especially with his vision and passing skills in the post. For the Colonials, who were picked to finish 5th in the Atlantic 10, this is the kind of win that come March could push them off the bubble and into the field of 68. 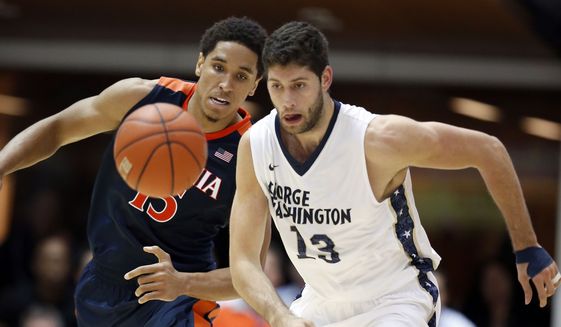 Dayton over Alabama. On Tuesday afternoon, the Atlantic 10 scored its second big win of the event when Dayton trounced Alabama 80-48. Yes, Alabama is a bottom of the barrel team in the SEC, but anytime a team from a conference outside the “Power 5” gets a win against a Power 5 opponent it is significant. It’s an early statement for Dayton, who last year reached the Sweet 16 despite major depth issues. The Flyers were led by Charles Cooke, who sat out last season due to transferring. He scored 21 points, grabbed seven rebounds, and dished out three assists. He also added two blocks and a steal. Dayton used a 10-man rotation, and while that number was padded due to an abundance of garbage time, they will not deal with the depth issues they had last season. The Flyers showed that they are looking to build off last season’s tournament success, and sent a message to their A-10 competition that they may be the team to beat this year.

Valparaiso over Rhode Island. It wasn’t all good for the Atlantic 10, as preseason conference favorite Rhode Island went down to Valpo. Coming off a solid win against Iona, the Crusaders got another win that will look good in March. Valparaiso returns a full squad that took Maryland to the wire in a 65-62 defeat in last season’s NCAA Tournament, and boast a conference player of the year candidate in junior forward Alec Peters. The Crusaders could be a team no one wants to see when the tournament opens up.

For Virginia, losing to George Washington was certainly a shocker, but in the long run, it shouldn’t hurt their resume too much. However, the loss did bring to the surface some questions the Cavaliers will have to answer.

For starters, can Virginia regain the defensive identity that has been their trademark? George Washington paired an excellent game plan and the combination of skilled front line play with solid play from the guards. No doubt opposing coaches will take notice of what the Colonials tried to do, coaches of teams with better talent than George Washington has. If Virginia is going to live up to the hype and avenge last season’s early tournament exit, they will need to get back to their defensive ways.

The other question for Virginia is who is going to help Malcolm Brogdon offensively? Brogdon was stellar in the loss, scoring 28 points and adding eight rebounds and four assists. Unfortunately for Virginia, only two other players scored in double figures, Mike Tobey with 10 and Anthony Gill with 11. Beyond that, no Cavalier scored more than five. Eventually, Virginia will run into teams with the ability to limit Brogdon, and someone is going to have to pick up the slack. A lack of balance could prove to be the Achilles heel of this team.

Also, Georgetown will be just fine. The Hoyas were stunned in their opener, losing in double-overtime to Radford. That is certainly not how you want to start the season when your second game is at number 3 Maryland. The Hoyas acquitted themselves well, however, losing a thriller 75-71. Georgetown had a seven-point lead with under six minutes to play and were in position to pull the upset and immediately right the ship. 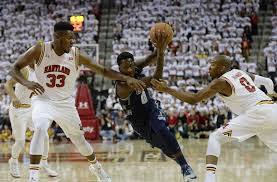 Despite the loss, Georgetown showed everyone, including themselves, that they can hang with the big boys and play the way they expect themselves to. They are a very young team who were perhaps caught napping in the season opener. Based on the performance against Maryland, they got the wake-up call. They should continue to improve as the season wears on, and be near the top of the Big East when the conference tournaments get underway.

Also, Georgetown and Maryland should be playing each other every year.

As usual, the tip-off marathon was a great way to kick off the season. There were close games, upsets, and statements made. Some teams got huge wins that they will look to build from while others had some things exposed. The fun will only continue as we watch how teams react to their early-season storylines and the tensions build toward March.