The Orange of Syracuse has taken this year’s NCAA Tournament by storm, not quite capturing the nation’s hearts but rather its undivided attention. After a earning a controversial spot in the field as a No. 10 seed, Syracuse (19-13) proceeded to tear a path through the Midwest region of the bracket.

The Round of 64 victory over seventh-seeded Dayton was not so much of a surprise, and the 70-51 win caused the people bemoaning Syracuse’s entry into the field to take pause.

The Orange’s Round of 32 win over 15 seed Middle Tennessee actually turned the fan tide against Syracuse. The Blue Raiders had quickly become one of the tournament darlings after upsetting Final Four favorite Michigan State in the first round, and Syracuse’s 75-50 routing of them unleashed the outrage at the Orange’s inclusion once again.

The Sweet 16 matchup with seven seed Gonzaga ended the string of 20-point margin of victory games for Syracuse, instead bringing a more balanced bout between two fast-paced teams. Many believed the sharpshooting Zags would expose Syracuse’s weakness and show the Orange for what the team it really is: a squad that finished 9-9 in the ACC, finishing one game ahead of Georgia Tech and Florida State.

But Jim Boeheim had other plans. His team forced Mark Few’s squad into 17 turnovers and then capitalized on the miscues by turning them into 14 points. Syracuse also dominated second-chance points 16-8. The Orange defeated the Bulldogs 63-60 despite shooting only 36.1 percent from the field. Fans were outraged once again. But Few knew most of the blame lay on the his team.

“The thing that really stings, though, and hurts is that we gave up three offensive rebounds there and six over the last two minutes, because you look at these — we hold them to 36 percent overall, we really played great defense this entire time in this tournament, and we out-rebound them, which isn't easy, and shoot 44 against the zone,” said Few post-game. “You know, too many turnovers, and then just those darned offensive rebounds there at the end.”

The Elite Eight matchup against No. 1 seed Virginia presented another opportunity to unveil the team masquerading around as Cinderella. But even a stout, experienced, Tony Bennett-coached squad couldn’t remove the glass slipper, despite owning a 14-point lead at the half.

After a first-half that made Virginia’s London Perrantes a Twitter sensation, 15 points all in the form of three-pointers, the second half saw a collapse so spectacular it made people once again question the legitimacy of the ‘Cuse. The Orange scored 47 second-half points, shot nearly 42 percent from the field, made five three-pointers and went 16-18 from the charity stripe in the second half to pull off the 68-62 upset and earn a trip to Houston and the school's first-ever victory over the Cavaliers since joining the ACC.

"They're a resilient team,” Bennett said after the game. “They just kept battling. They did that in the tournament, and then all of a sudden, they separated."

Despite having the lowest point total in a first half this season, the Orange survive and advance to the Final Four for the sixth time in school history and will face the North Carolina Tar Heels.

The thing about Cinderella is she had quite a bit of help with her rags-to-riches transformation, most of it of the magical variety. Not to say Jim Boeheim has any supernatural abilities, but Syracuse has gotten its fair share of help from opposing teams in the form of missed shots, major meltdowns and general basketball melee. Maybe you don't believe in magic or that a 10 seed could even be considered a Cinderella, but you can't deny that the Orange has slayed every dragon in its path.

Syracuse is certainly not the hero the tournament needs or the one it deserves — that role has been filled by Oklahoma’s Buddy Hield. But why can’t it be the lovable villain version of a Cinderella? 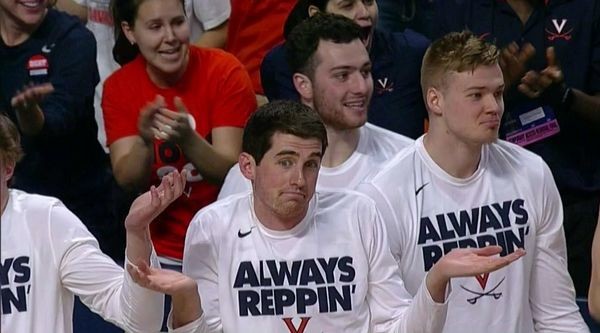 There may be no better role for this team and its coach: a team you love to hate or hate to love … and maybe a little bit of both.