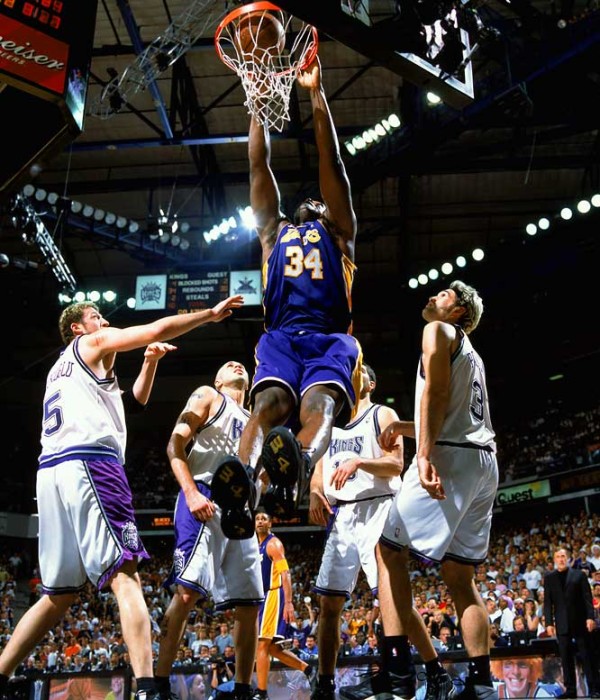 News that current NBA on TNT/NBA TV analyst and future Hall of Famer Shaquille O’Neal will become a part-owner of the Sacramento Kings brought back reminders of the infamous “Sacramento Queens” quip he made at the start of the 2001-02 season.

For those who need a reminder, this is also what The Big Aristotle once did to the Kings.

This made me wonder which torturous rivals should find a way to take Shaq’s lead. Though there are plenty of former tormentors that qualify, here are three that will rile up your blood pressures this morning.

(Note: some exclusions have to be made for posterity. This list doesn’t include predictable players like MJ or LBJ. More importantly, Reggie Miller should never be connected to the New York Knicks for this reason. The playoff series were even between the Knicks and Pacers in the Ewing & Miller eras, but New York actually made the Finals twice through Indiana while the Pacers returned the favor once. So there.)

Sidney Crosby and the Philadelphia Flyers – The rage towards the Penguins superstar around the NHL is impressive, but the Flyers fans REAAAAAAAAAAAAALLY don’t like him. It’s understandable why: in 43 career games, the Kid notched 71 points (28 goals, 43 assists), four game winning goals and a whole lot of naughty signs. With the Flyers circling around Stanley Cup contention, but yet to truly take home the Cup in generations, how maddening would it be for a guy responsible for some of the franchise’s misery to play a role to get over the hump?

(For the purposes of these Lineups, just roll with the idea.)

Honestly, this has to be done because we know that a section of the TSFJ staff would mutter obscenities about this new minority owner in each and every article composed by those members. And me for conceiving this idea.

Tom Brady and the Buffalo Bills – Sure, he gave Western New York Drew Bledsoe for a decent season+, but he also gave them a 2-21 record against his Patriots during his career. Probably even more damning, 12% (5,695 yards and counting) of his career passing yardage (45,504 and counting) has been against Bills defenses.

Read that again. TWELVE PERCENT! That should mean #12 should own 12% of the franchise, too.

So, are you finished crying? Want to name your own for the heck of it? Feel free to do one or both , then read these links.

The Redskins Offense Is Up on Blocks — Wall Street Journal