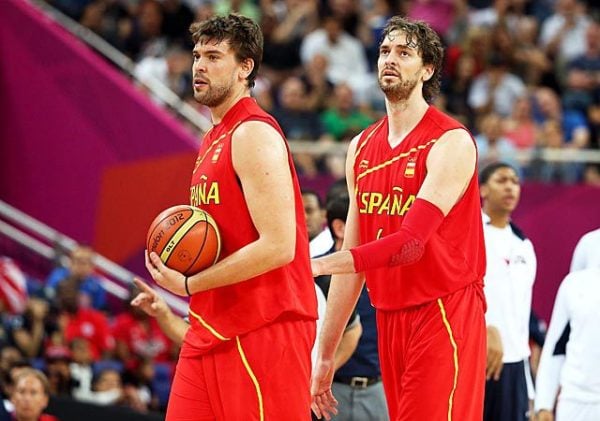 One of the worst kept secrets about the 2014 FIBA Basketball World Cup has finally been exposed. Despite serving as a competition for over a dozen national teams, this was always a tale of two countries. Without knowing what teams would have to beat each other to advance, the championship game was always supposed to be a showdown between the United States and Spain.

After the events that unfolded in the quarterfinals, Spain was upset out of the heavily favored matchup.

In a 65-52 loss to the underrated team from France, Spain essentially did everything but live up to expectations. International play is a beast in itself, but watching the Spaniards fall apart in the way that they did raised several questions. The most important is why in the world did anyone ever believe this was the team to beat at all? From a talent perspective Spain was rivaled only to the United States, but a solid game plan can beat pure talent in almost every sport. That’s exactly what happened to Spain.

If you’re trying to figure out just how bad of a loss it was for Spain, take a look at the numbers. Marc Gasol, Ricky Rubio and Serge Ibaka shot a combined 3 for 21 from the field. That is extremely hard to accomplish, even for players with their particular set of skills. Rubio is notoriously known for his poor shooting, but this is disturbing even for him. France wasn’t overly impressive in its win against Spain, but the French were more than serviceable enough to get the job done.

If this team was anything close to being the second best team in the world, it certainly didn't indicate that during this fall from grace. With a roster that has more experience playing together than most FIBA teams, Spain seemed largely out of sync.With all credit to Boris Diaw's 15 points, the most impressive feat was the 23 combined rebounds between Rudy Gobert and Joffrey Lauvergne. They singlehandedly dominated the boards, and the Spaniards did themselves no favors with their terrible shooting.

On the bright side, Pau Gasol looked more motivated than he has in years. This should translate well as he joins the Chicago Bulls this season, but the NBA is an entirely different beast. Still, a healthy and energized Pau will serve as an upgrade to Carlos Boozer any day.

What does this mean for the United States?

Nothing. It seems obvious, but a case surely could have been made that the United States was in danger of being eliminated. Stranger things have happened.

The road to the championship round for the U.S. was always a matter of getting through some formalities before ultimately arriving. There were bound to be a few obstacles along the way, but nothing that should have deterred the Americans. Barring any major upset, they should make light work of Lithuania in their semifinal matchup. Lithuania is a team that USA Basketball specifically constructed its roster for, as the front-court height is certain to frustrate them early.

The United States has needed a foe for years, and Spain has been the closest thing to it in basketball. Even with the Spaniards bested, basketball is a game of matchups — and there aren't any teams that really measure up against them there.

Of course, that's not to slight the team that knocked Spain out. If Spain was the more formidable threat, France makes for a craftier one. Should France advance past Serbia, it will provide an interesting challenge against the U.S. but nothing that the Americans haven’t already endured. Serbia has shown some fight and, after its upset (all things considered) over Brazil, should find itself in an evenly matched game.

Truth be told, the biggest disappointment is that Spain will relinquish its spot as the only other legitimate powerhouse of FIBA. Despite being a relatively older team, Spain is one of the few groups that have years' worth of experience playing together, with several quality NBA players. The chemistry alone was enough for Coach K to plan accordingly, but now it's nothing more than an afterthought. No, this loss certainly won't impact the U.S. in any way, but the long-lasting implications this has on the aging roster for Spain is intriguing to say the least.

Spain's threat to Coach K and Rudy Colangelo's powerhouse program has been diverted for the time being. Not to say that this USA team is unbeatable, but you could invest your money in other things that don't include betting against it. Expect the U.S. to clinch a gold medal on Sunday, in very decisive fashion.

One Reply to “What Does Spain's FIBA World Cup Loss Mean For The United States?”