If there was one person who could utter two words that represented the chaos that ensued during the final two hours of the 2015 NBA Trade Deadline, it was the man who's responsible for the epic #WojBomb.

Thursday provided basketball fans with 11 trades, many of them being completed within the last 30 minutes of the deadline that came and went at 3 p.m. ET. By our rough estimation, 238 point guards were traded, a couple of teams might be title contenders now and many heads were scratched all in the span of a few hours. Here's a breakdown of each of the trades made, but be mindful of the fact that teams will now be buying out contracts, releasing players and more transactions will be coming down the pike in the coming weeks. The NBA, it's FAN-tastic!

Reggie Jackson finally gets his wish

Over the course of the last year, Reggie Jackson let the world know that he wanted to eventually be the lead point guard of his own team. Of course, the Oklahoma City Thunder would never be the team to accept such a role because of Russell Westbrook. The stare down between Jackson and OKC finally came to an impasse as the Thunder dealt the backup point guard to Motown in a three-team deal. Detroit got its point guard of the future in Jackson (sorry, Brandon Jennings), OKC gets four functional role players that fill major needs on the roster, and Utah gets the running-in-combat-boots legend that is Kendrick Perkins. Everybody wins. (Okay, not really.)

KG comes back home to Minnesota

When the Big Ticket was thriving in Minnesota, he did the near impossible — he turned the State of Hockey into a hoops haven. Kevin Garnett was so well thought of that when he departed on a title-seeking adventure to Boston, Minnesotans wished him well. 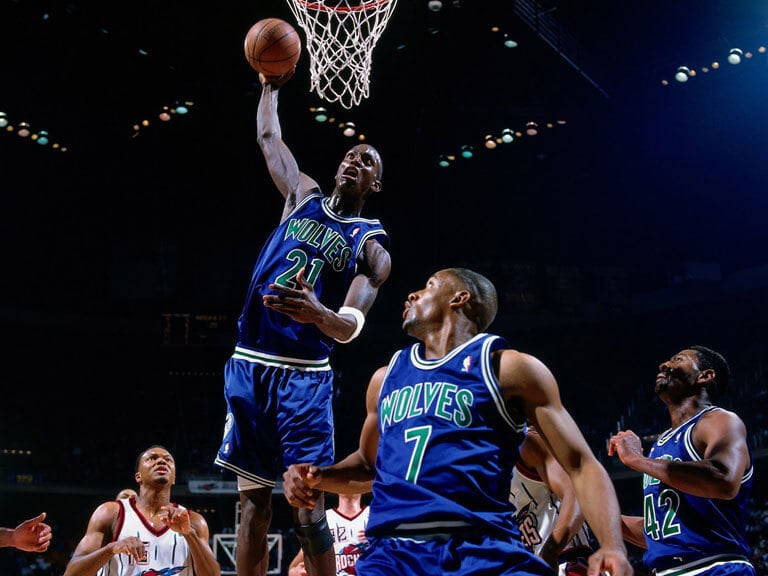 A shoutout to "Sota" after the '08 Celtics championship only reinforced the love from the Upper Midwest, even if "Minny" is the more accepted nickname for my homeland. Garnett returns to the Timberwolves a veteran on the downside of greatness with nothing more than nostalgia to offer. But nostalgia, mixed with hope in the form of Andrew Wiggins, sure makes a fan look past an 11-42 record.

The biggest issue of the Portland Trail Blazers was their lack of depth. Sure, Portland's starting five is arguably the best the league, but after that the bench rotation was sorely lacking punch from a defense and scoring perspective. Arron Afflalo is a legitimate top 10 shooting guard in the league right now, and being able to add a wing player like Afflalo to possibly play alongside Damian Lillard, Wes Matthews and Nic Batum makes for a lethal combination on the perimeter for Terry Stotts. As for Denver ... well, the Nuggets suck.

When Goran Dragic made the demand to be traded away from the Phoenix Suns, some took it as a bluff. There's no way he'd turn down a five-year deal from Phoenix, right? There's no way he'd really want to go to the New York Knicks, Los Angeles Lakers or Miami Heat, since he wants to go to a playoff team, right? In reality, Dragic's wishes of improving his lifestyle were matched by Pat Riley's desire to acquire talented but frustrated players on other teams. From Shaquille O'Neal to Alonzo Mourning and Jamal Mashburn, Riley has thrived on this situation, and now he has a point guard to pair with the young Hassan Whiteside plus veterans Dwyane Wade and Chris Bosh. Oh, and he's bringing his brother Zoran with him? The Slovenian South Beach Takeover is now real. 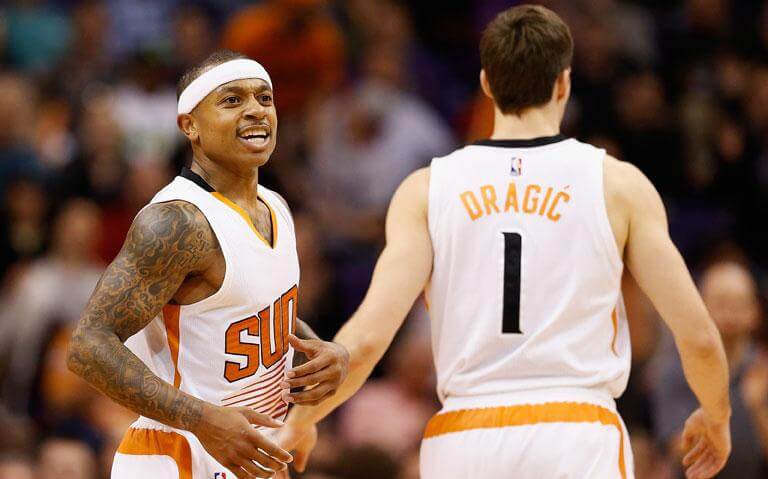 The Woj tweet swam through the sea of trade conversation that captured the last hour of movement. "Good lord,” he said, immediately following a tweet about the Pablo Prigioni trade. After taking that quick breather, Woj got right back to work with this insane trade.

MCW to Milwaukee. Isaiah Thomas to Boston. Brandon Knight and Marcus Thornton to Phoenix. All of this came on the heels of Goran Dragic having his talent shipped off to South Beach. The Suns, for all the talk of wanting to try and keep Dragic, end up right back where they started with a three-guard rotation now being run with Knight, Thornton and the incumbent Eric Bledsoe. They’re different, but essentially, they’re still the same as they ever were.

What, exactly, were the Bucks thinking though? Michael Carter-Williams is essentially a diet Brandon Knight, who is a diet Kyrie Irving. You need calories at the PG position if you want to survive in the NBA, and the Bucks have become Coke Zero. Isaiah Thomas in Boston is interesting, especially with Avery Bradley and Marcus Smart already in the picture. The winner here is probably Phoenix, but a lot remains to be seen as the original three-guard experiment didn’t work the way the Suns wanted. The losers: The 76ers. Look at this tweet from Steven Lebron:

There were four reasons to watch the Sixers this season:

Now two of those reasons are gone, as Sam Hinkie was at it again, shipping off MCW and K.J. McDaniels for more picks, continuing to mold his vision of building a contender … a vision that has to date been completely invisible, particularly given the circumstances. I'm still 100% on board with Hinkie's plan … but now all we have to watch is the stilted Noel try to develop with exactly zero quality NBA help around him and try to help Joel Embiid figure out what's going on.

Other Noteworthy Trades Include: The George Karl-Andre Miller reunion comes to Sacramento as the Kings deal Ramon Sessions to the Washington Wizards...The Detroit Basketball-Tayshaun Prince comes to fruition with the Pistons as Stan Van Gundy deals Jonas Jerebko and Luigi Datone in a deal... Houston deals Alexey Shved and picks to the New York Knicks for Pablo Prigioni.