It has been a rough few years for Philadelphia 76ers fans. The team has lacked significant relevance since Allen Iverson was traded away in 2006. For years, fans dealt with incompetent management that seemingly had no plan going forward. The result was a middling team, good enough to be a 7 or 8 seed year in and year out, but with no hopes of truly contending and lacking any conceivable direction. In today’s NBA, that is the absolute worst place to be.

Finally, under a new ownership group, a commitment to a true rebuild was established. In 2013, Sam Hinkie was brought in to oversee the project. Hinkie didn’t wait long to make waves.

On his first draft day, Hinkie stunned Sixers fans by trading All-Star point guard Jrue Holiday, the one piece fans assumed the team would build around. The franchise emerged from that draft with Michael Carter-Williams and Nerlens Noel, who was the projected number 1 pick before going down with an injury. Fans were excited by the boldness of the move and the fact that there was now clear evidence that the organization had a plan and was committed to it. The excitement was slightly tempered by Noel’s injury, but it finally felt as though the team was headed in the right direction. And after the aimless wandering the franchise had done for years and years, simply moving in a direction was a welcome change.

The fans knew the following season would be a struggle, as the team was in full tank mode. The Sixers held the New Orleans Pelicans’ first-round pick in the following draft as long as it wasn’t in the top 5, and it was no secret they were trying to make their own pick as good as possible. The season became known as the “winless for Wiggins” campaign. The Sixers tanked their way to the second-worst record in the league, but after the Cavaliers won the number 1 pick (again!), the Sixers had to settle for 3rd overall.

This is where the fans’ patience began to truly get tested. With the 3rd pick the Sixers selected Joel Embiid, the promising big man out of Kansas. Unfortunately, Embiid was dealing with a foot injury, and it was assumed he would miss the entire season (those assumptions appear to be true as Embiid has yet to play this season and currently is doing most of his work in 1-on-1 drills). The Sixers then used the 10th pick to get Dario Saric, a talented forward from Croatia. Saric also will not suit up for the Sixers this season, as he is under contract in Turkey through at least next year.

Now Sixers fans had seen two consecutive drafts in which they had 2 top-11 picks. Of those four picks, only 1 (Carter-Williams) immediately played with the team, and he has subsequently been traded. It was understood by the fan base that the rebuild would be a long one, and generally the fans have accepted that and supported what the Sixers are trying to do.

For successive years, the highlight of the season for Sixers fans has been the draft, and for successive years that excitement has been crushed by the fact they wouldn’t get to see the fruits of the draft on the court the following season. The lack of something tangible to grasp on to as fans suffer through this process has gotten frustrating.

As this city, with such a rich basketball tradition, agonizes through this rebuild, Philadelphians have been looking for something, anything, to hang their hat on. Any sign that the plan is working, any indication that they are finally on the right path. Anything to get excited about.

Noel started the season quietly. This was to be expected, as he got into game shape and got used to playing in the NBA. But since the All-Star break, Noel has blossomed. He has played so well that he has gotten himself into the Rookie of the Year conversation.

Since the break, he has averaged a double-double (13.1 points and 10.1 rebounds). In that same time, he has improved his averages in scoring, rebounding, assists, steals, blocks, as well as his shooting and free-throw percentages, from the first half of the season.

Not only does he lead the Sixers in rebounding, steals and blocks, but he leads all rookies in those categories as well. He’s also the pace-setter for all rookies in double-doubles (15), and 7 of those have come in March.

As Sixers fans continue to wait, they hope that Embiid can have similar progress to what Nerlens is having this year. They will keep an eye on Saric, scouring the internet for news on their unknown asset, with fingers crossed that he will indeed play for the Sixers in the near future. And for a third straight season, they will anticipate the draft like a kid anticipating Christmas, hoping to add yet another piece to a team that may finally be coming together. Thanks to Noel, they at least have a positive to take out of this current season and a reason to watch the remaining games.

It’s been a pleasure to watch Nerlens Noel develop as the season has gone on. He began doing the things he was expected to do, rebound and protect the rim. His improvement offensively has been a pleasant surprise. It seems as though the Sixers have finally found their first legitimate piece of the rebuild, and Sixers fans finally have their tangible evidence of progress on the court.

For the first time in a very long time, there is something for professional basketball fans in Philadelphia to be excited about. 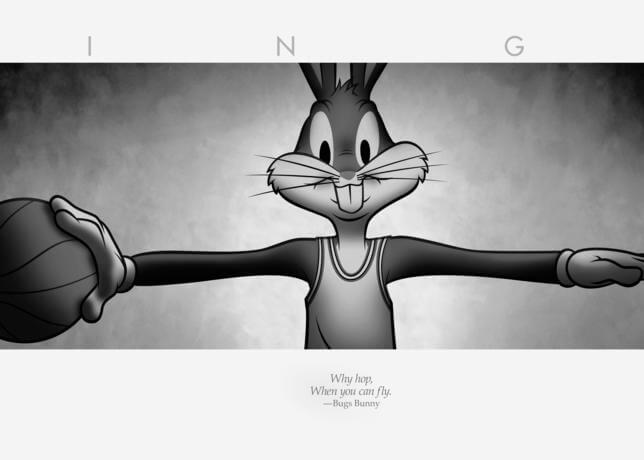