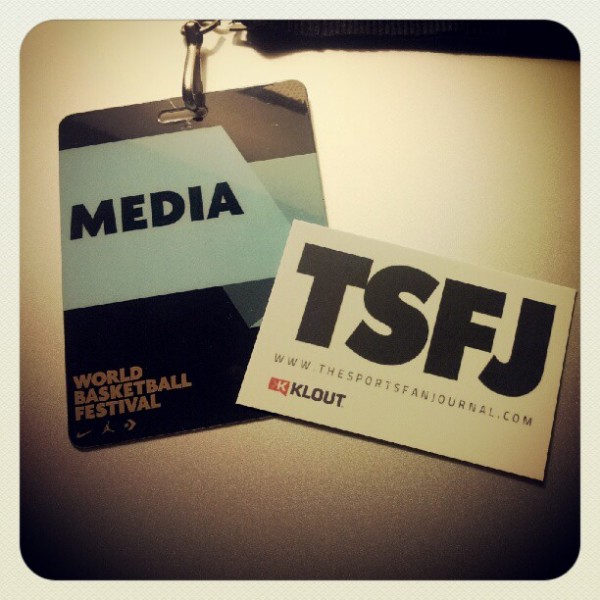 **Ed's note: This is the first time that Bryan Crawford has written a "Shocking The World" post, so kudos to the man for stepping up and knocking this post out the park. However, let this serve as a disclaimer that points made in this article could possibly be "stretched truths" and flat-out lies. I hate you Bryan Crawford, but that's why you my dog. End aside.

TSFJ was definitely in the building over the weekend in Washington, D.C., for the Nike World Basketball Festival. The big homie Ed the Sports Fan, Justin Tinsley, Mark Trible, Syreeta aka The NFL Chick and myself all represented and put on for The Journal.

Of course, on trips like these, there are always gonna be funny stories that will live forever, so at Ed's request, I figured I'd share a few hilarious anecdotes from the weekend. 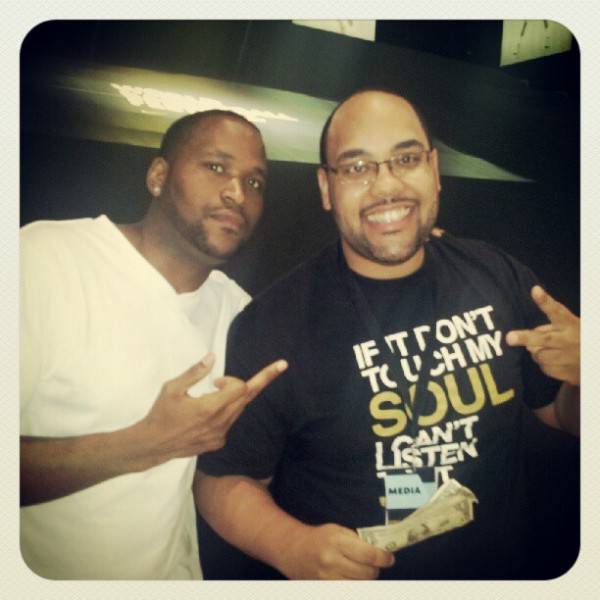 The homie Mark Trible came through to kick it on Friday night, and he invited Ed and myself out to rural Virginia for a field party that I'm kind of mad I didn't go to, mostly because time didn't permit. But I'm gonna take him up on it one of these days. I was a cow-tipping champ four years running when I lived in Mississippi, so ... I'll show you how to do this, son!

At the City Tournament of Champions, my Team Chicago squad faced off against Team New York. The game was dope and went into overtime. Feeling confident in my squad, and with Ed suddenly claiming NYC, son, he and I pulled a Randolph and Mortimer and bet $1 on who would win the game. Of course, you know I rode with my Chi-Town brethren ... and lost. But it's all good. The City of Wind was definitely in the building and Team Oklahoma was nowhere to be found. What up, Ed! 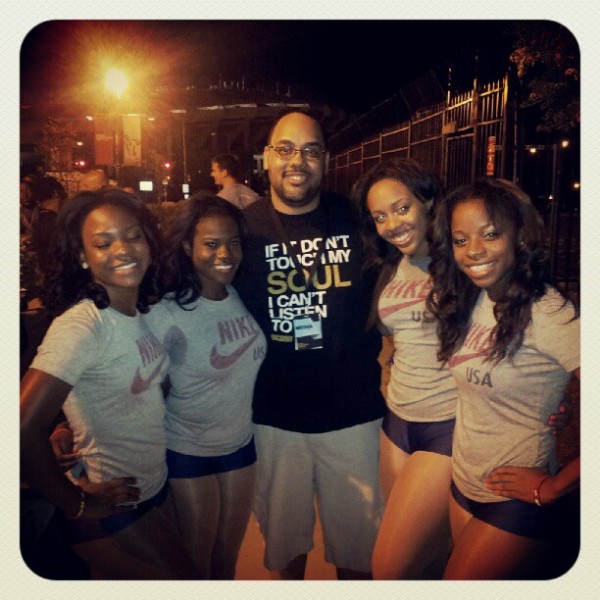 So after losing my dollar, I was out for redemption, and I would get it quickly. During halftime of the COTC game, the Howard University drum line performed. There was one young lady in particular that caught the TSFJ eyes, and as we were waiting for the hotel shuttle outside of the DC Armory afterwards, this one particular lady and a group of her drum line sisters were out there hanging out. I challenged Ed to go up and ask them for a picture. He was scurred and said his ACL was acting up, so he couldn't walk over there. But all of a sudden, the shuttle came, and he got brave.

Knowing he could quickly make a dash for the bus (just in case they rejected him), he puffed his chest out and went over. I soon followed and we both ended up taking pics with them. The only difference is Ed asked them; they asked ME. After seeing the two photos, they said the picture with me was MUCH better and I reminded Ed of it all the way back to the hotel. He was not pleased and he's probably still mad about it, but I can't help it if my swag is on a trillion and his is in the single digits. Ain't my fault, B. But check his welfare Instagram (Android) page for the photo. 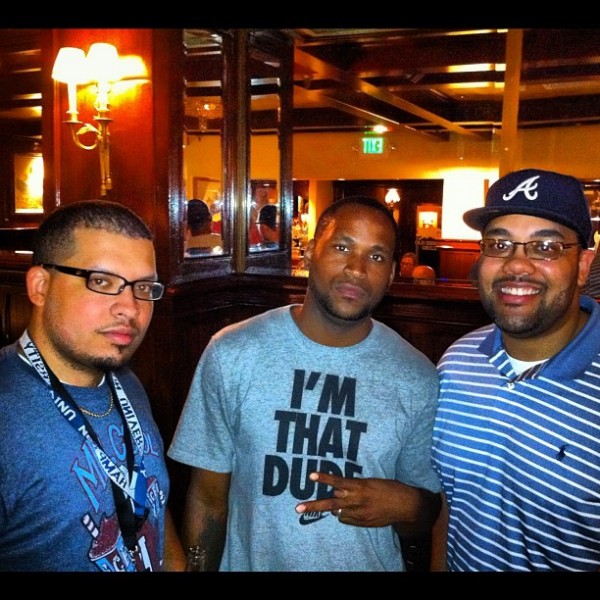 Justin Tinsley came through on Sunday and got a chance to see his idol up close and personal, LeBron James. Knowing how much of a fan he is, I politely asked Tins not to cry and throw his boxers at dude when he walked by. So after Bron passed him and gave the “wassup” head nod, the homie Justin either fainted or died right there on the spot. It was hard to tell. We all grabbed media guides and coaches packets to fan him as he lay on the ground. It was like church. But the bad thing is we couldn't get him up, so I ran to the back and asked Bron to help out, and thankfully, he did. LBJ came out, stood over Justin and said, “Rise, loyal subject!” and without even bending his knees, the homie just popped right up. (Started dancing, too.) Damnedest thing I've ever seen. All hail the king for bringing a man back to life, something that hasn't been done in more than 2,000 years. 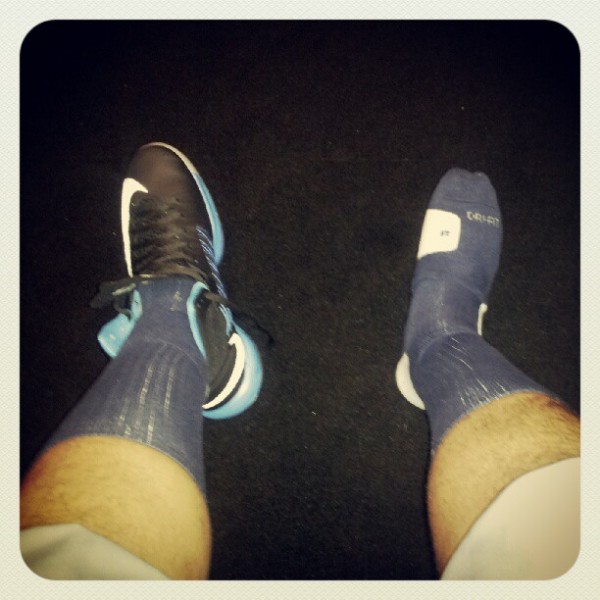 On Monday morning, we got a chance to do a wear test for the new Nike Hyperdunk+ kicks on the same floor that Team USA practiced on. If you've got $250 just lying around and you hoop, I suggest you invest in a pair. It might just be the dopest thing in footwear since the shoelace was invented.

During the wear test, because of his injured ACL or broken tibia (he tends to change the story depending on your gender as he's the lead conductor of the sympathy train), Ed didn't hoop with us. So instead, he got his bootleg Rucker Park/Barry Farms announcing on and started giving people nicknames. Mine was “Gone With the Wind,” because I couldn't make a jumper. But his most egregious act was calling this Asian lady that played with us, “Chun Li.” She didn't find it funny and neither did her boyfriend. So Sum Yung Gai broke Ed off with a nice Street Fighter-ish combo. 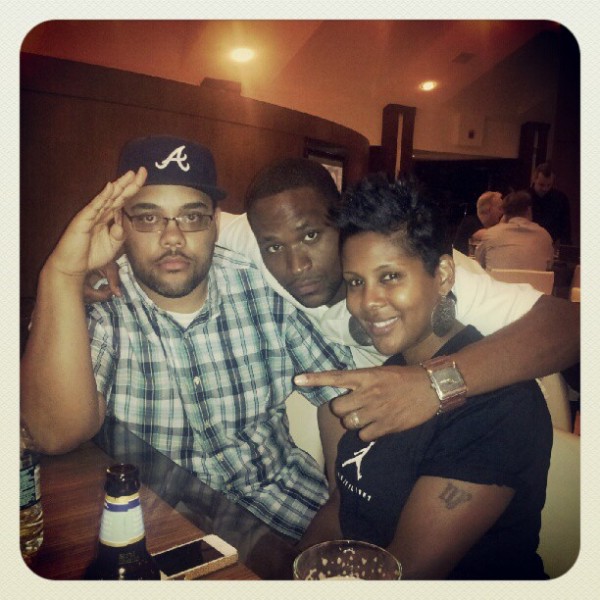 The NFL Chick came through and kicked it with us on Monday night at the Nike party, which capped off the event. We swapped stories about life in general and she's real cool people. Unfortunately, she tried to sell me on the fact that there are actually nice areas of Baltimore, but I told her she needs more people ... We don't believe you! She said baseball great Frank Robinson used to live in her hood, but I'm guessing that was until they broke in his house and stole all his stuff. But it could've been worse. Snoop and Chris Partlow could've came through with the nail gun, B.

Oh, before I forget... shout out to Stadium! I wasn't there the night TSFJ represented, but I was privy to what happened. So if you ever hear someone tell a story about how Ed got down on midget night with 25 little itty-bitty shake dancers, don't believe it ... It was more like 15. And no, he wasn't waving bands to make them dance and follow him out of the club like the pied piper. He actually did break out a flute. See, I'm talking too much … You ain't heard none of this from BC, aiiight?!

Of course, there are more stories I could tell and some of these have been embellished to embarrass the parties involved. But all in all, it was a great time. Wisdom was swapped, libations were flowing and TSFJ was right there to bring it to you live, because that's how we roll. When it’s poppin, we out’chea!!

8 Replies to “Shocking The World, TSFJ Crew Love And The Nike World Basketball Festival In D.C.”