Before this post begins, I must abide by my own principal for players believed to be snubbed for any All-Star game: if a player is believed to be snubbed, that opinion must include removing a player from the team. Damian Lillard should be on the Western Conference team ahead of Gordon Hayward. Lillard is having a definitively better season, even with Hayward playing exceptionally well for a really solid Utah Jazz team, especially after returning from injury.

This is more about Lillard’s place in the Association. This is the second consecutive year he’s been wrongly left off the team. And there are no fans to blame for this decision. The NBA coaches—the 32 men charged with knowing and optimizing the skills of multiple players, as well as scouting and devising strategies against opposing players—believe that Damian Lillard is not deserving of an All-Star nod again. I would never call any coach dumb, not even the ones currently inept at their jobs. But Lillard has earned the right to be there in Charlotte New Orleans. This is at best incorrect and at worst, disrespectful.

The biggest factor keeping Lillard from acquiring enough of the popular vote to start the All-Star game is simply because there are better players whom the fans decide are more likable them him–and Lillard is extremely likable. If Russell Westbrook couldn’t be voted to start over Steph Curry, and the reason comes down to fan votes, then Lillard’s chances are slim to none to surpass either of those players if they’re healthy and effective. That’s why the onus is on the coaches to make sure the best of the best are selected.

However, if we assume Russ, Steph and James Harden make up that highest tier of Western Conference guards, Lillard is certainly in that next tier down. Arguably the best of the next, with apologies to Chris Paul. I believe Lillard has arrived at a point in his career where his place as an All-Star reserve should be a lock, provided he’s healthy and playing at a similar level to the past two seasons.

Lillard is having the best season of his young career. Still only 26 years old, Dame is posting career bests in points per game and field goal percentage, and is in the top ten in both statistics for the second straight year. Lillard continues to trend upward. In a sport where accolades seem to have a era-type divide to them—younger players raise their games and replace consistent star veterans, rinse and repeat every few years—Lillard is a part of that next group, along with the likes of DeMarcus Cousins and soon-to-be Karl-Anthony Towns. “Lillard Time,” a name given to label how Dame plays amazingly well in the fourth quarter, also applies to selecting him to the midseason exhibition. It is Lillard’s time.

Even if the coaches do not yet believe Dame is a consistent All-Star, there is another path that could be taken to put Lillard on the team. Chris Paul, who should also have been selected ahead of Gordon Hayward, could have been chosen. Then, due to his injury, his actual roster spot could be given to Lillard, and the Western Conference team would have a little more rightness to it.

If he wants, and if he chooses the same course of reaction he did last year, he has a lot to be mad about. This may result in a second straight Getback Tour, fueled by the bitterness we believe Russell Westbrook is using this season. One thing is for sure: Damian Lillard is an All-Star, whether or not the coaches give him the title. He does not have to do anything more besides be his excellent self on the basketball court. He even does amazing things away from hoops that other players don’t do. I mean, Gordon Hayward can’t rap!

3 Replies to “A Seat At The Table: What Must Damian Lillard Do To Be An All-Star?”

A Seat At The Table: What Must Damian Lillard Do To Be An All-Star? 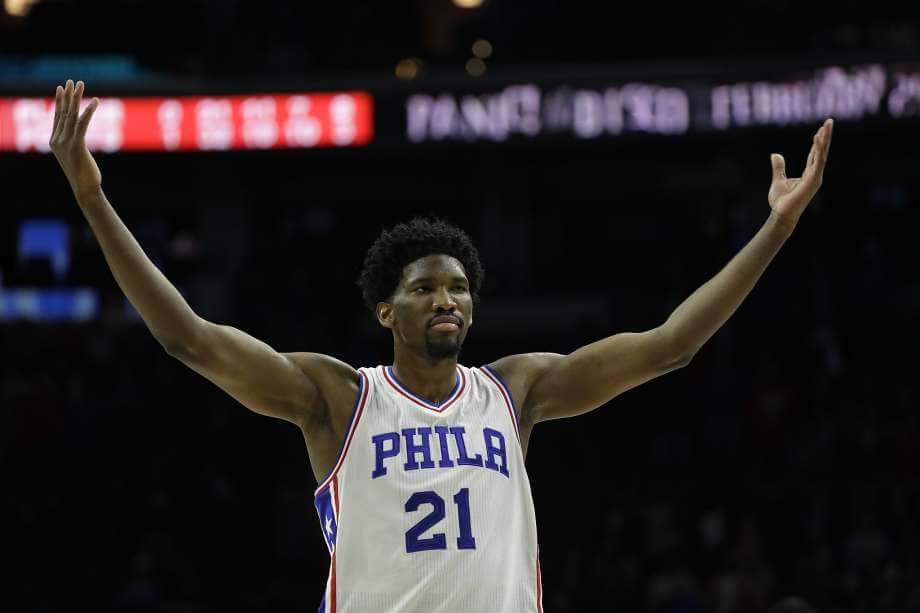 Basketball Joel Embiid Is Everything … But An All-Star…
3