When the 2015-16 NBA season begins this fall, the Philadelphia 76ers will be in the third year of their ongoing rebuilding process. While the team is still multiple years away from contention and another top five draft pick seems almost certain, it is imperative that this season is one in which there is tangible progress on the basketball court.

The longer this process drags out, the more disinterested the fans become. That could also lead to difficulty in the Sixers’ ability to re-sign current players and attract new ones through free agency. Will current Sixers like Nerlens Noel, Joel Embiid and new draft pick Jahlil Okafor grow weary of the losing and seek greener pastures when they are able to do so? Or will precedents set by management during the building process discourage players from signing with the Sixers, similar to what some have wondered about with Chip Kelly and the Philadelphia Eagles.

But the most important reason that progress is necessary this season is because there are finally enough pieces assembled that coach Brett Brown can start to mold his young players into what he ultimately wants them to become.

When the season kicks off, the Sixers expect to pair Noel, who is coming off a very promising rookie campaign, with Okafor, the third overall pick in last month’s NBA Draft. Okafor’s polished offensive game is expected to give an immediate boost to a Philadelphia squad that had trouble consistently getting baskets. For the first time since this process began, the Sixers and their fans will get to watch two of their main building blocks on the floor at the same time. While there will certainly be growing pains, the increase in talent should provide an immediate boost to the team. 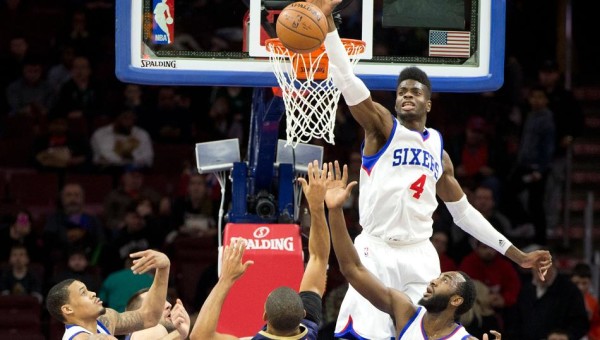 Adding to the excitement is the expectation that last year’s lottery pick, Joel Embiid, will be ready to play at some point during the season. There are some conflicting reports about where Embiid is at in his recovery from foot surgery. Some outlets have reported a setback, while Joel himself has intimated that perhaps those reports were overblown. While we will get a clearer picture of where Embiid is as we get closer to the season, the fact that he should see the floor at some point adds another dimension to what we could possibly see from the Sixers and increases the anticipation as to what coach Brown might do with his triple towers.

While Sixers fans were still digesting the Okafor pick — contemplating what having three big men will mean for their team going forward, wondering where management will find a desperately needed guard and perhaps pondering if general manager Sam Hinkie’s plan has stalled or gone off the tracks — word broke that Hinkie had made a trade.

He was able to use his plethora of cap space to take advantage of the Sacramento Kings’ desperate attempt to clear some cap space of their own. Hinkie agreed to take Carl Landry and Jason Thompson off the Kings’ hands, and for doing so got Nik Stauskas (8th overall pick in 2014), a future first-round draft pick and the right to swap first-round picks in two future drafts. The Sixers gave up Arturas Gudaitis, Luka Mitrovic and a future second-round pick. Okafor is a fan of the move.

Stauskas struggled during his rookie season, averaging just 4.4 points, 1.2 rebounds and 0.9 assists while shooting 37% from the field and 32% from three. A lot of his struggles stemmed from an inability to get his shot off, and his coming to the Sixers could prove to be beneficially symbiotic. 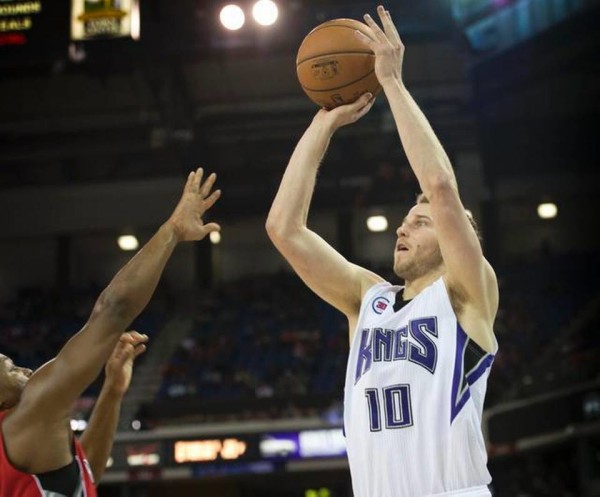 For the Sixers, Stauskas is a shooter they desperately needed, and he will provide crucial offensive spacing with all of Philadelphia’s bigs. For Stauskas, the Sixers provide a team where he should be able to get some open looks at the basket. Okafor will be able to command double teams as he is fed the ball in the low post in half-court sets, and his quality passing ability will allow him to find the open man on the perimeter. Brett Brown’s desire for the team to get out on the break should also help get some open looks for Stauskas. It will be interesting to see if cleaner looks will allow Stauskas to shoot more like he did in college, where he shot 47% from the field and 44% from three for the Michigan Wolverines. If so, this could be a match made in heaven.

Assuming Embiid plays at some point during the season, the Sixers will have four top eight picks from the last three drafts. They will finally have legitimate building blocks on the floor playing basketball. Coach Brown will finally be able to truly begin to implement what he wants to do. He’ll also have players who can reasonably be expected to be around when the team gets to where it is trying to go, and he can begin to prepare them for that.

While the process is far from over and there will certainly be some growing pains, Philadelphia is finally in position to make some progress on the court. Hinkie has assembled a young core, Dario Saric is still stashed overseas and the Sixers have the right man pacing the sidelines to oversee the on-court transformation. The job Brett Brown has done thus far has been fantastic, simply keeping morale up and getting guys to play hard, slowly building the culture he wants, and now he has some bona fide talent to work with.

The team also has the right man making the moves off the court. Hinkie has impressed with his willingness to make the right decision even if it isn’t the easy one or the popular one. He has remained steadfast in his belief that drafts should yield talent first, and things like position and role should be considered later. He is a master at accumulating assets. And he finds ways to be creative with cap space and through trades. It should be incredibly interesting to see what he does through free agency once he feels he has all the right young pieces in place.

The Sixers will still be extremely active draft players over the next few years. In next year’s draft, they could have as many as three first-round picks. They own Sacramento’s pick first-rounder in 2018 unless it’s a top 10 pick, and they have that ability to swap first-rounders with the Kings twice. In addition, they also have a ton of cap space. The Sixers are in an exceptionally flexible position, which is a good place to be considering the rigidity of the NBA’s collective bargaining agreement.

Slowly but surely Hinkie’s vision is coming to fruition. The Sixers still possess an abundance of draft picks and remarkable salary cap flexibility. Most importantly, they finally have pieces in place on the basketball court and Brett Brown will have an opportunity to showcase his skills.

It’s time for the Sixers move into phase two of the rebuild and begin to demonstrate some progress on the court, and there’s no reason to think they can’t do just that. It may be incremental, but even the smallest steps forward could help the franchise grow leaps and bounds.

One Reply to “It’s Progress Time For The Philadelphia 76ers” 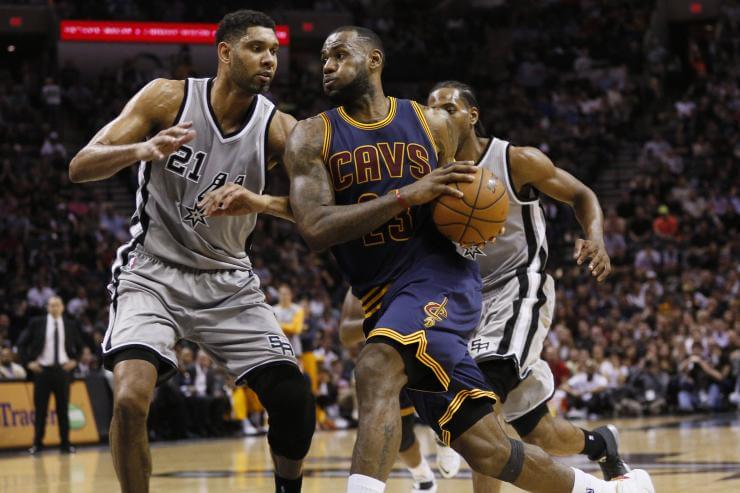 Basketball Vegas Says The Cleveland Cavaliers Are The Favorit… 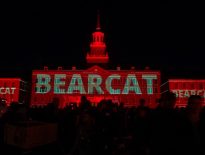 Basketball Remember When The Cincinnati Bearcats Were The Sca…
1